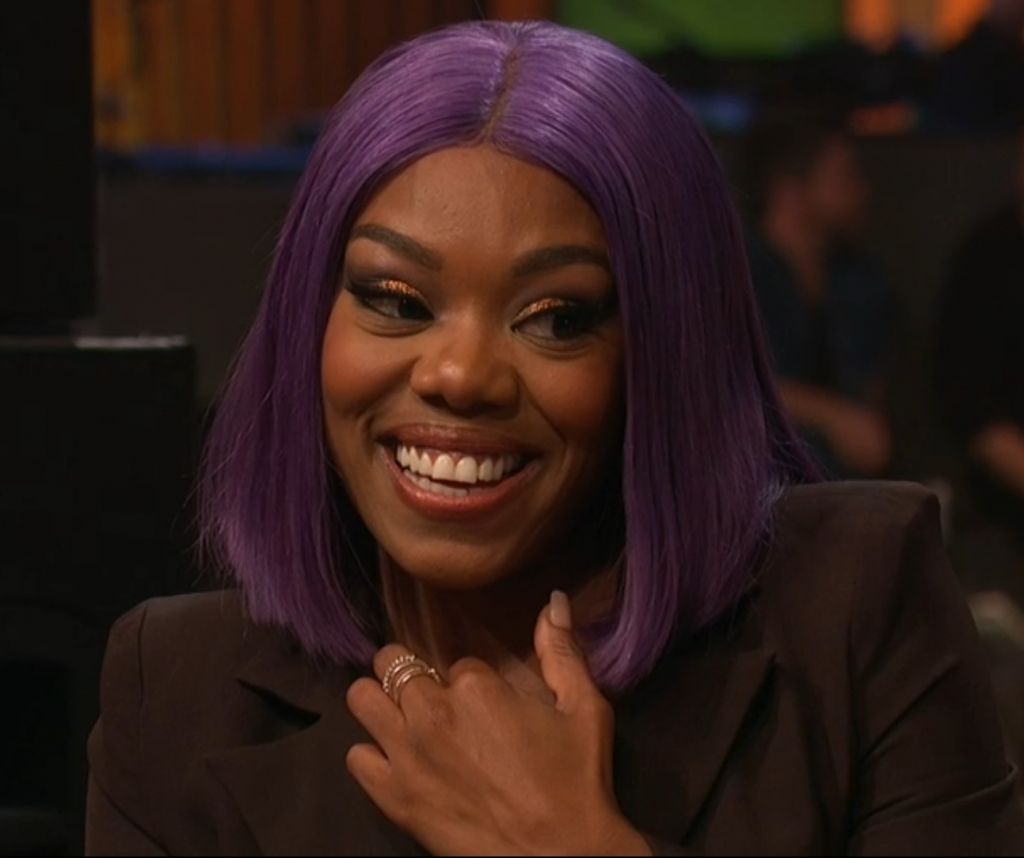 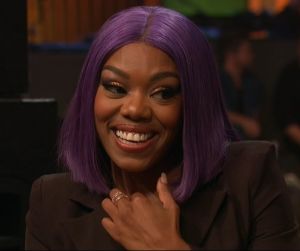 What a state?: Seafood Source report that 55% of British adults would like to eat more fish and seafood. This is the finding of a new ‘State of the Nation’ study looking at attitudes and behaviours to seafood commissioned by trade body Seafish.

We, at Callander McDowell, would ask these 55% of adults what is stopping them? After all, fish and seafood in one form or another is available in almost every retail establishment in the UK from corner shop to out of town superstore. It is not as if fish and seafood is hard to find. If they don’t want to cook it for themselves then there are hundreds of fish and chip shops not forgetting a wide range of cafes and restaurant. The UK is an island nation. We are surrounded by fish and seafood. It is there on a plate for all. There is absolutely no reason why anyone who wants to eat more fish and seafood cannot do it and cannot do it today.

The reality is that how the public responds to surveys and what they actually do are rarely the same thing. The likelihood is that these 55% of the public who say that they want to eat more fish and seafood aren’t that bothered whether they do or not.

The State of the Nation report is full of lots of statistics and Seafood Source have highlighted a couple of issues which we believe merit further comment. The first is about fish and chips. The report suggests that 44% of UK adults eat fish and chips once a month or more often. However, the report found that fish and chips is increasingly being considered a treat rather than a regular meal choice. What this means is that the British public will be eating less fish and chips in future and this could further erode overall fish consumption in the UK.

The second point is the reason why people eat less fish than previously. Price is cited as a major factor with 49% of consumers wanting to see more money off offers on fish and seafood. Seafood Source also say that several consumers wanted to see more seafood sandwich and lunch options in takeaways and cafes. This is something to which we can relate as it is an issue we have raised within our industry.

Seafish, the trade body who commissioned this report, hold regular meetings such as the Common Language Group, the Aquaculture Group and the Discards Action Group, which we sometimes attend. Seafish kindly provide refreshments including lunch. This is typically four platters of sandwiches. These are meat, vegan, vegetarian and seafood. Given these are fish and seafood industry meetings, we often ask why the sandwiches should not be all seafood. After all, if people from the fish and seafood sector are not actively eating fish and seafood sandwiches, then how can we expect the public to do so?

Love salmon: Fish Farming Expert reports that student chef Paul McLean has won a day working in the kitchen of Michelin starred chef Martin Wishart. Mr McLean submitted the best recipe idea as part of the #LoveScottishSalmon challenge at the Scottish Chefs Conference. His recipe was baked salmon, creamed spinach and ricotta gnocchi. The dish was thought to demonstrate the versatility of the UK shoppers’ most popular fish. 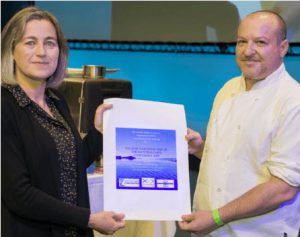 What is surprising is that the prize is to visit Martin Wishart’s kitchen because like many Michelin starred chef’s Mr Wishart does not include salmon on his menu and yet this competition is all about this fish. Such chefs like to be more adventurous than to use the UK shoppers’ most popular fish. These chefs like to be different, which is why Michel Roux’s two Michelin starred Le Gavroche serves Var salmon.  Rather than visit his restaurant, Paul Mclean might find it more interesting to visit Mr Wishart’s Honours Brasserie because there he serves Loch Duart salmon in a champagne beurre blanc. This would give Mr McLean a better insight as to how salmon can be cooked.

The salmon industry has always aimed for a relationship with chefs, although only a minority of the public will see the results. One of the salmon industry’s greatest achievements is to bring salmon to the wider public but there are still swathes of the public who have not recognised how good salmon is to eat. Chefs have only a limited ability to get their message to across so perhaps a different approach away from the traditional is what is needed.

We don’t expect that many of our readers watch the BBC music show Later with Jools Holland. The episode shown on November 1st (Series 54 :3) was co-hosted by the Birmingham rapper and freestyle queen Lady Leshurr. 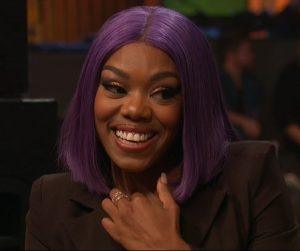 Aside from her music, what is interesting about lady Leshurr is that she is fanatical about salmon. She eats it every day and likes it whatever way it is cooked. She has even set up a Secret Salmon Society and more importantly has a massive reach to potential young consumers. It’s not often that you hear of a younger consumer proselytising about salmon.  This is something that the salmon industry should embrace.

Not wild: It seems that anti-salmon farming activist Don Staniford was invited to speak at the recent AGM of the River Spey Anglers Association. The aim of the invitation was to continue their scrutiny of the salmon farming industry. Apparently, last years’ guest was another industry critic Corin Smith.

Of course, the recent declines in numbers of salmon caught from the Spey cannot be blamed on salmon farming because the Spey empties many miles from any farm. It might be considered that the River Spey Anglers Association would have more urgent matters to discuss than salmon farming. Last year, the Spey landed 3,178 salmon. The fishing report in the latest issue of Trout & Salmon magazine says that ghillies are anticipating a total of around 4,500 this year although we have heard anglers suggest that 2019 has been another poor year.

Instead of discussing what to do about such poor numbers from this famous river, the members of the RSAA were treated to a 82 slide presentation from Don. He has kindly loaded the whole presentation onto his website so anyone can make a judgement on his views. https://donstaniford.typepad.com/files/spey-talk-4-nov-2019-2.pptm

What is noticeable for anyone prepared to wade through this long presentation that although he was asked to speak to a meeting of anglers, there is nothing in his presentation about the impacts of salmon farming on wild fish. This is because his whole case against salmon farming is based on some pictures of sick fish acquired through FOI requests and some dubious facts he has collected on his journey.

Readers of reLAKSation might remember that Mr Staniford together with SumOfUs organised a swim for salmon protest around Oban on 31st August and 1st September, after which he went to Edinburgh to try to deliver some water samples he had collected to the Scottish Parliament. After telling security that he had toxic substances, they refused to let him deliver the samples. Instead, he wanted to send them to Marine Scotland for testing. They advised him that they didn’t offer such a service. Clearly having gone to so much trouble to collect these samples, Mr Staniford would have had them independently tested and the results publicised. It’s now two and half months on and not a word. Presumably, the samples were clear, or he didn’t bother having them tested. Its all bluster rather than hard science.

Interestingly, IntrafIsh reported his week that 13,920 farmed fish were examined by the Norwegian Food Safety Authority last year. Ninety percent of these fish were salmon. No environmental toxin was found above levels set by the EU. Four samples tested positive for medicines but all four were at safe levels. No illegal substances, drugs or antibiotics were detected in any sample.

Apparently, Mr Staniford was asked about east v west coast debate. His response was that migrating salmon must pass by Orkney and Shetland where a third of Scottish salmon farms are located. This is the same response that appeared recently on the Tweedbeats website. This states that fish from the River Tweed swim north and west right into the eye of the sea lice storm from fish farms. It goes on to say that on the Tweed, they worry about the impacts of fish-eating birds and these impacts are probably over-estimated. Instead, Tweedbeats says that it is likely that the salmon farms in Orkney and Shetland do far more damage to Tweed smolts than any goosander or cormorant.

We would refer the author of the Tweedbeats website and Mr Staniford to a paper from the Rivers and Fishery Trusts of Scotland (RAFTS) written in 2011. This includes the following graph: 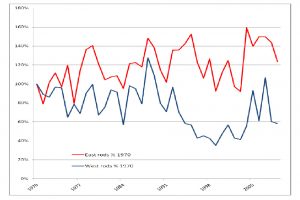 Climatic: Fish Farming Expert reports that Mowi Scotland has given details of the problems they have suffered due to warmer than average sea temperatures that occurred during 2019. This followed an announcement that an algal bloom caused fish mortality at their site off the Isle of Rum. Mowi Scotland say that their average survival across nine sites is 76%, which is below its 90% target. The company has said that the sea temperatures are the second highest annual average recorded over the last decade and this has exacerbated the challenges to fish health.

The anti-salmon farm lobby have rubbished these claims suggesting that the sea temperatures have not changed and cite monthly average temperatures based on data from the last ten years. Of course, one high year will not dramatically affect the 10-year average value.

Now a report in the Times newspaper highlights that red deer on Rum are giving birth earlier in the year due to warming climate. Researchers believe that milder conditions are changing the breeding cycle. This is changing at a rate of about three days earlier every year.

The researchers have also revealed that genetic changes caused by natural selection are playing a part. This is the conclusion after studying 45-years of data. The study is thought to help understand how populations respond to environmental change.

Interestingly, some of the anti-salmon farm lobby has rubbished this study too. It seems that anything that doesn’t support their narrative has no merit. It comes as no surprise that the only science of interest to the anti-salmon farm lobby is the science that shows that salmon farming has a negative impact. May be this is why these critics restrict their views to social media and are unwilling to speak out in public.