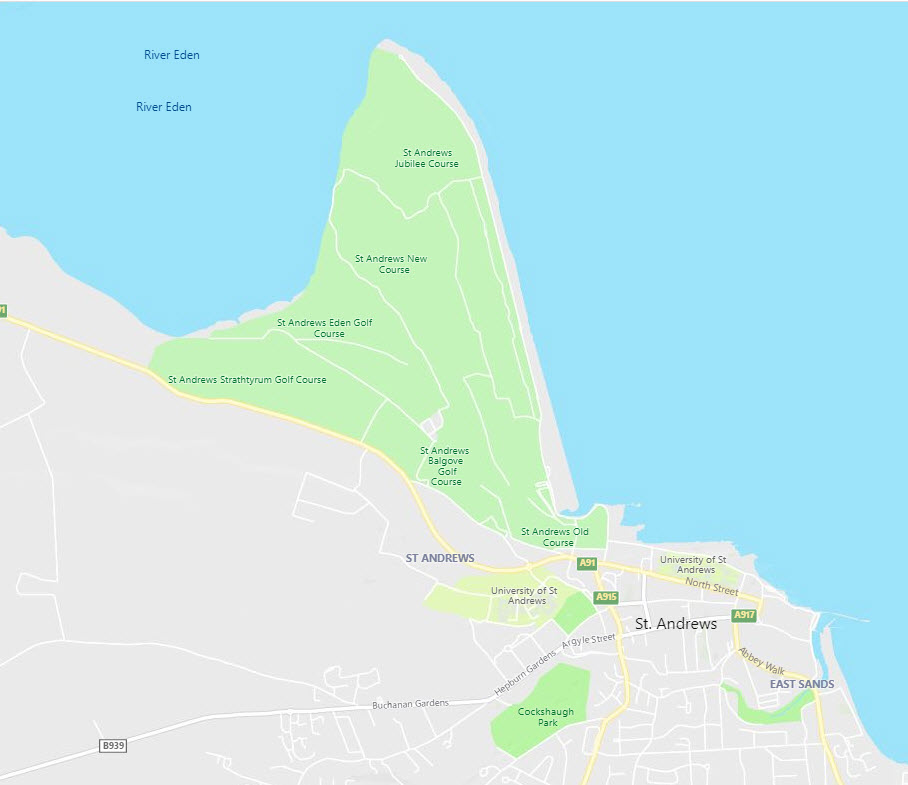 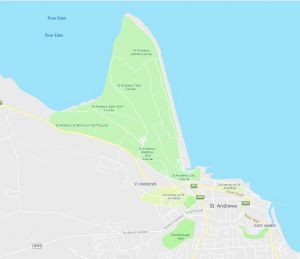 All about context: Monday night’s BBC TV programme Panorama has long been used as the next days’ chip wrapping. Wednesday’s edition about hospitals has already eclipsed the Monday night programme for the public’s attention. By next week, it will have been well and truly forgotten and rightly so. Whilst the images are unpleasant, they were not put into any sort of context. The impression given was that the salmon farming industry does not care about the environment. The programme broadcast film of the seabed under the cages. The most vocal critics would have the public believe that this is representative of the seabed throughout the west coast, but the reality Is very different, as we will aim to demonstrate. 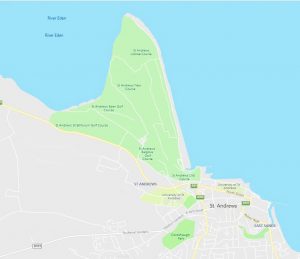 If we then pull back to increase the area covered by the map, we can still just about make out the green spit of land south of Dundee on Scotland’s east coast. 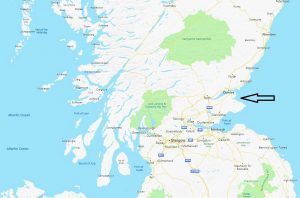 Looking at the map of Scotland as a whole, St Andrews is so small is cannot be seen at all, let alone the golf courses. There is all that sea along the west coast and yet an area that is too small to be seen is being accused of trashing the west coast. 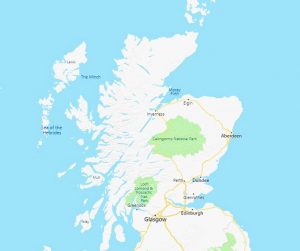 Compared to the seas around Scotland, the area under one cage, which is what was filmed is insignificant and whilst it may not be the most productive area, a host of marine life is busy recycling the waste back into the ecosystem.

We don’t know when the programme was made or over what period, but it included footage of whales, dolphins, seals and bird s of prey. The salmon industry has been operating for over forty years and despite claims that the industry is allegedly trashing the environment, we saw examples of wildlife seemingly filmed on just one boat trip! Salmon farming can’t be all that bad!

Panoramic view: It seems that other than the BBC’s news website, Panorama failed to elicit much response in the wider media. The programme offered nothing new and relied on a few repeated images to try to shock the public. It’s likely that most people weren’t even watching.

The salmon industry rarely appears to defend itself against this type of programme, we were pleased to see the following commentary from Jenny Hjul, editor of Fish Farmer magazine, which was published in the Times. As the Times is a paid for website and therefore has a limited readership, we happily repeat her comments here.

Salmon farms are the victim of wild claims and myths 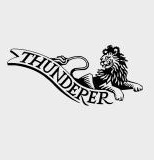 The BBC’s Panorama used to be the “window on the world”, where Richard Dimbleby, the father of current affairs television, established the standards of the corporation’s excellence. What would he have made of Monday’s “exposé” on salmon farming in Scotland, a programme that seemed to have come up with a title and then set out to prove its premise without evidence?

To describe this as sensationalist suggests that there was at least a revelation or two, but no. Panorama used its half hour of primetime viewing to rehash the narrative that salmon farming is a dirty business polluting Scotland’s pristine seas.

It wheeled out the wildlife photographer Corin Smith, a member of the lobby group Salmon and Trout Conservation Scotland. From this body of river owners, desperate to protect their riparian heritage, emanates the assault on Scotland’s salmon producers. The finger was pointed at Mowi Scotland, which farms salmon but is foreign owned, as if that proved it was the devil’s spawn. Unsubstantiated accusations, by an anonymous former employee, were left to hang in the air like the stench of dead fish.

Earlier this month the BBC’s The One Show aimed the latest in a series of pot shots at the industry, its reporter, Joe Crowley, perpetuating the myth that wild salmon and trout have to swim through clouds of sea lice en route to the ocean.

There is no science behind these attacks. Two Scottish parliamentary inquiries last year found insufficient grounds to support anglers’ demands for a ban on the industry’s expansion. What did emerge was that salmon farming in Scotland is among the most regulated food production systems in the world. The sector has existed for 50 years without any environmental disasters. It cannot be blamed for the decline in wild stocks, which are depleted in the big east coast rivers where there are no farms.

Panorama made no mention of the economic impact of salmon farming in rural areas, the 12,000 jobs it supports across the country or the resurgence in Scottish boatbuilding it has driven. It is easy to see why the likes of Corin Smith have been embraced by advocates of wild fish, but why has the BBC decided to pursue the agenda of this elite minority of wealthy landowners at the expense of the hard-working people of the Highlands and islands?

Breaking records: The official catch statistics of salmon and sea trout were finally published in April this year. Although the 2018 fishing season opened in January that year, it was only in April that we could see the how many salmon were caught (and released). This is over fifteen months after the event occurred and yet, no-one other than us, thinks that this is unacceptable. How can we monitor how wild fisheries are performing if the data is so old when it is published? Wild fish campaigners have demanded to know real time sea lice counts as they claim that high sea lice impact on wild fish, yet without real time catch data how can we monitor if such impacts exist. Surely, if it is deemed necessary for the farmed sector, it must also be necessary for the wild fish sector too, especially now that stocks have collapsed in areas where salmon farming does not exist.

One aspect of wild fish reporting that appears never to be discussed is the fact that for 2018, 168 forms sent out to proprietors, occupiers or their agents for collection of the annual catch data were not returned to Marine Scotland Science. If the salmon farming industry failed to submit even one form, there would be howls of complaint from the critics, but no one seems to blink an eye where the wild fish sector is concerned. This year is not unique for failure to return these forms. There has been a consistent failure to return forms every year since 1997 when records of forms were organised. Surely, there is no excuse for such failure especially as according to the Government website, it is an offence under the Salmon & Freshwater Fisheries (Consolidation) (Scotland) Act 2003 to wilfully refuse to return a completed catch form.

WWF lists: WWF have just released a list of 9 UK species affected by climate change. They say that our word is warming and the UK is no exception. Increasing temperatures and extreme weather events are impacting some of our most iconic species.

Number 2 on the list is Atlantic salmon. WWF say that warmer freshwater will mean that reproduction is less successful and over time this will negatively impact the overall salmon population.

Sadly, the fact that we know that climate change will have significant impacts on wild Atlantic salmon will change very little. Climate change is considered beyond the control of these involved in safeguarding wild salmon stocks so instead, they have turned their attention to things they think they can control. It isn’t necessary to look far to find an easy target.

Excellence: It was both saddening and pleasing to hear that the FEAP Award for Excellence in European Aquaculture was given posthumously to Richie Flynn at a special event organised in his memory. We always enjoyed being in Richie’s company and he is sorely missed. It is an award that is well deserved.