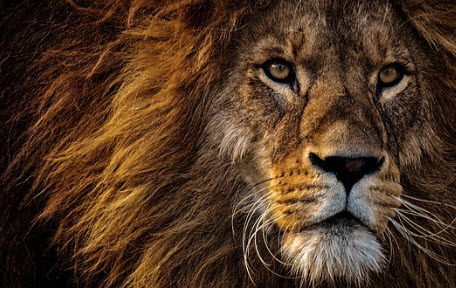 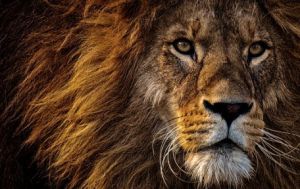 Hot-water: Participants in the recent Fisheries Management Scotland conference were given a copy of the newly published FMS 2019 Annual Review. Inside is a two-page comment by FMS Chief Executive Dr Alan Wells which is titled ‘Fish Farming – time to deliver’. He’s right. Its time that salmon farming delivers even more fish to a discerning public. For too long, development of the salmon farming industry has been hampered by constant interference from a wild fish sector that blames salmon farming for declines of wild fish. Dr Wells writes that the impact of fish framing on wild fish is the only example that does not have a regulatory system in Scotland. This is for good reason. It simply doesn’t need one. As we mentioned in the last issue of reLAKSation, Dr Wells pointed out during the FMS conference that the mortality of wild fish due to salmon farming is about 1.5% as compared to more than 95% due to mortality at sea. The huge declines on the east coast have nothing to do with salmon farms. Anglers are simply using salmon farming as a convenient scapegoat as an excuse for the inability to safeguard stocks of wild fish.

One example of this readiness to blame salmon farming is described by Dr Wells. He writes about ‘the shocking situation in Loch Roag during the summer of 2018.’ ‘Large numbers of heavily lice-infested wild adult fish, carrying significant skin damage and lesions were observed in the tidal pools below the Blackwater River. Many of these fish were dead or dying.’

The local fishery trust called in the Fish Health Inspectorate to investigate but the resulting report appears inconclusive. Any local reports have not been made public apparently because they are concerned that some people will try to obfuscate the findings. What they mean is that there are some who will question their claims that sea lice from the local salmon farm were to blame for any fish deaths. They should be concerned because we certainly question this assertion. However, we are prepared to provide a better explanation of what happened in the Blackwater during the summer of 2018.

The Blackwater first came to our attention in 2012 when the Herald newspaper reported a record catch of salmon, the largest since records began during the late 1880’s. The season did not have an auspicious start because a two-month drought led to coverage in the media of desperate fish leaping as they were trapped in pools near the river mouth. The gamekeeper, Donnie Whiteford, was concerned that there was too little oxygen in the water.

It appears that fish trapped by low water during hot weather is not that uncommon in the Outer Hebrides. The summer of 1880 was remarkable for the unusual heat and consequently salmon were unable to ascend the river. The fish suffered as a result with the development of white patches on the head and apparent blindness. Captain J. T Newall who was tenant of Scaliscro Shootings reported that as a consequence many fish died near the mouth of the rivers.

In 1905, Mr George Pople, the tenant of Grimersta fishings sent a number of dead fish to W.L Calderwood, the Inspector of Salmon Fisheries for investigation. These fish had also developed white patches on the head, but the patch had developed into a raw red sore. These were the worst that Mr Pople had seen during the duration of his tenancy. Afflicted fish were said to recover if rain allowed the fish to leave the shallow seawater pools and into the river.

Similar observations were made in Canada during the late 1930’s. Fish were trapped in a fish trap as they entered the Moser river during the summer of 1939. The fish were seen to be slightly infested with lice but as time passed, the lice became more numerous. At the peak of summer fish were seen with hundreds of lice. Some of the grilse had almost a complete layer of lice extending from the posterior edge of the eyes to the caudal peduncle. Due to high temperatures, there were a number of fish deaths. Fish were seen with white patches over the frontal region and others with bright red heads. The skin had sloughed away revealing the naked reddish flesh beneath. However, these fish had been in the river for some time and any lice had dropped off. It was reported at the time that the missing skin had not been eaten away by the lice but had become loose so that it eventually came away revealing the flesh beneath. At the time, temperatures were exceptionally high at nearly 30oC.

The common factor during all these incidences, whether involving sea lice or not is low water and elevated temperatures and our view is that the primary problem is sunburn. A review of this issue in 1991 by the University of Guelph suggests that salmon have very little protective pigment in their skin and therefore are extremely sensitive to the effects of the sun, especially when swimming in shallow water. Fish are said to develop skin sores in the areas exposed most directly to the sun especially the top of the head, spreading down to the gill covers and the dorsal fin. The affected skin first turns a whitish colour which then thickens and becomes patchy. As the sore develops, the skin flakes off leaving a whitish or pink coloured ulcer exposing the underlying cartilage and muscle. In the most severe cases, the open sores can be so large that the fish loses its ability to osmoregulate.

Importantly, the University of Guelph highlights that the fish become susceptible to secondary bacterial or fungal infections which can mask the real sunburn lesion which initiated the problem. These infections can be more devastating than the effects of the sunburn.

In his account of the events on the Blackwater, Dougie McGilvary had said that on June 15th, fish had lice but not in sufficient numbers to cause concern. A month later, the fish were showing signs of stress and cruising very slowly or remaining static near the surface with tails and fins showing. Fish were seen with damage to the head, gill covers and the dorsal fins. There is a picture of a fish in the water showing all the classic signs. Fish then started to die but although Mr McGilvary collected the carcasses, he did not mention sea lice numbers.

Given the historical evidence, it would seem likely that the primary problem suffered by these fish was sunburn with secondary infestation of lice. Despite claims otherwise, most infestations of lice are secondary in nature with numbers climbing when fish are already weak or diseased.

No doubt, we will be accused of obfuscating this event but in the absence of any other evidence, sunburn seems to be the primary issue.

It is easy to blame salmon farming. Its what anglers do. We’ve come to a situation where it doesn’t seem to matter what the problem is, it is salmon farming that is always implicated.

Genetic Drift: Some years ago, one of the questions we raised was whether salmon populations were under threat from genetic drift, the random loss of genes from a population by chance. We were interested to see that a similar issue was raised in the Guardian newspaper this week.

It seems that lions have lost some of their ability to cope with diseases, environmental change and other threats and this is because the gene pool has been weakened over many years of hunting. Not only have lion numbers plunged and their range shrunk but also their genetic fitness has declined. A new study has found that lions shot by colonial hunters more than 100 years ago were more genetically diverse than the ones that now populate Africa. This loss of genetic diversity means that lions are now less able to withstand disease or environmental problems such as heatwaves or droughts. According to the Zoological Society of London who undertook the study, it means that even more care must be taken as to the best ways to protect them. ZSL say this is a modern problem, but the warning signs have been around for a long time.

Anyone looking at the plight of wild salmon must be able to see the parallels with lion populations. Wild salmon have been intensively fished for many years but worryingly, those with the strongest genes, i.e. those that do return to their native rivers have been plucked out of the water and killed just as they are about to pass on their strong genes to future generations. It’s not surprising that stocks of wild fish are now under threat.

Down under: Kyst.no reports that the Norwegian Directorate of isheries has reported that during 2018, the sea bed condition under Norwegian salmon farms was classed as either good or very good at 91.5% of sites. This applied to farms all along the Norwegian coast with no difference in the locality.

By comparison, salmon farm critics suggest that the state of the sea bed under Scottish salmon farms is unacceptable. We can only wonder how there is such disparity between what happens in Norway and in Scotland. If we believed everything that the critics say, then the seas around Scotland would be devoid of any natural life and we know that this is not the case.