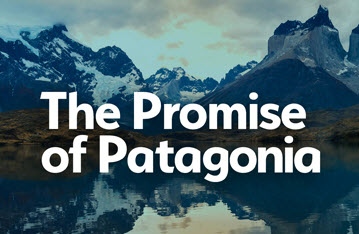 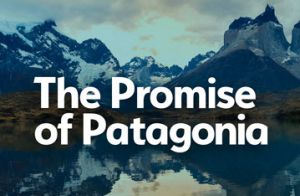 Red, Amber, Green:  Jan Arve Gjøvik has written another excellent blog (Aquablogg), this time about the Traffic Light System. We are keen to consider this issue because it is something that is being discussed in the Salmon Interaction Group and we suspect that any subsequent discussion will be rather one-sided.

Back in 2011, a report about the impacts of sea lice on wild fish was published in Norway. This report clearly stated that sea lice from salmon farms were not responsible for the demise of wild fish. Oddly, the salmon industry did not capitalise on the report; instead they remained rather quiet. Aquablogg says that this was for two reasons. Firstly, listed companies do not like to be seen to be making a fuss. Instead, they invested heavily in measures to reduce the lice burden; a strategy that has failed to stop the decline of wild salmon numbers. It might also be said that by not investing in growth, salmon prices would soar keeping shareholders happy.

Aquablogg says that the consequence of this strategy was that the farming industry has been deemed to be an environmental disaster leading to difficulties in obtaining new sites and demands for a move to land based farming.

The continued negative view of sea lice and salmon farming has led to the imposition of the Traffic Light System despite the fact that the lice infection models developed by researchers have no predictive value. By comparison, the continued decline of wild salmon shows that it is not lice that is the problem. The Norwegian lice commissariat has simply turned a blind eye to any observations that challenge the models. In addition, the researchers are part of a closed community that censors any criticism meaning that any published papers are never challenged.

Aquablogg argues that the industry’s reluctance to challenge research and the ensuing models means that salmon farming has had to adopt a rigorous strategy of repeated treatments in order to keep lice below advised levels. This has led to the faster than necessary development of resistance and consequential indirect and direct mortality. It is argued that the salmon industry has brought the Traffic Light System on itself because it failed to invest in alternative research.

This means that the Traffic Lights will dictate future development of the salmon industry. The basis for the imposition of the Traffic Lights is that sea lice from salmon farms kill wild fish. The expert group who developed this strategy are all accused of living well off research funding designed to prove that sea lice from salmon farms kill large numbers of wild salmon and sea trout. The expert group have concluded that farmed fish are a threat to wild fish and the threat is increased in areas with many salmon farms. There is simply no discussion of cases illustrating when numbers of wild salmon and sea trout have bounced back and increased even though the models show the highest infection pressure and hence the highest mortality for wild fish in the same area.

Aquablogg argue that in any other scientific context, similar observations would lead to a paradigm shift in strategy saying goodbye to the old and consideration of new hypotheses that may explain the observed paradoxes. Unfortunately, when all the members of the expert group share the same view, there is no possibility for consideration of anything else.

The experience of the Traffic Light System in Norway is very reminiscent to what has happened in Scotland. A small group of scientists pursue work intent on proving salmon farming is to blame for the demist of wild fish. These scientists refuse to discuss their findings with anyone who might disagree with their views. Anyone who stands up to disagree is vilified and now we have an Interactions Group who don’t want to hear anything but their own views and rather unsurprisingly, the Traffic Light System is on the agenda.

Secret Lives: We, at Callander McDowell, have previously mentioned the voyage of the research vessel Kaganovsky that has been cruising round the Pacific Ocean in search of salmon. The expedition is an attempt to find answers to many questions as to what is happening to populations of wild salmon along the whole of the west coast of Washington, Canada and Alaska.

The Vancouver Sun has reported that for every question the scientists have answered, a new mystery appears. For example, researchers had expected to catch an abundance of pink salmon which are much more numerous than other Pacific salmon, but this has not happened. The scientists have carried out nearly 60 test fisheries and pink salmon have represented only 10% of the catch. Pink salmon are known for their strong even-odd abundance pattern with much larger returns in odd years than even years. Since this is an odd year, the scientists expected pink salmon would dominate the catch and it just hasn’t happened.

Dick Beamish who organised the expedition said that it is possible that pink salmon are in low abundance and this will become apparent later in the year when they return to spawn. However, he says that it is possible that they just missed the pinks feeding grounds and that they were looking in the wrong place. The reality is that scientists have no idea how and where Pacific salmon intermingle in the open ocean as this has been largely unstudied.

What has surprised the researchers is that coho salmon have been the second most abundant species caught in the test fisheries, despite being one of the least abundant species. What is even more puzzling is that coho salmon are generally considered to be a coastal species that remain near the shore throughout their whole life. The researchers have no idea what these fish are doing 1,000 kilometres from land.

About half the catch have been chum salmon which have ben relatively abundant across the search area, but they are mostly thin, and their stomachs have been empty. They typically eat jellyfish, salps (a barrel shape planktonic tunicate) and comb jellies. By comparison, the sockeye salmon caught are large and fat and are in good condition. The sockeye salmon have been eating zooplankton.

What is clear is that knowledge of what happens to Pacific salmon at sea is lacking. The same is true of the Atlantic salmon. However, most of the research into the impacts on Atlantic salmon has been directed as to what happens before they start their main migration. We have discussed these issues previously in reLAKSation. We know seals eat salmon. We know goosanders eat salmon. We know fishermen kill salmon. What we don’t know is what happens to them during their journey to and from their feeding grounds. With climate change, we can’t even be sure where their feeding grounds actually are.

The wild fish sector is investing huge sums of money into research into wild salmon. Unfortunately, it seems to be targeted at things we already know. It is a pity that the wild fish sector could not join together and invest in the necessary research, like that has been conducted in the Pacific Ocean, to really find out what is happening to European Atlantic salmon out at sea. Unfortunately, it seems that more effort is being made into trying to prove that the real issue is salmon farming.

Seagone:  We have recently discussed Seafish’s latest promotional campaign to persuade vegans to include fish in their diet. This was doomed to failure from the outset since most vegans are not just committed to avoiding eating any animal flesh but also because they object to animals being killed for food.

Seafish might have recognised their fruitless approach was never going to appeal to vegans. Instead, they might have been better served by promoting a flexitarian diet instead. Flexitarianism is about moving towards a plant-based diet but also recognising that eating some selected animal flesh can be beneficial to human health and welfare.

One company promoting a Flexitarian diet is the Saucy Fish Co. According to the Grocer magazine, the company have announced a new range of frozen Flexitarian fish dishes during the Boston Seafood Show.

In addition to the obvious benefits of contributing to a healthy diet, we like these products because they are convenient and simple to incorporate into a tasty meal choice.

The new range includes three variations of a rosti, which combines vegetables such as spring onion, red pepper and chive with flaked fish to form a pattie including salmon & chive rosti in lemon and herb sauce. There is also a basa melt, a lighter alternative to a chicken kiev. This contains a red chilli and coconut sauce encased in the fish. Finally, there are croquettes such as cod croquette with a smoked paprika centre.

We have always argued that the way to get people to eat fish is to put it into different products that are not obviously fish or raw fish flesh. In the case of these new products, the salmon is incidental to the idea of eating a novel form of, for example, rosti. Hopefully, consumers eating these products might be attracted to the fish and want to eat more of it but in different forms.

Patagonia:   Seafood News reports that the Chilean Salmon Marketing Council launched a new campaign during the Boston Seafood Show. This is the ‘Promise of Patagonia’. The message to US consumers is about the salmon they will eat comes from the cold clear waters of Chilean Patagonia.

The ‘Promise of Patagonia’ will also signify farmers’ commitment to the welfare of both the salmon and the environment in this special part of the world.

However, this is not the first time that Chilean farmers have tried to use Patagonia as a way of emphasising the high quality of salmon from the southern oceans. In 2015, the Chilean industry promoted its salmon using the message ‘from Patagonia to the table’. At the time, this was a big step for the Chilean industry since until then marketing was not on the industry’s agenda. Thy could sell everything they could produce. Undercurrent News reported that Chile’s reputation had been damaged by ISA and after the industry had got over that, demand was not as great. There was recognition at the time that Chilean salmon had to become the ‘star of the show’.

What was interesting for us, at Callander McDowell, is that French smokehouses were already using the Patagonian identity to promote smoked Chilean salmon. This suggests that the Patagonian image was already recognised in Europe before the Chilean Salmon Marketing Group also saw the potential of the name.

As Chilean salmon begins again to become a global product, we will be watching to see how the Patagonian brand develops.