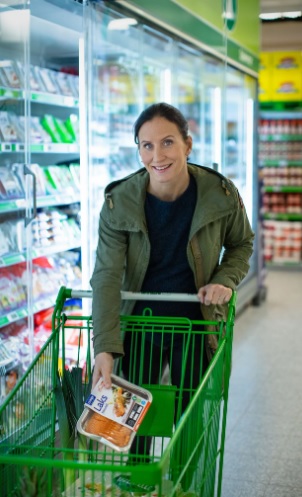 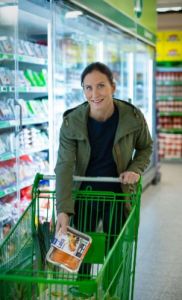 Inter-inaction: As we enter March, the latest minutes of the Salmon Interaction Group meeting from January 15th have finally been published. From our perspective, this group looks less like one about interactions and more about scapegoating the salmon farming industry for the problems of the wild fish sector.

To enhance their submission to the REC Committee, Salmon & Trout Conservation commissioned scientists from the Norwegian Institute of Nature Research to write a report about their views on salmon farming. Whether their figures are correct or not is subject to debate, but they say that in Norway, the mortality of wild fish due to salmon farming is about 10% of all fish. In Scotland, less than 10% of the total Scottish catch comes from the west coast, which means that using the Norwegian figure, 1% of Scottish fish is affected by salmon farming. By comparison, 95% of migrating fish fail to return to their home river, irrespective of west or east coast. We can only wonder why this group is even discussing salmon farming as the wild fish sector’s problems clearly lie elsewhere. The trouble is that the wild sector has spent the last forty years blaming salmon farming for wild fish declines, despite a lack of any hard evidence, and it is therefore proving difficult to direct their ire elsewhere. As in Norway, salmon farming is the number one enemy.

The minutes of the three meetings so far published highlight that various papers and reports have been circulated for members to consult. Given that sea lice are the main problem being discussed – the latest minutes list a number of ‘Hazards’ to wild fish of which sea lice is listed first – and that Dr John Armstrong is a member of the group, we have been surprised that there has been no mention of Marine Scotland Science’s major study into the impact of sea lice on migrating wild fish. This three- year £610,000 project has now concluded, and the final report published. This surely, must be at the centre of any discussion about the impact of sea lice and yet, we have not seen any reference to it in the minutes despite Dr Armstrong being one of the four scientists involved in the study. We cannot believe that this study would not be discussed, although we suspect that Marine Scotland Science would prefer for the report to be buried. This is because despite so much investment of time and money in this study, it failed to demonstrate that salmon farming has any impact at all on wild fish. It seems that no-one on the group has even raised the subject.

It seems that by heading the summary of issues as ‘Hazards’, the group appear to have accepted that salmon farming has an impact on wild fish. It’s not surprising that the group do not want to hear the views of people like us who take a different position. Perhaps, as a first step, the secretariat should circulate a copy of the book Loch Maree’s Missing Sea Trout and then actually discuss the points raised, because so far, most of the group have refused to meet us in person and discuss the issues face to face.

Opinion: Kyst.no allowed Erik Sterud of Norske Lakseelver seemingly unlimited space to express his views on salmon farming. Like his colleagues in Scotland, Mr Sterud prefers to direct his ire against the salmon farming industry rather than address the wider problems affecting wild fish.

In his latest opinion piece, Mr Sterud does make one extremely valid point and that is in Norway, scientists are happy to engage in a one-way dissemination of their research, but rarely are willing to engage in a two-way discussion especially about the validity and application of their research. Mr Sterud even goes as far as saying that there appears to be a sharp distinction between researching and thinking, especially, thinking about how their research should be used. This means that the politicians who would like to make decisions based on the research are unable to do so. This is why we need much wider discussion of the issues (perhaps something the Interactions Group should take note of).

More expensive:  Salmon Business have written about a new land-based farm to be built in Norway using NIRI technology. The last we heard about NIRI was when their test tank in Scotland was offered for sale after all the fish died.

A completely new team has taken over the company, but the technology is the same. We have previously written that it reminds us of the filter cartridges that are used in home aquaria, albeit on a much larger scale.

According to Salmon Business, the company have redesigned the technology so that it is a couple of generations ahead of what was installed in Scotland. They don’t say whether the technology has been tested through a compete growing cycle.

The company believes that the new technology will be expensive in the beginning, but costs will come down to that of offshore farming. We have yet to be convinced.

42 percent: We have previously discussed how KIWI supermarket has been promoting fish consumption by cutting the VAT on fish products. iLAKS report that the company has increased sales by 42% in the six weeks of the VAT cut campaign. However, once the campaign ended, sales not unexpectedly flattened out. KIWI wants the Government to remove VAT from fish permanently.

However, it seems that the campaign was not just about the VAT. According to Dagbladet, KIWI also ran a TV Campaign using Marit Bjørgen, the Queen of Norwegian Skiing. In the advert, Marit persuaded a young girl to eat fish for her dinner https://m.youtube.com/watch?v=UUz6Pdy-bOI . However, it seems that her influence was short-lived. 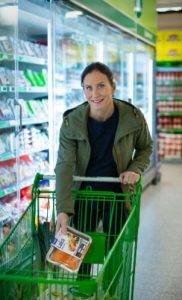 Clearly, a celebrity endorsement may not be enough to persuade consumers to buy fish, they need the added incentive of lower prices. However, once prices return to prepromotion levels, consumers are quickly deterred from buying fish.

KIWI have now decided that some incentive is needed to get consumers to buy more fish and so the supermarket has again cut prices but this time of a selected number of chilled and fresh products.

The dilemma faced by the supermarket KIWI is exactly the same that is faced by the salmon farming industry. Simply, high prices deter consumers. High prices may be loved by the financial analysts, but these analysts are not the ones buying the salmon. Many years ago, we summed up this dilemma by asking what sort of industry would we like to see?  One of high margins and small volumes or one of low margins but high volumes.

We are not sure this question has yet been answered.