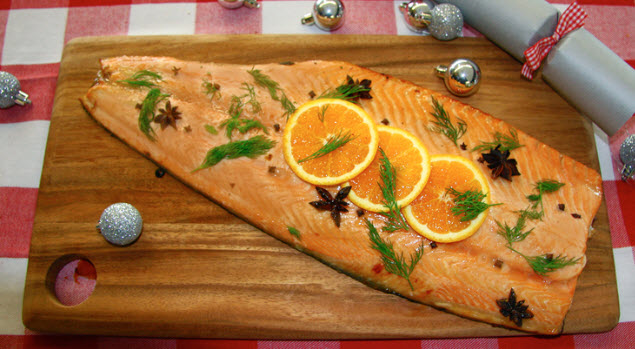 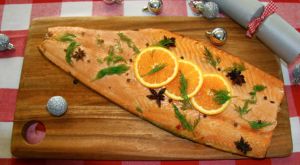 Few and far between: With so much media coverage over the last couple of years and two Scottish Parliamentary enquiries in recent months, it might be perceived that the public are strenuously against the idea of farming salmon in Scotland. Fish Farming Expert recently reported that the SEPA roadshow events held in nine locations along the west coast and islands managed to net just 275 visitors. This equates to an average 30 people per meeting and we know that this number included a number who attended to show their support for the salmon farming industry. The reality is that the anti-salmon farming lobby mainly consists of a few, very vocal objectors.

The problem is that whilst they are loud, they also are adept at spreading misleading and incorrect information about the industry, which often gets repeated. A new website targeting the industry has recently been launched. One of the first blog entries focuses on the differential between production costs and retail prices. This states that production costs for salmon are now around £3.35/kg whilst it sells in the supermarkets for about £6/kg. The author of this blog tweets under the name ‘Salmon Research’ but clearly the one thing that has not been undertaken in preparation for writing this blog is any research. We challenge ‘Salmon Research’ to identify anywhere that is selling whole salmon for about £6/kg. We suspect that they might find it difficult to even find any whole salmon in the major retailers because demand for whole fish is low and retailers tend not to stock it in any numbers. Tesco do stock whole fish at £11/kg and Waitrose at £14.99/kg – a far cry from the idea that retailers are selling whole salmon at £6/kg.

The blog continues that some commentators have suggested that salmon could be a ‘loss leader’ enticing shoppers into budget supermarkets for their cheap protein fix. We have described Christmas prices as a loss leader, but this is not something that applies to salmon alone. Supermarkets run promotions all the time across a wide range of products. This does not mean that the product is either cheap or of low quality.

It is then suggested that another year of ‘poor weather’ or ‘hot weather’ will push the cost of production above the selling price. However, our view is that this will only happen if the salmon industry is forced into closed containment, by the nonsense spouted by such critics, and then production costs will shoot through the roof. Its been suggested by others that consumers will be prepared to pay a higher price in order to safeguard stocks of wild salmon.  We suspect pigs are more likely to fly!

Our point is simple. If critics can’s get even the most basic facts, and of something which is easily checked, correct, how can any of the other ‘facts’ they regularly peddle really be trusted?

Pathetic: The news of the ‘raids’ on Norwegian owned Scottish salmon farms by the EU on February 19th has received widespread press coverage (no doubt the aim of those who orchestrated the investigation) including, rather surprisingly, the Wiltshire and Gloucestershire Standard – a local newspaper located in the south of England. One aspect of the raid which is not discussed in any of the press coverage is what prompted the investigation, that is except Undercurrent News, who initially broke the news.

Undercurrent News reported that the companies involved had already received letters notifying them that there would be an inspection some time during February. The letter said that the Commission had ‘received information’.  We bet they had, and we don’t have far to look to see where this information might have originated.

It is only necessary to look at the popular social media, to find pages and pages that repeat time over time that the Scottish industry is owned by Norwegians and that profits are being directed to shareholders outside Scotland rather than being spent in the locality. Most of this vitriol is aimed at either forcing a restriction on the growth of the salmon farming industry or preferentially, having it removed from the west coast altogether.

We, at Callander McDowell, were not surprised to hear this news. The recent Scottish Parliamentary enquiries which were expected to demand strict controls on salmon farming have been described by some in the anti-sector as a whitewash, so another form of attack was always extremely likely. This is an approach which gives critics the maximum response for minimal effort.

Sadly, this attack on the salmon farming industry is yet another example of the lengths that some critics will go to in order to attain their goal of destroying the salmon farming industry in Scotland. We can only hope that they look to the town of Swindon which this week learnt that their major employer is closing down its factory with the loss of 3500 jobs. They may also want to look to the old coal mining towns of South Yorkshire to see the desolation that remains many years after the closure of the local coal mining industry.

It’s all rather pathetic.

Wise words 2: This week’s West Highland Free Press includes a letter from an Oban resident that is worth repeating here:

“I was annoyed and a little perturbed when I saw the WHFP (1st Feb) devoting a full front-page picture and article on a bunch of oddballs protesting yet again on fish farms/wind farms. Who are these people and where do they come from? And how do they think they are elected representatives of the rest of the populace? They and their ilk are causing a stranglehold on development and improvement to areas in dire need. We should welcome with open arms multi-national companies who are willing to invest in our area and sit and thrash out deals with them for financial recompense that would be for social and economic benefit for our younger generation.”

Christmas salmon: Salmon Business reports that UK Christmas salmon sales were up 29.4% in 2018. According to Seafish, sales of seafood, particularly salmon started to increase in early December reaching a peak in the week of 22nd December. The Christmas market was dominated by salmon and prawns. Most other species experienced a decline in sales.

This is not actually surprising because from the beginning of December, stores start to stock their Christmas ranges of terrines, mousses, pates and flavoured fillets as well as a large range of smoked salmon. These Christmas products largely displace the more traditional fish items, so it is inevitable that salmon sales grow at the expense of other species. Sales always build during December with a climax in the days before the start of the holiday.

Seafish rightly point out that sales of salmon peak at Christmas and then immediately drop away. This was always a feature of salmon sales from when we began to monitor the market. Salmon sales reached a peak at Christmas and to a lesser extent at Easter. The rest of the year was relatively stable at a much lower level. During the 1990’s these peaks began to even out as the value-for-money price of salmon meant much more was being bought throughout the year. However, as prices rose again during the 2000’s, the market has returned to its former pattern with two distinct peaks at the major holiday times and a lower level of sales throughout the rest of the year.

NOK 33/kg: Interestingly, the founder of Norwegian salmon farming company SalMar, Gustav Witzøe would like to see salmon prices fall to NOK 33/kg. This is because he says that Norwegian salmon must be competitive to counter the forecasted growth of land-based salmon from the US and China. He said that the high price of salmon in Norway today has encouraged the development of land-based facilities elsewhere. Mr Witzøe believes that if reduced prices are matched by industry growth of around 8-10%, then the Norwegian salmon industry will be in a position to compete in future.

Not everyone agrees with Mr Witzøe. Nils M. Williksen general manager of Nils Williksen AS says that if prices were to fall to NOK 33/kg, then many salmon farming companies will find it tough due to the high costs of keeping farms lice free.

Whilst Mr Witzøe looks to a future of competing with large international land-based salmon farms, we have a different perspective. Firstly, we believe that the days of significant land-based production are still a long way off. There is a lot of hype and little actual production. We are not even sure how the market will react to salmon grown in tanks.

Even though we don’t think Norwegian salmon farmers have to worry about salmon prices at the moment, we would welcome a permanent price realignment around NOK 30/kg. This is because salmon would again be attractively priced for added value processing and this would kick start a much wider demand for the fish as compared to demand for fresh fillet.

Fifteen to twenty years ago, salmon was used in many different value-added recipe dishes. We still have hundreds of examples in our salmon pack library and their disappearance from the market due to high market prices stifled a level of demand we no longer see today.