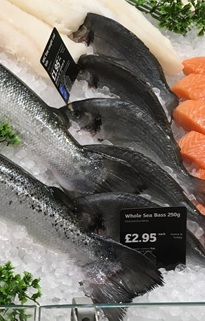 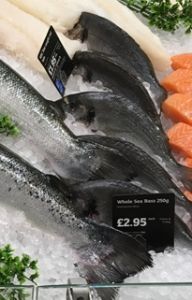 VAT free: We, at Callander McDowell, would like to congratulate the Norwegian retail chain ‘Kiwi’ for its new initiative to boost home fish consumption. The store is to cover the cost of the VAT for all its fish sales for a period of six weeks. The aim is to boost consumption by 20%, which is the same target the Norwegian Government set for itself over a period of five years.

iLAKS report that the retail chain will cut prices on almost 150 fresh and frozen fish products. The store admits that a 20% increase in consumption will be a hard ask but it says that it has had some experience with using VAT cuts to boost sales and that when it has surveyed its customers, many have said that one of the main obstacles to buying fish is the price.

In the long-term, Kiwi hopes to persuade the Government to remove VAT on fish, but seemingly the Fisheries Minister is not convinced. Harald Tom Nesvik says that competition between stores is the best way to maintain a realistic price.

Some examples of the price cuts include:

We began this commentary by congratulating Kiwi for this initiative, yet we are not convinced that they will achieve their aim. Price is always cited as a reason by consumers for not choosing to buy fish, but we don’t think it is so simple. In our experience low prices can boost sales but cutting the price doesn’t necessarily attract those consumers who rarely or never buy fish. Instead, the regular consumer just buys more to stock up the freezer for when the offer comes to an end. In this case, we don’t think that the removal of VAT will be enough to really stimulate demand.

Consumers are moving away from fish for all sorts of reasons, so we don’t think that there is any easy solution. We suspect that consumers need to be persuaded to include fish in their diet but ultimately, the message must be that fish is tasty and good to eat. Sadly, consumers are now faced with too many alternatives that can make similar claims. With so many other obstacles to overcome fish has really to stand out from the rest.

Fraud or mislabelled: According to Seafood News there are high levels of suspected seafood fraud and mislabelling at supermarket chains in New York. A year-long investigation found that more than one in four samples purchased were not sold under a federally-recognised name for the species.

This echoes the view of the NGO Oceana, who claim seafood fraud is commonplace in many restaurants however, unlike Oceana, this report from the state Attorney General’s office actually provides examples.

Of the 12 supermarket chains with 10 or more samples tested, five had rates of mislabelling that exceeded 50%. This includes the grocery chain Stew Leonard’s. The store group said in a statement that the issue involved red snapper, which they began to import about two years ago. The statement said that they had no idea that imported snapper could not be called red snapper as only domestic snapper can be labelled as such. Stew Leonard’s immediately changed their labelling saying that this is the first time they have been made aware that their labelling was incorrect.

We have some sympathy for Stew Leonard’s as it is clearly confusing if the fish is named according to whether it is imported or not.

In all, the Attorney General’s office purchased nine types of seafood at 155 locations across 29 supermarket chains.

Whilst the New York Attorney General’s office describe seafood fraud and mislabelling as rampant, we suspect that most examples are simply down to ignorance. Although ignorance is no excuse, the problem is that there are so many different varieties of fish, even using the same name.  For example, there are five species of wild salmon available in the US as well as farmed Atlantic salmon. These might be easy to differentiate when sold as a whole fish but once the flesh is cut up into small portions, then identification can become very difficult even for those with some training. With fish, like snapper, it is even harder.

Whether such mislabelling is deliberate is probably not as widespread as some claim. Instead it is simply a matter of human error. We don’t often see examples of mislabelling in the UK but in fact we pictured one in reLAKSation during the holiday period, which only one person noticed. We had seen this at the time, but we forgot about it during the madness that is the Christmas marketplace.

We have re-posted the picture we took below.  For those who can’t see the error, the fish to the right of the salmon are labelled as sea bass when in fact they are sea bream. In fact, sea bass and sea bream are sold by the store at the same price, so the labels look identical except one says bass and the other bream. Clearly, this was a simple case of human error. 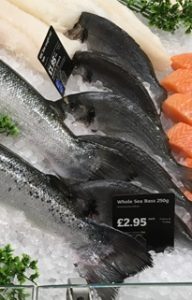 Wild about salmon: The Sunday Post reports that the head chef at one of the world’s most famous ‘Scottish’ restaurant chains has revealed his dismay that ‘wonderful wild salmon’ is off the menu. We have passed by the Canary Wharf branch of the ‘Boisdale’ several times and hadn’t realised that it is so famous.

The chef, Andy Rose, who oversees the four branches of the Boisdale restaurant chain told the newspaper that he loves wonderful wild salmon. He said it’s a joy, a treat and there’s nothing else like it. However, the restaurants are supportive of sustainable fishing and that’s why we no longer feature wild salmon on the menus. He was speaking after it had been announced that the last commercial netting station had been closed down on conservation grounds because wild salmon numbers are now so low.

Mr Rose said that even the best farmed salmon doesn’t compare. He highlighted that the wild salmon is dark and rich and is very Scottish and he loves it. Although he doesn’t say it, the dark rich references relate to smoked salmon not fresh. The smoked salmon was sourced from the Dunkeld smokehouse in Perthshire.

The salmon served at Boisdale is now sourced from Wester Ross, whose farmed salmon Mr Rose says is the closest British fish he has found to wild.

This is a bit of a puzzle as Mr Rose says that get all our farmed salmon, or the majority of it from Wester Ross direct., yet Wester Ross don’t farm in Orkney.

Given the variation of fishcake ingredients, it wouldn’t be a surprise if the fishcakes were sourced ready made accounting for their different origin.

Interestingly, Mr Rose doesn’t mention that the salmon is farmed on the menu.

Whilst Mr Rose sings the praise of smoked wild salmon, we think that the taste of wild fish is actually masked by the smoking process, especially the strong Scottish smoked. We would argue that good farmed salmon, smoked well is as good as any smoked salmon. In fact, we were given smoked wild salmon for Christmas from an angler who had caught the fish and had it smoked. It was good, but it wasn’t mind-blowingly good.

Regular readers might remember that last year, we had a meal of fresh wild salmon caught from north west England’s River Hodder. It was OK, but we have eaten farmed salmon that is just as good.

The problem with chefs, especially of upmarket restaurants, is that they believe that only wild fish and seafood is best, yet they don’t seem to have a problem serving farmed meats. Its just plain food snobbery.

Interestingly, there is a changing view in British Columbia that the best way to protect wild salmon is to stop eating them. The message has finally started to hit home on this side of the Atlantic. Maybe, other salmon countries should follow suit too.

Message for seafood: iLAKS reports that according to Peter Gulli of the marketing agency ‘Good Morning’ six out of ten consumers say that sustainability affects what they buy. Mr Gulli was speaking at the Seafood Councils, Seafood Nation conference, where he told the audience that the young are super-conscious so if they are to buy products, they must be better marketed.

He said that the opportunity for seafood is greater than ever because meat has an increasingly negative image regarding its impacts on the planet and consequently younger consumers are eating less of it.

Fish should be perceived as a viable alternative, but Mr Gulli says that a quick search of Google for meat free meals offers a huge range of vegetarian and vegan choices.  He said that he was not surprised because his daughter’s favourite meal is pancakes, although we suspect that developing a strategy based on Mr Gulli’s daughter’s favourite food may not be the best approach.

Mr Gulli said that whilst it is important to get the sustainability message across to consumers, it is also important to ensure that the fish and seafood actually taste good, if not even better than other choices.

Mr Gulli has identified some key issues but fails to realise that there is a major difference between meat free and eating fish. In essence, fish is still a form of meat and whilst the impacts are different, eating fish still has some potential impacts on the planet. This is illustrated by the fact that there are more than ever environmental groups working with the specific aim of saving the world’s seas and oceans. Younger consumers are the most likely of all sections of the public to be exposed to this type of message. By comparison, regular fish eaters don’t seem so concerned as demonstrated by the lack of interest in sustainability labels such as the MSC. In addition, part of the move to veganism is fuelled by the objection to killing any animal for food. This would of course, include fish.

Some years ago, there was an increasing choice of fish-based convenience dishes. Over the years we have bought every example and retained the packaging in our library. However, in recent times the options have greatly reduced. This is not because consumers no longer wanted to eat these convenient dishes but because they disappeared from the supermarket shelves. Most of these dishes, certainly, the most successful ones, were made from farmed salmon but as the salmon farming industry has become increasingly linked to the stock market, the pressure has been on higher prices, and thus better dividends for shareholders. This price rise meant that salmon was no longer a viable option for inclusion in convenience products and thus they have become few and far between.

It is some time since we discussed the potential strategies for the salmon farming industry. It seems that the decision has been taken and consequently, salmon is no longer the every day meal choice it could have been.

If the seafood industry wants to attract new younger consumers, it needs to take a fresh look at its approach.