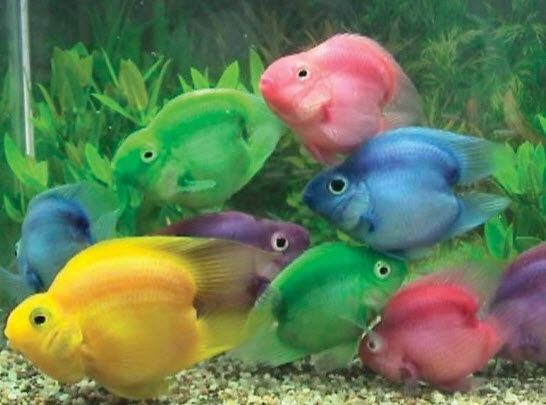 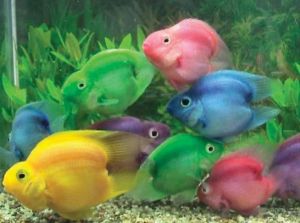 Who do you believe: A Facebook group in Norway called ‘Friends of the Wild Salmon’ includes comments responding to reLAKSation no 872. A Peter Mallinson has posted the question: ‘Who is lying here? Who has financial interest in affecting public opinion about the decline of wild salmon stocks; a market analyst from the UK or researchers in VRL?’

The answer is simple. No-one is lying? Hopefully, both we and the researchers at VRL care passionately about our own research. Its not about who does anyone believe but rather whether research should be open to public scrutiny and if so then are the researchers of VRL, NINA or IMR confident enough in their work, to be willing to stand up to such scrutiny. At the moment, it appears they are not.

In the scientific world, most research does not have any immediate implication for the wider community, but the work on sea lice certainly does. The recommendations made by these researchers can have major commercial implications for Norwegian business. We simply believe that before any business is forced to accept such recommendations, then they should be confident that the research is sound.

Finally, Mr Mallinson suggests that we have a financial interest in changing public opinion. He is better informed than we are. We have regularly stated that we are not in the pay of the industry and to the best of our knowledge will not benefit from any future changes to Norwegian policy on salmon farming.

Manchester Eats: Last weekend, as Manchester continued to bask in bright sunshine, Manchester Eats food and drink festival came to town. In total, there were over a hundred exhibitors including 30 restaurants and street food vendors, supplying visitors with dishes from around the world. In addition, other stalls housed producers and bars. 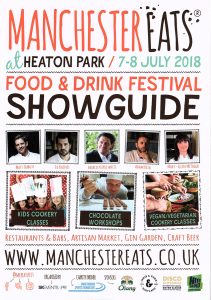 Amongst all this food, there was one notable absence and that was fish. There was no-one offering visitors fish and chips and other seafood was also notably absent. We found one of the restaurant outlets offering a portion of two trout croquettes and that was it as far as fish goes. The menu of this particular restaurant doesn’t list these croquettes as part of its normal service, which does include cod, salmon and mackerel as main dishes.

As well as all the stalls at Manchester Eats, there was a chef demonstration theatre. The main attractions were chefs Marco Pierre White, Matt Tebbutt, Ed Bains and Adam Reid. We attended the demonstration given by Ed Baines as the show guide stated that he would be demonstrating how to cook his famous Tagliolini with Whitby crab, Chilli and Coriander.

Ed Baines is chef patron at Randall & Aubin a fish restaurant that came to Manchester a couple of years ago after the success of his first venture in London’s Soho (https://www.randallandaubin.com/manchester/ ). We are not sure how famous his Taglioni with Whitby crab, chilli and coriander is because it doesn’t feature on his London restaurant menu and in Manchester, the dish is described as Tagliolini with crab and prawns – fine pasta with Devon crab and prawn cream sauce (£8.75 as a hors d’oevre). Whether the dish is famous or not is actually irrelevant since Ed didn’t actually demonstrate the dish at Manchester Eats. He did extoll the virtue of his seafood restaurant and cooked two dishes. The first was a rice noodle dish with minced pork, squid and prawns and the second was rolled lamb breast with a fresh mint salsa.

There may be concern about declining fish consumption, but we are not surprised. If fish doesn’t feature at a large city specialist food festival, whose target market were food loving consumers, then how can we expect the public to be switched onto fish.

By comparison, fish will be the highlight this weekend at the Dorset Seafood Festival in Weymouth. Over forty street food stalls are listed (http://www.dorsetseafood.co.uk/menu/ ) as apart of the Festival. It’s a pity that not even one of them could have come to Manchester!

Pricey salmon?: Intrafish.com asks whether consumers are fed up with pricey salmon. They say that salmon sales have slumped in the 52 weeks until the end of May as higher prices take their toll. IntraFish refers to data supplied to Seafish by Nielsen market research which shows that whilst the value of sales of chilled salmon have increased by 5%, the volume of chilled salmon sold declined by 5.8% to 42,009 tonnes. The price of chilled salmon per kilo was up 11.5% to £19.63/kg.

There is no doubt that there is a relationship between volume and price but we, at Callander McDowell believe that price changes are more complex than this straightforward relationship. We have plotted tonnage sold against price from the Nielsen data for the last two years. Certainly, prices have dipped slightly as volumes increased. More recently, volumes have tailed off and consequently prices have increased. In the last couple of months, volumes have picked up and prices may now be on the downturn. Over the last year, volumes have only fluctuated by just over 1,000 tonnes on total sales of between 41-42,000 tonnes. We suspect that such a difference will not have a great impact on price. 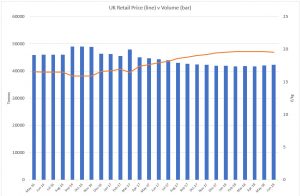 We wonder whether the changes have more to do with availability of fish. In the UK, sales have relied on imports from Norway to meet demand. If Norway was sending more fish to other markets, then the availability in the UK might fall consequently pushing up the price. Even so, consumers may still be happily buying salmon despite the price rise. We estimate, that for a typical 240g pack, the overall price has risen by about 90p a pack. Many other foods have shown similar increases, so salmon is not the exception.

We have always suggested that salmon is the main driver of fish sales in the UK. If salmon is unavailable, consumers do not look for alternative fish and are more likely to choose a different protein. We do believe that salmon sales have slowed down along with other fish species. The stores have recognised the need for a new impetus and over the last couple of months, we have seen changes to the salmon offering across a range of stores, as well as more promotional deals.

Price may influence sales, but there are several other factors to take into account too. We would argue that the market for fish at retail is continuing to change and so must the salmon industry. 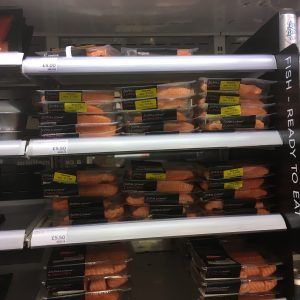 High mortality: One of the underlying concerns of both the Scottish Parliamentary ECCLR and REC committees was the reported high level of mortalities experienced by the Scottish salmon industry. At the time, our view was there had been a number of unfortunate circumstances that occurred together but also that farms faced unnecessary pressure from almost constant negative press coverage. Regardless, this year, there has been a significant improvement, especially regarding lice levels which are now extremely low.

The committees suggested that salmon mortality above 20% were far higher than seen in any other form of agriculture. Yet, whilst sheep produce two or three lambs and cows one calf, the fact that fish produce thousands of eggs suggests that many are not going to survive. Comparison of fish mortality with terrestrial animal mortality is always going to be difficult but now a report in the Guardian newspaper puts this unusually high salmon mortality into some form of perspective. A new report from the UN’s Food and Agriculture Organisation states that a third of fish caught from around the world never makes it to the plate. One in three fish caught is either discarded dead or rots before it can be eaten. In all, 35% of world catches are wasted. About a quarter are discarded whilst the remaining fish deteriorate due to a lack of knowledge or the relevant preserving equipment.

With wild catches in decline with many fisheries being overfished, this level of wastage would appear to be unsustainable yet there seems to be no outcry either from the public or politicians. By comparison, the salmon farming industry, which is inherently sustainable is subject to constant criticism.

Dyeing to confuse: Hakai magazine reports that a research group at the Royal Holloway College in London has produced a ketocarotenoid, potentially for use in salmon feeds, derived from genetically modified tomatoes. Tomatoes naturally contain carotenoids, which give them their red colour, but the amount is insufficient to use to colour salmon flesh. The researchers used gene editing and then cross breeding to produce a tomato that contained high levels of ketocarotenoid that could be used in aquaculture feeds.

Unfortunately, this ground-breaking news was somewhat undermined by the author’s lack of knowledge about carotenoid pigments calling them dyes. The article states that humans have been dyeing foods for centuries or longer mainly as an act of deception to make them more attractive to the human eye. Butter is cited as an example, as it is dyed with annato, a yellow dye derived from the achiote tree. Colour was also added to cheeses and prepared meats. The article continues that by the 1900s organic dyes were superseded by manufactured synthetic dyes. More recently, there has been a shift back to dyes derived from plants and this new tomato ‘dye’ is seen as part of this shift.

The article points out that in the wild, salmon eat crustaceans with natural pigments that give the fish their natural pink tint. Farm raised fish do not receive this natural colouration so are given ‘dyes’ derived from petroleum to mask the fish’s lack of colouration. However, dyes are very different from pigments which are metabolised within the body and end up in the flesh. This is a similar process to that which makes flamingos pink and eggs yellow. Dyeing is more akin to the process by which cloth is coloured. Unless, that colour is chemically fixed it can be washed out, whereas no matter how much salmon flesh is washed, the colour remains in place because the pigment has become an inherent part of the fish. 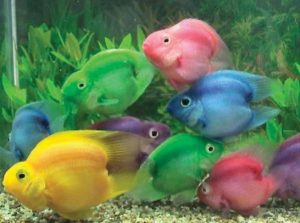 Recently Scottish Salmon Think Tank have tweeted that there have recently been howls of anguish from doubting Thomas’s who want to believe that farmed salmon isn’t dyed to give its pink colour. This comes from an article in Time.com that correctly describes how carotenoids are fed to fish. There is no reference to dyeing yet clearly there is still confusion over the difference.

Perhaps the confusion arises because some fish are dyed rather than pigmented. These are ornamental fish intended for display in a home aquarium or pond. Pets4home say that it is the unacceptable side of fish-keeping but it is widely practised. Dying is an unnatural process by which a dye or a chemical reagent is applied to the fish for aesthetic purposes. Many fish die during the process and fish that have been dyed will eventually lose the colour. Fish are dyed either by injection or dipping and both ways are likely to be painful to the fish and shorten its life. This dyeing process is not what happens to salmon and the use of the such terminology is purely intended to mislead but then much of the information distributed by the anti-salmon farming lobby is ill-informed, so why should pigmentation of the fish be any different?