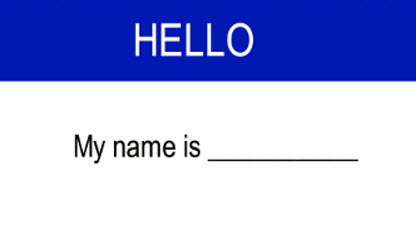 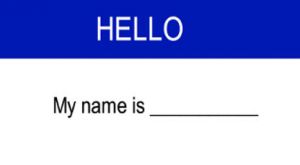 It’s not all it seems – A Personal View by Martin Jaffa: With all the recent attention given to Facebook by the international media, I was rather surprised to be alerted to the fact that I was featured on a Facebook page this week, especially as I don’t use Facebook myself. The Facebook page in question belongs to someone named Corin Smith; a name that is totally unfamiliar to me. (https://www.facebook.com/profile.php?id=100009692022108 )

Mr Smith adds that: ‘It is worth pointing out that Dr Jaffa is not, clearly a statistician, lacks analytical experience and has no wild fish background or experience. He is a marketing consultant based in Manchester. Employed by the salmon farming industry’.

Mr Smith raises two issues. The first is whether my science is a sham and the second is whether it is paid for by the salmon industry. I shall return to the question of the science but first I would like to address (once again) the claims that I am a paid for lobbyist.

Rather than have to write reams about the fact that the views expressed in reLAKSation are mine and mine alone and that I am not employed as an industry lobbyist, I thought that I would telephone Mr Smith instead. To say the least, he was rather surprised when I said my name. I asked him what evidence he had that reLAKSation was paid for by the industry and he replied that it was common knowledge. I suspect that this common knowledge is the same sort of common knowledge that transforms the most circumstantial evidence about the salmon farming industry into proven hard facts. I asked Mr Smith that if he had evidence showing that I was employed by the industry as a lobbyist to post it on his Facebook page or if not to remove his unsubstantiated allegations. Perhaps even an apology would have been nice. However, it is now some days later and Mr Smith has chosen to ignore my request. Perhaps, stronger action is required.

I had previously looked for information about Mr Smith and had determined from his various web pages that he currently offers a service as a guide for anglers as well as working as a professional photographer. However, both these occupations appear to be a recent change. Previously, he had been travelling for many years. However, during our conversation, he did say that he had been a key player in a major dot com business, but he wouldn’t say which business this was. Instead, he told me to google him. I have done this and am still none the wiser. I’m not sure why he wouldn’t identify the business, especially if it is so well-known. Otherwise, the only other information I managed to gather was that he has previously described his occupation as an ‘Investment Researcher’.

How any of this experience qualifies him to work with Marine Scotland is unclear. It is extra puzzling for me because when I tried to meet with Marine Scotland Science to discuss my findings, my request was refused on the basis that I hadn’t published a paper on the subject. On that basis alone, I am unsure as to how Mr Smith has obtained access.

What Mr Smith did say was that the method being considered to assess wild fish stocks was the same as currently being used to calculate conservation limits. He might consider this a viable alternative to catch data but in my opinion, it is not acceptable. Firstly, the data only covers a handful of years and not the sixty years covered by catch data. Secondly, five members of the Parliamentary Environment Committee voted to reject this method of assessing conservation limits claiming it was flawed and poor science.

I did ask Mr Smith if he could send me an example of the data, but no offer of this was forthcoming. This is not unexpected from the wild fish sector who constantly demand that the salmon farming industry publish all sorts of data, but rarely reciprocate. I then asked who he is working with in Marine Scotland and he replied that this information was ‘sensitive’.

It was this declaration that prompted me to make a second call to Mr Smith. Once the first call came to an end I began to wonder who might be classed as being so sensitive that Mr Smith wouldn’t say. My only conclusion was that this was a case of ‘who you know’ not ‘what you know’ and that the ‘who’ must be someone senior in the Government. I therefore called back to ask Mr Smith if his contact was a senior politician, either in or outside Marine Scotland, He neither confirmed or denied my question but instead changed the subject.

However, the new subject was even more interesting. He told me that he had been asked by the Scottish Government to review the economic impacts of salmon farming. I was stunned. Who is Mr Smith and what power does he wield? After all, he works as a photographer and fishing guide but if what he is telling me is true, then he seems to have an opening to the highest level of Government.

My immediate thought was whoever had asked him to conduct this review could not be interested in an impartial view since given what he has written on his Facebook page, Mr Smith is clearly anti-salmon farming. I suggested as much to Mr Smith, but he assured me that when it comes to his work, he is totally impartial. I didn’t believe him then and I believe him even less now, but it would concern me that others might not question his impartiality.

He then began to lecture me as to why salmon farming is an economic disaster for the west coast. He said that salmon farming has failed to create any new jobs for years and that there are no more people working in salmon farming as there were 20 years ago. He said that house prices in the area have not risen, and that people are not driving about in Range Rovers. Finally, he said that the profits from salmon farming are being squirreled away outside the country. He had plenty of time for his lecture as this second call lasted 39 minutes.

Mr Smith has already used his Facebook page to publicise his views on the economics of salmon farming with an attack on Loch Duart Salmon following the news that their managing director was shortlisted for an Institute of Directors award. He claimed that the company had been given more in grants than they had paid in tax and thus the government were actually paying Loch Duart to farm salmon. This is Mr Smith being impartial!

At the beginning of the year Mr Smith wrote in his company blog: ‘In 2017, I’ve been more public and active about salmon farming in Scotland than I have ever before. When I look back on what I’ve said it is undoubtedly overwhelmingly negative. The reality is that I have just enough knowledge to find and highlight problems but lack any expertise to contribute to practical industry solutions and I have little desire to work in the industry. However, I think I am ok with the negativity, knowing it is actually coming from a place of love and positivity’.

He continues: ‘In 2018 my fight is only going to get more intense, the call for change louder, the resistance more active, better organised and well-funded. But the fight will be honest and respectful’.

I have already seen the results of his honesty and respectfulness. It is not very pleasant.

The question is whether anyone else, including the Minister, knows about Mr Smith’s connection to the Scottish Government and in what activity he is engaged? I wonder whether it is it normal practice to seek the views of an ‘unrecognised’ external person without reference to others.

Given that we are in the middle of the REC Committee enquiry, this doesn’t seem right to me.

If it is true and he is, as he has implied, working for a senior Government politician preparing an economic review of the salmon farming sector, how can the industry ever expect an impartial assessment.’ I can only hope that whoever reads his report also reads his Facebook page.