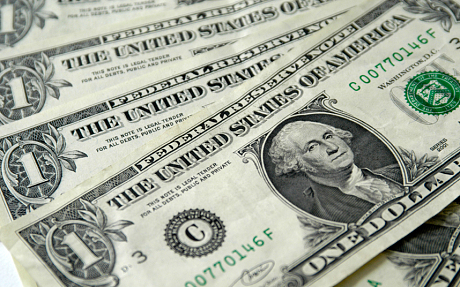 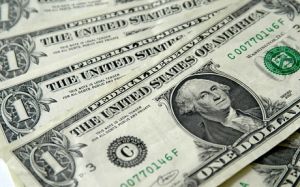 The truth will out: One of the issues raised during the last Rural Economy and Connectivity Committee meeting to discuss salmon farming in Scotland, MSP John Scott said he had read that in Norway, escapes of farmed fish are the greatest threat to wild salmon. In response, Dr Richard Luxmoore of the National Trust for Scotland confirmed that escapes are the number one threat in Norway.

The Scottish Parliament’s ECCLR Committee had also expressed concern about the genetic mixing of farmed and wild salmon which is considered to have negative consequences. This is because interbreeding of wild and farmed salmon is considered to produce fish that are of reduced fitness and survival. This is said to compromise the wild salmon gene pool. Yet, this has always been a puzzle to us, at Callander McDowell. Darwinian evolution suggests that it is the fittest, not the weakest, that survive. It would be therefore expected that if wild and farmed salmon interbreed, any fish which are not up to the mark will not pass on their genes. It has always seemed to us that the threat of escapes has been over-stated and simply yet another opportunity to undermine the salmon farming industry.

Back in 2014, researcher Kevin Glover of the Institute of Marine Research put his name to a paper measuring the risk to the environment of salmon farming in Norway, including the risk of genetic introgression of farmed salmon in wild populations. The authors judged that 21 of 34 wild salmon populations were at risk.

Now Professor Glover has re-evaluated the impact with a new model that simulates genetic ‘contamination’ of wild stocks by farmed salmon which estimates how long it will take before any farmed genes are bred out. Professor Glover ran simulations with farmed salmon making up between 5 and 50% of any stock and ran it forward for up to 200 years. At levels between 5-10%, no discernible change was detected. This is the level that is typically found in Norwegian rivers. Professor Glover does say that this is a model, but he is confident with the results. He also repeats our view that if the farmed salmon do breed, the lower survival of their offspring will ensure that they succumb to natural selection.

This is yet another example where the accusations have come first, then more robust research has shown that the threat from salmon farming is nowhere near as great as originally suggested. Sea lice have already been shown to be much less of a threat than originally claimed.

Chemicals attack: One of the issues with which the salmon farming industry is accused is polluting the marine environment with medicinal chemical treatments, even though the products used are licensed and have been approved for use in the sea.

The Guardian now reports that drugs and flea killer are major threats to rivers and eventually the marine environment. Recently, dangerous levels of neonicotinoids have been detected in several British rivers. Also, of concern is the amount of anti-flea products ending up in rivers having washed off pet animals. Equally, antidepressants and antibiotics are being detected too. Currently, there is little attempt to monitor these chemicals.

We have previously commented on the fact that wild salmon caught near Seattle have found to be loaded with antidepressants and cocaine. In all, nearly 80 different products have been found in wild salmon. These include Flonase, Aleve, Tynelol, Paxil, Valium, Zoloft, Tagamet, OxyContin, Davron, Nicotine and Caffeine. According to the Seattle Times, the scale of the problem is that estimates suggest that 43 tonnes of medicinal products could be being discharged into the waters around the Puget Sound.

At least the products used on Scottish salmon farms are being recorded. There is no estimate of how much medicinal products is finding its way into Scottish seas.

Paying the bill:  The debate as to whether salmon farming impacts on wild fish also rages in Canada. The Province is just one of several news websites that has reported that taxpayers have been left to pick up a $100,000 bill arising from claims made by anti-salmon activists.

In a nutshell, activists have complained that a veterinary testing lab has diminished the seriousness of fish farm diseases because the lab also does contract work for salmon farming companies.  The matter came to a head last October when CTV W5 TV programme (can be seen on You Tube) broadcast about the so -called conflict of interests. Eventually Premier John Horgan intervened in the criticism and ordered an independent investigation costing $100,000, the outcome of which was that no financial or technical conflict of interest was found.

The Agriculture Minister who had fuelled the conflict blamed the TV programme for airing the accusations but said that the $100,000 was well worth spending to resolve the issue.

The Province has pointed out that this is not the first time that the taxpayer has been left to pick up the bill after activists have made spurious claims, especially ones made through published scientific papers.

Canada is not alone in having to pick up the bill when activists challenge the presence of the salmon farming industry. Much of the recent criticism of salmon farming in Scotland has come from a raft of Freedom of Information requests that cover tens of years and a broad range of issues in the hope that something that can be used can be identified. It is not just Government departments that have been the subject of FOI requests but also activities within the Scottish Parliament. One activists even asked the public for new suggestions of areas to target. Of course, the Scottish taxpayer picks up the bill for every single one of these requests. The Government and Parliament ends up doing all the work and not only have to pay, but then also must respond to the ensuring accusations. If only these activists were as free with information about who funds them and why! According to The Province, much of the anti-salmon farm activity is paid for by foreign interests.

Update: since writing this commentary, we have received an email from the ECCLR Committee to inform us that they have been subject to a Freedom of Information request concerning Martin’s submission to the enquiry regarding the environmental impact of salmon farming. Readers might remember that there had been some dispute about what could be written that ended up with much of the text being redacted. Now it seems that the Scottish taxpayer is being asked to pay up again so that someone can read what Martin had written.  All the person had to do was to write to Martin to ask for a copy of the submission but instead, the Scottish public are having to pay.

One of the parts of the submission that the ECCLR Committee refused to post on their website was a comment on how Scottish taxpayers money is being wasted on a continuous flow of FOI requests solely aimed at finding more ammunition to fire at the salmon farming industry and yet it is impossible to find out who is funding the anti-salmon farming campaign and why. We know that since 2000 over $33 million has been spent on demarketing farmed salmon. Although not on the same scale, it is clear payments are still being made, either directly or indirectly, to encourage media attacks on the salmon farming industry.

Dab & chips: According to the Times newspaper, the latest research from the Marine Conservation Society shows that 80 percent of fish bought by British consumers are of the ‘Big Five’ species. This is not of any surprise because for as long as we can remember, 80 percent of the fish eaten in Britain has been of the ‘Big Five’ – cod, haddock, tuna, salmon and prawns. The MCS say that eating the ‘Big Five’ from the right sources is ok but there is so much more out there and the new additions to the best choice list are a good place to start.

The Times reports that the MCS has updated its Good Fish Guide and added new species which could be the fish suppers of the future. Top of the list is the dab (as long as it is seine netted from the North Sea).

Clearly, MCS’s message is falling on deaf ears since there has been no change to the British preference for the ‘Big Five’ for many years. Frankly, as the MCS say there is nothing wrong with eating the ‘Big Five’ we do not see what the issue is. If British consumers, don’t want to eat dab with their chips, then other markets may well want to do so. The MCS are simply out of touch. This can be seen from their top ten list which includes Queen Scallops, if they are caught from the ‘Fal’ Estuary and fished by traditional sail and oar method. We suspect that if the British public developed a taste for queen scallops fished in this way (if British consumers even knew where to buy them, they wouldn’t be on the top ten list for very long.

We have our own list of top five fish to eat: cod, haddock, tuna, salmon and prawns. They are all sustainable and if that’s what consumers want to eat, then we should be happy that they are eating any fish at all.

Maintaining reputation: iLAKS reports that a media survey has found that the reputation of farmed salmon in Norway has strengthened over the past two years. This follows a bad year in 2015 when 39% of coverage was negative against 29% positive. The remainder were neutral. However, it was the negative stories that grabbed public attention, as they do.

In response, the campaign ‘Salmon is important for Norway’ was launched. The Norwegian Seafood Council’s Bjørn Erik Stabell has said that reputation cannot be bought but money can buy attention and that is what has been achieved. We, at Callander McDowell, are not so sure. We think that reputation must be earned.

What we mean is that reputation builds over time, but it can be derailed by negative stories. Unfortunately, salmon farming attracts negative news like flies to the manure. This is because there are some whose agenda is to damage the image of farmed salmon by using paid activists.

The salmon industry has often discounted these activists as people to be ignored but they have done so to their cost. The focus has been on the industry in Scotland and Canada and thus Norway has escaped much of the recent criticism, except perhaps from the wild fish lobby. With less negative stories in the news, salmon’s reputation has improved. We are not convinced that telling people through PR at cycling events that ‘salmon is important to Norway’ will make much impression on the public’s view.

In Scotland, the public image of salmon has not yet been harmed too much. High prices have done much more damage. Instead, it is the image the industry has with politicians that is suffering. Our view is that the Scottish industry needs to start challenging the constant accusations about its environmental credentials. We believe the industry should be ‘Loud and Proud’.

In Norway, we hope the industry doesn’t become too complacent about its reputation. It can take just a little thing to change everything.

McBurger:  We’ve been in France this week looking at salmon in the run up to Easter, but that’s another story. As we left, an acquaintance said how lucky we were going to France with its good food and wine. Yet, just a few hours later we arrived in France to the news that the burger has supplanted the ham baguette as France’s favourite lunch. McDonalds is particularly strong in France.

We are not surprised. In the fifteen years we have been crossing the Channel, we have seen big changes in the French retail sector, not least with fish. France might have this image of a gourmet country but much of that image has been steadily eroded away. The burger as a lunchtime favourite was simply inevitable.