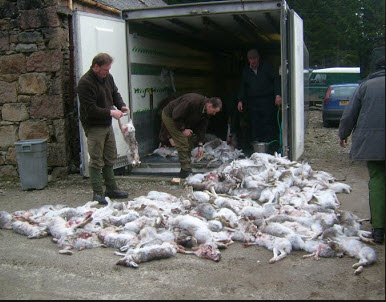 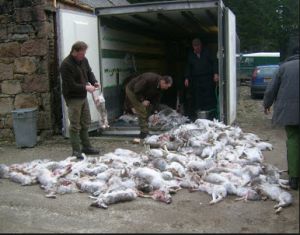 Eat away: Michael Wigan, writing in Scottish Field, discusses the latest conservation limits for Scottish rivers set by the Scottish Government. Sir Michael describes the choices that the Government makes for anglers as either putting the fish they catch back into the river or taking  the fish home to eat.

The new limits mean that there are 21 rivers in Category 1, where most fish can be killed. This is 26 rivers less than the previous year. Category 2 rivers, in which some killing is permitted now stand at 27, down from 48 whilst there are 123 category 3 rivers, where no killing is allowed.

Sir Michael says that category 3 rivers will now find it difficult to attract anglers. He said with less anglers there will be less fish caught and thus these rivers are never likely to return to the days where fish can be killed.

We are puzzled by this focus on whether fish can be killed to eat or not. We always thought that the pleasure was being out on the river and the skill of the hunt. Many anglers are now happy to return the fish they catch so we wonder why this minority must still kill fish to have an enjoyable day.

Sir Michael says that the conservation limits send out the wrong message as they indicate that most rivers are officially failing when he said that outside the west coast, most are probably not. He says that the downside of being a category 3 river is that small and far away communities lose the benefits from visiting anglers. He says that the situation would have been better had the Government not interfered with a system that worked.

We are not sure if time has clouded the past and that angling was not so rosy as Sir Michael makes out. We seem to remember repeated complaints about commercial netting on the east coast as the reason for poor fish catches. We are not sure how much improvement there has been to the overall catchsince the nets were removed.

We used to be of the opinion that the way forward would be to make all rivers in Scotland category 3 and thus make catch and release mandatory. However, we are no longer sure. Perhaps, local fishery boards are in a better position to manage their own rivers and decide whether fish can be killed. We say that power should be returned locally allowing decisions to be made on the river bank rather than in some faraway laboratory. However, if such power is returned to the fishery boards, then we would not expect them to come running to Government if things go wrong. The buck would stop with them.

Scare the hare: The Ferret news website reports that Scotland’s official tourist agency is under pressure to put a stop to the promotion of recreational hunting that results in the deaths of thousands of mountain hares. Animal welfare campaigners are calling on Visit Scotland to stop backing businesses that organise hare shooting holidays.

Visit Scotland have already removed a photograph of shooters standing behind a long line of dead hares from its website. However, the organisation says it cannot discriminate against country sports, which are worth £155 million a year.

Animal charities have launched a petition to try to persuade Visit Scotland to withdraw its support for hare-shooting. They say that tens of thousands of hares are shot every year in the Scottish countryside. About 40% are killed for sport whilst others are culled by gamekeepers to protect grouse shooting. They say that this is not the sort of tourism that Scotland should support.

Visit Scotland say that those with an interest in field sports also take part in other activities spending on retail, golfing and eating out as examples.

The Scottish Government say that large scale culling of thousands of mountain hares could not be justified and if there is evidence that the population is suffering then the Government will bring forward further protection measures.

The objections to hare shooting brings to mind as to where the line should be drawn about field sports. Deer stalking and grouse shooting are also promoted for tourism as is of course salmon angling. The question is whether any animal should be killed in the name of sports tourism?

In the case of angling, the issue is not as great as for mountain hares. This is because it is perfectly possible to go fishing for salmon without having to kill the fish. Given the large number of fish already returned to the water, the question of why any salmon needs to be killed must be asked, especially as the number of returning fish is already low. Famous rivers such as the Dee already have a mandatory catch and release policy so why is this not extended to every river so that all returning salmon are allowed the opportunity to breed.

The angling sector increasingly describes itself as conservationist. Maybe now is the time to demonstrate this with action so that angling is not put under the same spotlight as hare-shooting.

Move or adapt: In recent weeks, the press have published two different stories about climate change and fish stocks but both saying the same message that climate change will force our native stocks to move north.

The Observer newspaper reports that in a few decades, the temperature of our seas is likely to be the same as now found in waters around Portugal at the turn of the last century. This will mean that fish and seafood species that were common in the Mediterranean may soon be widespread in the waters around Britain. By comparison, fish traditionally caught around British shores will move further north. Marine biologists from Exeter University say that apart from sardines and cuttlefish which are already found in UK waters, species such as red mullet and John Dory will become more common. By contrast haddock is already disappearing from the southern North Sea while plaice and sole are becoming less prevalent. Cod however seems to be for the time being more resilient. However, the researchers do point out that the cod and sole that used to be caught in British waters are now being caught elsewhere and sold back to British consumers.

Meanwhile, another study from the Scottish Association of Marine Sciences (SAMS) have predicted that cod and haddock could vanish from Scotland’s west coast by the turn of the century because of global warming. The Times reports that cod and haddock will be increasingly replaced by more abundant saithe, hake and whiting. Between 1985 and 2013, the populations of saithe, whiting and hake off the Scottish west coast have increased fourfold.

SAMS say that traditionally British species such as cod, haddock and herring used to be highly over exploited, but recent sustainable management has seen these stocks recover. Now they are under threat from global warming. Even under the best-case scenario cod and herring stocks were predicted to collapse. The model developed by SAMS covers 41 different species from top predators such as whales and seals to many fish species and crustaceans.

Neither of these studies is really news, predictions that cold water species will move northwards have appeared regularly in the press for many years. Consumers have been previously warned that they will have to start getting used to different species such as squid and even jellyfish as an alternative to cod, but this seems unlikely. Much of the cod and haddock we eat comes from northern waters of Iceland and Norway now, so it is unclear why this should change. We would suggest that trade talks associated with BREXIT represent a greater threat to access of traditional white fish than global warming.

The greatest puzzle is what will happen at the equator and the poles. If fish from around Britain move north, then will fish already in the north move even further north. At the same time if British stocks are replaced by those from the Mediterranean then presumably fish from the equatorial region will move into the Mediterranean. Will there then be a void around the equator where fish no long exist?

No oil: Food writer Felicity Cloake, writing in the Guardian, asks, why despite research showing that eating oily fish is good for us, so many people do not eat the recommended amount. According to Seafish, typical UK consumption of oily fish is just one third of a portion which equates to less than 50g a week. However, consumption of non-oily fish is not much better at about two-thirds of one portion. Felicity says that the likelihood is that most of that fish is eaten after it has been coated in batter. Felicity Cloake asks what is putting Brits off from eating more oily fish.

She details a whole range of species that would fulfil the requirement for eating oily fish including fresh or tinned fish. She also outlines some of the health benefits that can be obtained from eating oily fish, but what is not clear is that she really doesn’t come up with any answers of how to increase consumption. Felicity Cloake says that she can understand that people might not like products such as fish paste but she asks who could fail to love a big bowl of spaghetti with sardines, chilli and lemon. Well we can think of many? Her view as a food writer is very different to that of the average member of the public.

Bee Wilson, another journalist and the author, wrote on Twitter that 23 million mackerel, 50million smoked herring and 37.5 million fresh herring were consumed in London in a single year in 1849, a year when the population was just 3 million. By comparison, an average of one portion of oily fish is consumed every three weeks. Felicity Cloake quotes Bee Wilson’s diet book in which she says that ‘if food habits are learned, they can be also relearned’ and there-in lies the problem. Persuading people to eat oily fish is not about relearning but rather learning from scratch. People haven’t forgotten about oily fish, they never knew about them at all. In fact, in our opinion, the whole thrust of the Guardian article is misplaced. The question is not whether we can get more people to eat oily fish, but can we get more people to eat any fish (other than fish and chips from a fish and chip shop)!