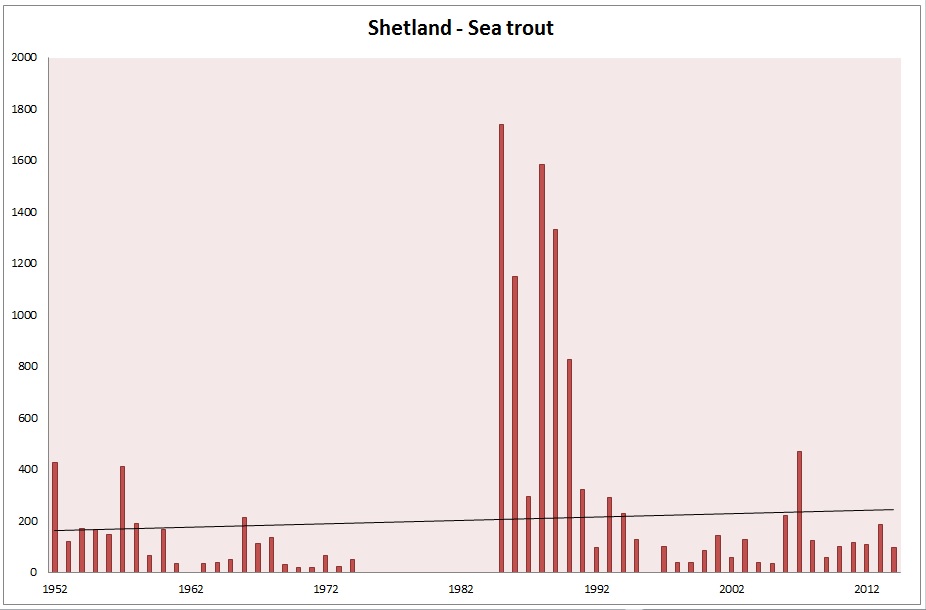 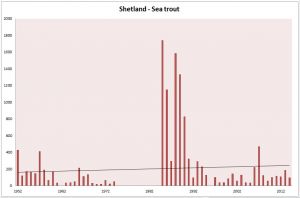 Red intensifies: The debate over the Norwegian Traffic Light System for the control of salmon farm production intended to protect wild fish intensified this week with a ten-minute debate on NRK TV between the Fisheries Minister Per Sandberg and Erik Sterud, representing Norwegian anglers.

Mr Sterud told the Minister that the light bulb had been taken out of the traffic lights allowing salmon farms to kill more wild salmon. He said that sea lice from salmon farms kill up to 30% of wild salmon each year without any control. Only when 30% and more wild salmon had been killed would any measures be taken against the farming industry.

Previously, Arnodd Hapnes, head of biodiversity at the Norwegian Society for the Conservation of Nature had told Intrafish that Norway’s salmon are under the risk of extinction and had expressed hope that the rules governing the traffic light system would be made more stringent. The yellow level, which effectively was a warning to producers to take action when mortalities were between 10-30%, meant that even If cages have a lice level that caused a 29% mortality, producers would not be penalised. He said that this would spell disaster for wild salmon stocks.

We, at Callander McDowell, are somewhat puzzled. To the best of our knowledge, it is impossible to equate the level of lice on a farm with a specific level of mortality such as 29%. In fact, we have some difficultly equating the traffic light system with wild fish mortality.

Our representative attended the ICES workshop in March 2016 in Copenhagen which was tasked with looking at the impact of sea lice from salmon farms on wild fish. The final report made it clear that currently 95% of migrating smolts die before being able to return to their home river to breed. The figure has even been quoted by Prince Charles as Patron of the Atlantic Salmon Trust and who are we to argue with royalty?

The current 95% mortality level applies to all wild salmon, not just to those migrating out of rivers located near salmon farms. The causes of such mortality include, disease, predation and lack of food amongst others. Climate change is also thought to be responsible for more deaths as only thirty years ago, up to 25% of migrating salmon managed to return to their home river.

The traffic light system has been established so that calculated mortalities of between 0-10% are ascribed a green setting, 10-30%; the yellow and anything over 30% mortality, the red light. The big question is that if the background mortality rate for wild salmon is now 95%, how can additional mortality from sea lice be 30% as this would make 125% in total, which is not feasible.

We have struggled to explain the methodology used to arrive at 30% mortality for the red light of the traffic light and we now think we have arrived at a narrative that puts the traffic light system into perspective.

We think that the difference between our view of mortality due to sea lice and that put forward by the expert group is that the traffic light model looks only at the potential mortality from just sea lice. This means that the mortality due to sea lice is expressed without consideration of the many other factors that contribute to the 95% mortality currently found today. This may be an interesting academic exercise, but we are not convinced that it relates to what is happening in the seas around salmon farms.

To put it into some form of context, it is worth considering the Formula One Monaco Grand Prix. This race is run around the streets of Monte-Carlo and when it is not race weekend, anyone can drive around the town on roads used in the race, unlike the majority of race circuits. During the race, the maximum speed attained is around 290kph and despite such fast speeds, the risk of drivers having a crash is very small, however, if anyone tried to drive on the same roads at such speeds during the rest of the year, it is highly probable that there would be a major accident.

Unlike the Monaco Grand Prix, it would be impossible to remove all the other facts that might cause death for wild salmon, leaving just the risk from sea lice. Therefore, it may be possible to attribute mortalities of 30% to sea lice in a laboratory environment but it just doesn’t apply in the real world. Migrating smolts can fall foul of numerous factors that might result in their death, some singly, some due to more than one factor. This is why extensive post smolt studies in both Norway and Ireland have found that the impact of sea lice on wild salmon is as low as one percent. Sea lice actually have a minimal impact on wild fish mortality. Unfortunately, this is being distorted by a traffic light model which we believe is being run in isolation.

Erik Sterud told the Minister that he thought that the light bulb had been removed from the traffic lights. We think that they should be switched off altogether.

Angling for answers: Erik Sterud is not the only anglers’ representative expressing displeasure at the way salmon farms are handled by the authorities. Salmon & Trout Conservation Scotland are continuing their campaign against the Scottish salmon industry with yet more emotive press releases intended to deter consumers from eating farmed salmon. It is a shame that their conservation intentions do not extend to being so vocal against anglers who still insist on killing wild salmon and sea trout for sport.

The latest missive from Salmon & Trout Conservation Scotland identifies the farms with the highest lice counts. This increased focus on sea lice deflects attention away, not just from the killing of wild salmon for sport, but also from all the other reasons why wild salmon are dying during their life’s journey. For examples, seals are said to be increasingly responsible for the disappearance of wild salmon but Salmon & trout Conservation Scotland who now make such a big thing about conservation would have some difficulty from other conservation groups if they suggested that seals should be culled. Without any solution to seals and climate change, the focus remains firmly on salmon farms, even though 95% of migrating smolts die before they can propagate the next generation. As in Norway, Salmon & Trout Conservation Scotland are unable to say how many wild fish have disappeared due to salmon farming so instead grasp at the limited information provided by the salmon farming industry.

We, at Callander McDowell, are disappointed that Salmon & Trout Conservation Scotland prefer to hide behind their computer screens issuing endless press releases rather than being willing to speak to the industry to try to resolve their concerns. We have certainly tried to speak to them and only received abuse in return.

In their press release, Guy Linley Adams, described as the solicitor to Salmon & Trout Conservation, is quoted as saying that the data shows that salmon farms have been permitted to operate with breathtakingly high lice numbers for weeks and months on end. What he doesn’t say is how this relates to the decline of wild salmon, which surely is the important point. A graph is included in the press release that shows the percentage of salmon farms in regions where sea lice numbers are over the industry threshold. However closer examination of the graph suggests that the percentage of affected farms falls for most years at the time when migrating salmon smolts might be most at risk.

We find it interesting that the comment comes from someone who is described as a solicitor. Salmon & Trout Conservation do in fact employ a scientist with a doctorate, whose job it is to influence national decision makers over the management and protection of all native fish species.

Mr Linley Adams appeared on a Radio 4 programme recently extolling the virtues of closed containment farms http://www.bbc.co.uk/programmes/b099yh86 and was talking about sea lice. He said that ‘when the juvenile wild fish come down the rivers for the first time; when they are smolts 6-7 cm long, they pick up a large number of these sea lice – the mobile stage sea lice – coming out of the fish farms. Mobile sea lice might be mobile, but we are not convinced that they are so mobile that they can attack freshly run migrating smolts.

Whilst no farmer wants any sea lice on their farm and do everything in their power to reduce the problem, the generic approach adopted by Salmon & Trout Conservation Scotland to blame salmon farming for declining wild fish populations. includes a list of every farm which has experienced elevated levels at some time or other. This is relatively meaningless because the potential risk will depend on many factors including time of the year, location and state of the wild fish stock. For example, the press release states that one of the farming company’s ‘lamentable record exemplifies the very widespread failure to control sea lice in the Shetlands. It is no wonder that mature wild sea trout are being wiped out in these islands’.

Salmon & Trout Conservation Scotland have in recent years used large mature sea trout as a measure of the health of any sea trout but they never illustrate the claim that these fish have disappeared with any data. Like all the sea trout fisheries in Scotland, we have tracked the catch data since 1952. The graph of catch data shows that at the beginning and end of the time series, catches have been relatively stable. However, for about ten years in the middle there were no catches at all. This was either because there were no fish or because there was no attempt to catch them. When angling resumed, there was a sudden harvest of fish many times greater than the base line and after six years of elevated catches, numbers caught returned to the base line level. One possible explanation was that fish numbers increased when they stop being caught resulting in a bumper harvest in subsequent years. 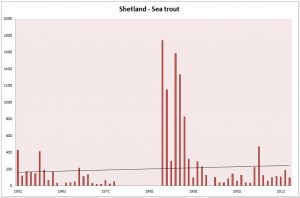 What is not evident from this data is that larger fish specifically have disappeared with the rise of the salmon industry.

Salmon & Trout Conservation Scotland say that it is time for the salmon industry to end their tobacco industry style denials and the tit for tat accusations it makes.  The simple reason is that unlike the tobacco industry, salmon farming is not the primary cause of the wild fish sector’s problems. If Salmon & Trout Conservation Scotland were willing to discuss the issues they might actually find that their concerns are misplaced.

Adding acid: Many members of the public like adding vinegar to their fish and chips. Vinegar contains 5-20% acid giving the fish and chips that distinct flavour. Now according to the BBC News, fish might be being exposed to the acid before it even leaves the sea.

A new report warns that all sea life is likely to be affected as carbon dioxide emissions from modern society are making the world’s oceans and seas more acidic. This is the conclusion of an eight-year study involving 250 scientists.

It is thought that as a result of acidification, the number of baby cod growing to adulthood could fall by a quarter of today’s numbers. The authors of the report say that acidification might affect different creatures in different ways but because of the food web, most marine life will be affected. In particular the early life stages will be more affected than adults.

This would include migrating salmonid fish which are still small when entering the marine environment. Acidic waters could be yet another reason why salmon and sea trout populations are in decline but we may never know as scientists seem too busy with their focus on sea lice to even ask the question.