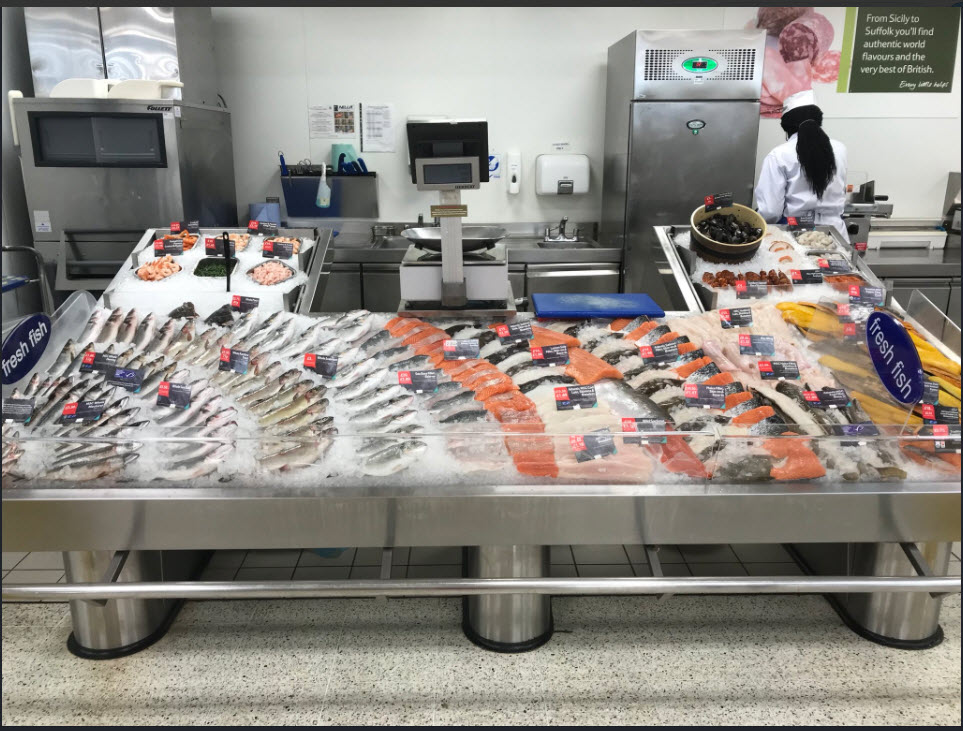 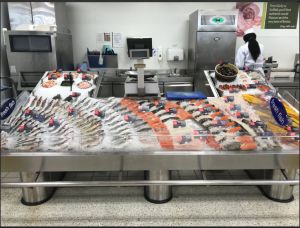 Testing Tesco: Fishupdate.com reports that Keenan Seafood of Belfast has taken over the fish counter in Tesco’s Newtownbreda Extra store on the outskirts of the city. This move is unusual because Tesco usually operate their own fish counters. Managing Director Gerry Keenan said that the company had recruited five new staff to help offer Tesco customers dozens of different lines of fish. He said that ‘we’ve witnessed a change in fish eating habits over the years and we’re excited to get face to face with shoppers to help educate and guide them on their purchases’. The commercial manager for Tesco Northern Ireland said that this is an important development for the business saying that the concession ‘signals a renaissance among local shoppers for fresh fish’. We, at Callander McDowell, wonder why if there was such an opportunity for fresh fish amongst local shoppers then why was this not an opportunity that Tesco did not exploit themselves?

The news that a supermarket fish counter was being turned into a concession was not of any surprise. We have been expecting to hear of such a development for some time in at least one of the major supermarkets. If we had been asked, we would have said that Walmart’s Asda was a more likely candidate for such a change because they have already given over some of their meat counters to McGees butchers. The fish counter would have been the next logical step.

It has been suggested that most fish counters are not profitable for the supermarkets but shoppers used to expect to see one in store even if they don’t use it. We suspect that there is a point when supermarkets say that expectation is not enough and floor space must earn its money. One of our local Tesco Extra stores recently removed its fish counter completely because of a slump in sales. Interestingly, it might be thought that the space devoted to chilled fish would be increased after the fish counter was removed but it wasn’t, giving an indication that shoppers maybe avoiding fish altogether.

The question now is whether Keenan’s can create sufficient interest within a Tesco store to stimulate fish consumption. We are not yet convinced. Many good independent fishmongers have closed down because of lack of consumer interest. We recently reported that a landmark fishmonger in the foodie area of Didsbury in Manchester closed its door after many decades of business. If Evans of Didsbury couldn’t survive the changing consumer trend for fish, then we are not sure who will. Perhaps, Kennan’s of Belfast can buck the trend. We wait to hear whether this is a one-off or whether Tesco will open more concessions.

Think or sink: Unfortunately, we were unable to send anyone to the recent Humber Seafood Summit; the first time we were not there. We had been looking forward to hearing the presentation from Claire Nutall, innovation strategist with the Brand Incubator who was to speak about how to interest the consumer. Fishupdate.com reports that Claire delivered a passionate talk urging the seafood industry to take another look at its product strategy.

Claire said that it is tough asking consumers to eat fish more than once a week unless any premium can be justified. She said that healthy eating is becoming fashionable and as a result, people pursuing healthy lifestyles were prepared to pay more for their meals. Fish is a performance food and people should be encouraged to eat more of it.

Ms Nutall told the audience that Saucy Fish has changed a lot of ideas about fish and the company should be proud of itself. She said that branding is now everything and Saucy Fish fits that perfectly. She also said that it was now time for the industry to look outside the box at further innovation and she offered the audience one idea. She suggested that products should be developed around fish flakes which then could be added to pasta or rice with various sauces to make a healthy satisfying meal. However, this is not really an innovation as all the retailers already sell plain cooked or smoked fish flakes, which can be added to other ingredients, and have done so for many years.

The fish and seafood sector does need to innovate for the retail sector but we would argue that innovation alone is not enough. We also need to educate.

The healthy eating message is also applied widely to fish but whilst consumers will shop to eat healthy, healthy eating may not be enough to persuade consumers to overcome the obstacles that stop the wider population from eating fish.

Traffic Light says stop: Intrafish report that new rules have come into force in Norway this week that measure the impact that sea lice have on wild salmon and will decide the fate of salmon production growth. This is the new Traffic Light salmon growth regime.

The new rules divide that Norwegian coast into 13 production areas. All the companies in each area can face restrictions if the total exceeds 30% mortality. If the mortality is up to 10% then production growth will be allowed. The new rules are aimed at reducing sea lice pressure on Norway’s dwindling wild Atlantic salmon stocks.

According to Intrafish, the NGO’s welcome the new system but want the rules tightened up. This is because 29% mortality rates for wild salmon would be considered to be ‘yellow’ and therefore not subject to production control. The salmon farming industry is also unhappy because they believe that the rules are too stringent and there are still questions about the models that IMR use to measure the mortality rate.

Speaking to Aftenposten, Sissel Rogne, Director of IMR, said that the models are necessary because it is impossible to investigate wild fish along the whole Norwegian coast. She said that advanced models have been developed using knowledge about biology, physical conditions in the water and data from the farms. The models are updated continuously with new knowledge but will never be 100% finished. The models can forecast whether there is a small or large problem just as a weather forecast can alert to rain or sun.

We at Callander McDowell, are not great fans of such models for one simple reason and that is they are built on the preconception of those who construct them. For example, this model assumes that sea lice from salmon farms are responsible for the decline in wild salmon and sea trout in Norwegian waters. What happens if salmon farms are not the primary cause of these declines?

We know we will be criticised for suggesting that salmon farms may not be the primary cause of declining wild fish stocks but we do believe that there is too much of an assumption of such a link. We mention this because whilst there are pages and pages of comments about sea lice on the IMR website, the section about wild fish and lice is limited to just a few lines.

The stocks of wild salmon in Hordaland have had a dramatic reduction. It is pointed out that the decline has coincided with the emergence of farming in the area, and that salmon lice can be the cause.

It is also known that fluctuations may occur in the natural survival of the salmon in the sea, from year to year and through long periods. In addition, the likelihood that a fish is infected with salmon lice will probably vary during a season because the lice larvae are not homogeneously distributed in the water masses, but are spread according to local winds and currents. In order to provide robust data that can illuminate the significance of salmon lice, time series are required, both within and between years.

It is a pity that there has not been as much effort invested in uncovering the reasons for the decline in wild fish stocks as there has in trying to impose controls on the salmon farming industry.