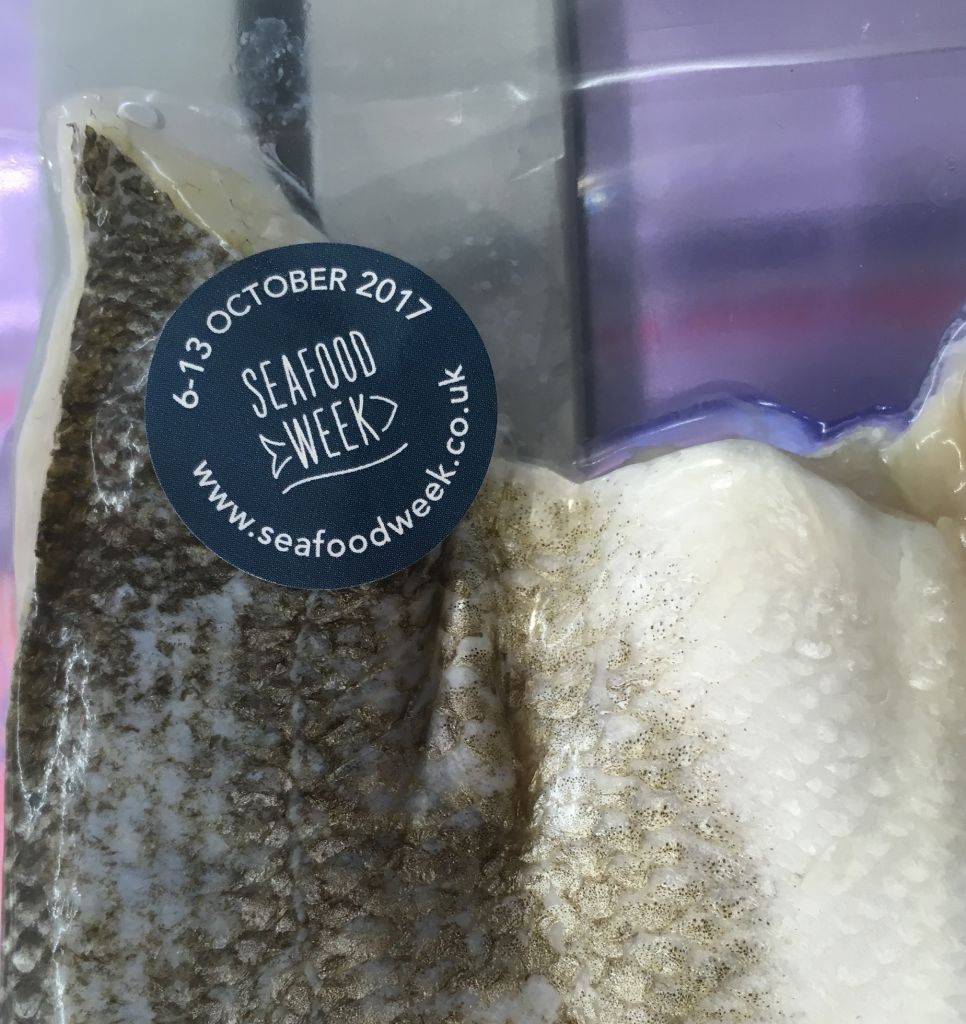 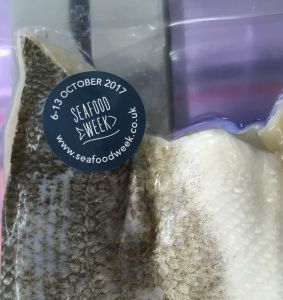 Seafood Week: It is currently Seafood Week in the UK (Oct 6th – 13th). We actually made our first spot of the promotion at 10 am on October 5th and we were going to write about what we have seen and what we think but have decided to wait until the week-long promotion has concluded before making comment. Meanwhile enjoy the fish! 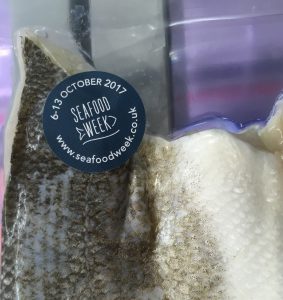 Nothing is free: FishFarmingExpert.com report that Guangdong Evergreen Co Ltd was the proud recipient of the $200,000 prize after winning the F3 Fish Free Feed challenge. The announcement that they had won the competition was made during the Global Aquaculture Alliance GOAL conference in Dublin this week. The idea behind the challenge was to promote innovative and sustainable feed ingredients that would reduce the dependence on wild caught fish for use in aquaculture diets.

We, at Callander McDowell, were not surprised to hear that Guangdong Evergreen had won the challenge. If we had been asked to predict a winner from the challengers, we would have picked Guangdong as the company most likely to sell most fish free feed. This is because they operate in China which has a much larger potential market and more significantly, they were supplying feed to farms producing carp and tilapia; species which are some of the least fussy about what they eat. It’s no coincidence that carp are known as the pigs of the fish world. The company eventually sold 84,691 tonnes of feed. The feed was cheaper than their conventional feed which may have helped sales.

Now, if the challenge had been to supply fish free salmon feeds…..

Andrew Mallinson of IFFO, the fishmeal representative organisation was also attending GOAL in Dublin. According to Intrafish, Mr Mallinson lambasted Kevin Fitzsimmons of the F£ challenge for demonising fishmeal and ‘throwing the baby out with the bathwater’. He robustly defended his industry defiantly refuting claims from Professor Fitzsimmons that fishmeal was unsustainable and more incredibly that fishmeal production is linked to slavery in Asia, something that Mr Mallinson called outrageous. Mr Mallinson said that 45% of the world’s fishmeal and fish oil is certified by the IFFO, adding that they are way ahead of any terrestrial alternative in terms of certification.

Undercurrent News also mentioned that there are some critics of fishmeal who say that species such as the Peruvian anchovy should go to human consumption yet the Peruvian Government have invested time and money in trying to persuade more locals to eat the fish but without much success.

We agree with Mr Mallinson and would argue that those concerned about the depletion of the ocean’s resources should first direct their attention towards use of fishmeal for terrestrial feed. At least species such as salmon eat fish in the wild. Cats, dogs, chickens and pigs do not. These are species towards which Professor Fitzsimmons should be directing his attention but aquaculture is an easy target.

We would also question the sustainability of some of the new alternatives. Also sharing the stage at GOAL was a representative from Calysta, the company making protein from natural gas. Surely, natural gas is a limited resource that should be safeguarded for the long-term.

We, at Callander McDowell, now have concerns about the sustainability of other marine fish such as MSC certified cod. We came across a link to an interesting short video relating to the Fish & Chip Shop of the Year competition –  http://www.millersfish.co.uk/new-blog-1/2017/9/27/millers-fish-chips-vlog-002-seafish-study-trip. This is a record of the recent SeaFish study trip to Norway which was hosted by the Norwegian Seafood Council as part of the prize for the ten chip shop finalists.

The video shows the workings of a modern long-liner and whilst we knew that long lining involved many hooks, it was interesting to see how a modern boat operates. According to the MSC website, modern long liners can set lines of up to 36,000 hooks. We don’t know if the boat shown in the video has lines of such numbers of hooks, but there were certainly plenty on display. Twice in the video (1 minute to 1.30 minutes), the hooks are seen being baited and of course, they are baited with small fish and seafood. Clearly, if the line contains 36,000 hooks, a considerable amount of fish is used as bait. This is never mentioned as part of the sustainability of catching fish by long line. It would be interesting to know, how much bait (wild fish) is used over a year by long liners around the world and how much sustainable fish is caught as a result? It would be relatively easy to calculate a conversion rate for wild fish to edible fish and to compare this with salmon feed. We might be surprised by the outcome.

Tit for tat: Seafood Roundup report that the Scottish Information Commissioner has ordered Scottish Ministers to disclose the names of Scotland’s ‘liciest’ salmon farms to Salmon & Trout Conservation Scotland. S&TCS have been seeking the names of those farms that have exceeded the new Scottish trigger levels for sea lice announced at the 2016 annual meeting of NASCO. The Scottish Government had declined to release this information because it would cause substantial prejudice to the interests of salmon farmers. Their concerns are justified since Guy Linley Adams, solicitor for the STCS has announced that their intention is to publish the names of any farms identified and then they will be asking supermarkets to stop selling any fish produced on these farms. S&TCS hope that such pressure will help improve farm management of sea lice and ultimately encourage a move to closed containment.

In common with the recent announcement that following a S&TCS petition, the Scottish Parliament’s Rural Economy and Connectivity Committee has agreed to hold an enquiry into salmon farming, the S&TCS will claim this latest news to be a major success for their campaign. However, nothing could be further from the truth.

It is no secret that sea lice are a major problem for salmon farmers. It is not a problem that is being ignored with millions being invested in working to reduce the impacts on farmed fish. It is also no secret that sea lice on salmon farms are not the primary cause for the decline of wild salmon and sea trout stocks in salmon farming areas. Extensive research has shown that sea lice are responsible for the mortality of between one and two percent of wild fish. By comparison, other factors cause the death of over 90% of migrating wild fish stocks. It does seem that Salmon & Trout Conservation Scotland are focused on the wrong issue but this is not surprising since they remain hidden behind press releases rather than be willing to emerge to discuss the issues face to face. We have reported before of our own attempts to speak to Salmon & Trout Conservation Scotland and their subsequent comments to the press that our emails must have ended up in the spam box. They say that this shows that their spam filter is working well, suggesting our attempt at email content are just junk.

Guy Linley Adams has called on the salmon industry to end both the tobacco-industry style denials about the damage it causes and the ‘tit for tat’ accusations it repeatedly makes.

We know that in part, these comments are aimed at us, at Callander McDowell. Salmon & Trout Conservation Scotland claim we are the spokesman for the industry – we are not, and whatever we say is said on behalf of the industry – which it isn’t. However, if S&TCS want to see an end to the ‘tit for tat’ accusations then it is in their power to do so. After all, it is their misguided press releases that provoke a reaction. They have got their Parliamentary enquiry so nothing more can be gained by the relentless issuing of press releases. However, if they feel that they need to maintain their presence in the media, then they should be prepared to be challenged on their claims. There will not be any curtailment of any responses simply because, people such as us don’t accept the claims that S&TCS make. We too welcome the Parliamentary enquiry because it will hopefully allow a face to face exchange from which until now, S&TCS have refused to engage.

S&TCS don’t seem to understand that our willingness to continue to challenge them is not based on a blind belief in the salmon industry but on evidential science. We certainly would be happy to stand up and allow our research and findings to be scrutinised. We are not sure why S&TCS are not so willing!