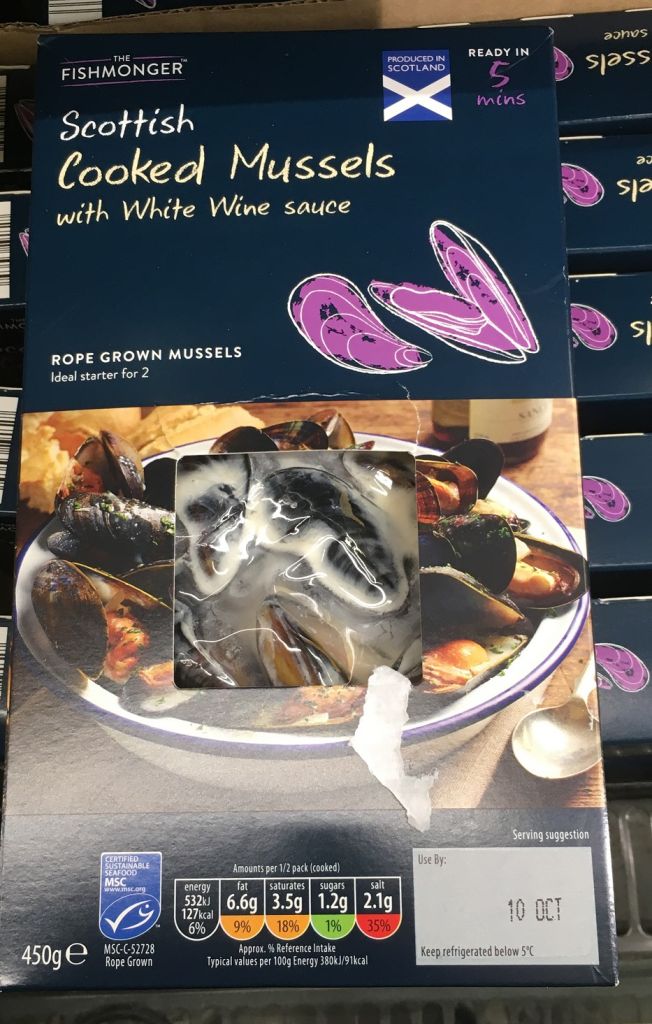 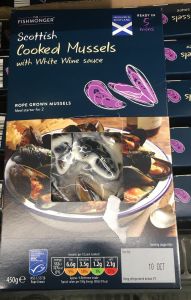 World’s first: Fish Farming Expert report that the confusingly named Loch Fyne Oysters has become the first mussel farm anywhere in the world to receive certification from the Aquaculture Stewardship Council. The company said that the certification is recognition of their hard work and dedication to provide ethically grown and environmentally friendly rope-grown mussels to customers around the globe who will have the confidence that they are purchasing the best mussels, harvested under the best practices.

This good news for Scotland, reminded us of a short TV advert we recently saw about Scottish rope-grown mussels https://www.youtube.com/watch?v=aNgLfwJeKKA that promoted their sustainability. The advert actually won the inaugural MSC Marketing Award for 2017. This was because as can be seen in the advert, Lidl’s Scottish rope-grown mussels, like those in other stores, have been certified by the Marine Stewardship Council.

We, at Callander McDowell are struggling to understand the difference between Scottish rope-grown mussels that are certified by the ASC and those certified by the MSC. Is there supposed to be a difference or are they the same? If so, why are both organisations certifying the same species and production method? 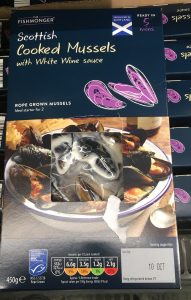 Staying with ASC: The ASC and MSC have been running their ‘Think Fish’ campaign in the Netherlands. We recently came across a Tweet from the ASC which says:

Farmed salmon polluting and full of antibiotics? Not if you pick a ASC-certified fillet. Know more? Check out http://bit.ly/2k94mZb

We, at Callander McDowell, think this is an example of the worst type of campaign. It may be well-intentioned but the implication for the average consumer is that farmed salmon is polluting and full of antibiotics. Rather than encourage a move to ASC certified fish, the reality is that consumers will be deterred from eating any salmon because they will be left with the misleading impression that farmed salmon are both polluting and full of antibiotics but then that is exactly the impression that many environmental NGO’s would like the consumer to believe.

Communication: By coincidence, the Journal of Ocean Technology recently published an article about communicating the aquaculture message written by Ian Roberts of Marine Harvest in Canada. A copy of the article can be found at http://marineharvest.ca/about/blog-marine-harvest-canada/2017/communicating-aquaculture/

The article begins with a quote from the TV series ‘Breaking Bad:

“We’ll put food colouring in it. Make it any damn shade you want.”

“Yeah, like they do farm-raised salmon. I mean, you ever see how pink they make that crap? Like Flamingo pink. Sure don’t come out of the ocean lookin’ like that.”

This edition of the programme concerned drug dealers trying to perfect the blue colour of their drug. Ian says it is a mystery why the writers and producers of the hit TV show decided to include a fact-lacking potshot at farm-raised salmon in their script.

The answer is of course that salmon farming is an easy target for the environmental NGO’s who ultimately have to justify their existence. Spreading negative messages via whatever medium is available ensures that their ‘cause’ remains in the public arena. If they create negative stories then they are then able to offer supposedly positive solutions.

This was not always the case. It is hard to believe but salmon farming was once seen as the solution to declining wild stocks. It was the green option. However, all this changed with the fall of the Berlin Wall. When the wall came down and relations between the west and east improved, all the NGO’s that had been up until then focussed on nuclear disarmament, no longer had a cause to fight. They quickly found an alternative in the oceans and especially in the fight against aquaculture. From being the green option, aquaculture had become the bête noire for the environmental sector, often fuelled by misleading and flawed science.

Staying in Canada: Last month, there was a major outcry after salmon pens belonging to Cooke Aquaculture broke up releasing thousands of fish into the waters off Washington State. Protesters claimed that the escaped fish threaten already dwindling stocks of wild salmon. According to Intrafish, the escaped fish would compete with wild fish for food and expose wild fish to disease.

Following the loss of these fish, Victoria News reported that the town council of Sooke has voted to ban net pen farming due to the risk to wild fish stocks.

Now it appears that Atlantic salmon were swimming in Canadian waters long before the arrival of salmon farming to British Columbia. According to the Vancouver Sun, since 1905, more than eight million Atlantic salmon had been intentionally released into BC rivers and lakes. With the support of the federal government, dozens of attempts were made to establish viable Atlantic salmon populations on the west coast for thirty years until 1935.

The lessons learnt from these intentional releases were that Atlantic salmon don’t do well in the Pacific Ocean. They don’t feed well and never established a viable spawning population outside their natural range – unlike Pink Pacific salmon, which appear to have adapted to Scottish waters.

One of the reasons Atlantic salmon were released was that they were highly prized as game fish and fish were sourced from as far as way as Scotland. Nearly 200 different introductions were made into 52 different water bodies but none were successful.

By comparison, introductions that have been successful include Brown trout, Speckled Char, American Shad, Largemouth Bass, Smallmouth Bass and Yellow Perch. It’s a puzzle that there has never been a major outcry about these species, but only against the one that has never managed to become established.

As we previously suggested, salmon farming is an easy target against which it seems to be open season and fair game.

Returning to Scotland: According to the Twitter feed ‘Fish is the Dish’, only 30% of Scots eat the recommended two portions of fish a week. This news comes as the launch of Seafood Week approaches. 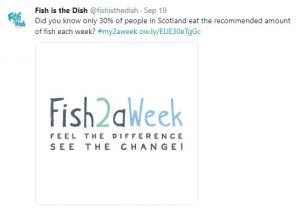 This is the third year the newly revamped promotion is taking place. A similar promotion ran for nearly a decade a few years ago. The aim of these annual promotions is to encourage the public to eat more fish yet, the latest consumption statistics is highlighted by ‘Fish is the Dish’ appears to show that such promotions are not working.

We, at Callander McDowell, would suggest that the reasons why consumption has not increased are complex and that there is no silver bullet solution. We do think that given the limitations on funding, generic promotions are too generalised and should be replaced with targeted promotions that encourage those who never eat fish to start doing so.

We shall certainly be monitoring Seafood Week and will pass on our observations in future issues of reLAKSation.

More fish: An article in Fish Farmer magazine by Jon Gibb, of the River Lochy, highlights the work of Jens Christian Holst, a Norwegian marine biologist who attributes the reduced survival of Scottish grilse to an explosion of pelagic fish stocks. Mackerel, for example have expanded their range all over the North Atlantic and are considered to be superabundant in areas of the North Atlantic previously never been home to this species, such as Iceland to Greenland.

The mackerel are now competing with migrating salmon for food and it has therefore been proposed that international quotas for mackerel should be increased to enable the salmon to thrive.

However, it is not just the western side of the Atlantic that is rich in mackerel. Undercurrent News recently reported that Norwegian surveys of mackerel biomass found stock levels are the highest ever found. The mackerel index was up 13% year on year.

Yet, despite these findings, the latest news from Intrafish is that ICES have recommended that the mackerel quota for 2018 should be slashed, down 35%. Audun Marak, of the Norwegian Fisheries Association said that he was disappointed by the news especially as ICES appear to have such a negative picture of the mackerel stock.

If Jens Christian Holst is correct of his assessment of the impact of mackerel on wild salmon, then the outlook for wild salmon in coming years looks bleak (salmon farming will get the blame regardless) but at the same time, a reduction in the mackerel quota is a missed opportunity to target increased fish consumption.