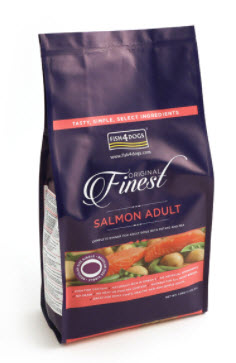 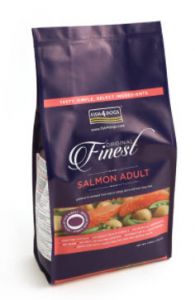 Shout for trout: One of the presentations at the World Seafood Congress held this week in Reykjavik concerned the market position of trout in the UK as highlighted by Intrafish in their blog from Iceland. Dimitar Taskov from the University of Stirling told the audience that traditional trout production in the UK is in decline, predominantly due to a lower demand for the traditional portion size fish. We would agree as trout are not only suffering from a more general decline in fish consumption but also because consumers do not want to buy a whole portion sized fish complete with head, eyes fins and scales. These are well-established barriers to consumption but are difficult to overcome. This is because most table trout farms are limited by the supply of clean running water. As a result, they tend to be small businesses often run within the family. They have almost no scope for expansion. Many of these farms also produce trout for restocking, which was often their original purpose. Some farms operate a fishery, sell some table fish and smoke some fish to help with profitability.

Mr Taskov asked how can this sector turn this around. He said that this was difficult especially when there is competition with salmon and little differentiation between them. He said that some smoked trout and salmon products sell for the same price and that there is only a minor difference in the price per kilo when it comes to rainbow trout fillets and salmon fillets. Actually, he is mistaken as we are aware of at least one major British retailer where the price of rainbow trout and salmon fillets is exactly the same.  According to SeaFish’s Nielsen report, there is even more of a difference with trout selling at an average £12.23/kg against salmon at £16.49/kg. The real difference however is that whilst British consumers buy around 55,000 tonnes of salmon at retail, they only buy just over 3,000 tonnes of trout.

IntraFish’s blog reports that Mr Taskov said that one producer tried to break into the salmon market by selling the fish as ‘Salmon Trout’. This is a term that we thought had disappeared into history. Unlike, Mr Taskov, we have not seen any large rainbows sold under that name although as we recently pointed out, at least one company has incorrectly renamed the fish as Sea Trout. These fish are not the table trout found on retail counters.

In Scotland, a couple of producers have recognised that rainbows can not only be grown in sea water but grow well. The fish are large enough to be portioned and therefore are directly competing with salmon. The fish are marketed under the name Loch trout and this new nomenclature means that there is no confusion over which fish is which. However even with skinless and boneless portions, attracting new custom is difficult. The Loch trout is still just another piece of fish and fish in general is increasingly off the home menu.

It is not just the UK that is seeing a downturn in trout. Back in April, Kyst.no reported that the monthly statistics showed that the export volume of trout had declined by 39% to 4,400 tonnes compared to 2016 and that the biomass was 26,000 tonnes down 30% year on year. However, it was only in July that the Norwegian Seafood Council had expressed that there was great potential for Norwegian trout in the UK market. The fish known as Fjord Trout, sold 183 tonnes in the first five months in the marketplace. The forecast was that this might increase to 2-3000 tonnes.

We, at Callander McDowell are not so optimistic. This is because the market for trout is in decline and that like Loch trout, Fjord trout must compete against the much more popular salmon. However, the market outlook is potentially bleaker as not only does Fjord trout must compete against salmon, it also must compete against the much more established and identical Loch trout. Fjord trout was originally offered as a whole side in one British retailer. Customers could ask for a portion to be cut from the side but this was not made clear at the point of sale. In addition, the same counter was selling pre-cut portions of Loch trout. Even though the Fjord trout was being sold at a much lower price than the comparable Loch trout, it has not made an impression on consumers, at least in our estimation. We say this because we now have great difficulty in finding Fjord trout on any fish counter.  This is despite the engagement of a local chef ambassador to promote Fjord trout in the UK.

Mr Taskov suggested to the audience at the World Seafood Congress that perhaps differentiation is the way ahead. That was once our view, but we do not now think that differentiation is enough. We have seen some very nice differentiated trout product ideas appear and then quickly disappear from the retail sector. Obviously, the consumers weren’t that impressed.

Our view is that it is not trout that are the issue, but fish in general. Unfortunately, trout just have an even bigger hurdle to overcome than some other more common species.

Diverted: Meanwhile a discussion took place at the Intrafish Seafood Investor Forum in London as to whether diversification is the key to the future of the seafood industry. Certainly, this has been our view for many years as expressed in a discussion document that we wrote in 1990. At the time, our view of the salmon industry in Scotland was of an industry comprising just a handful of companies that would be fully integrated producing a range of products for retail and fully serviced with eggs and feed. We have never changed our view and we still believe that this will be the future of salmon farming and not just in Scotland.

The speakers at the Investment Forum held very different views. Certainly, Helge Moen, the CEO of Kverva has a different opinion. He argued that salmon companies should stick to what they are good at so that salmon producers would stick to production leaving other companies to focus on distribution or processing. Whilst there is some merit in this view, it would severely restrict industry development since every salmon company would be producing exactly the same product and thus would be indistinguishable each other. After all, salmon flesh is just salmon flesh.

Salmon prices are currently high so profitability is not a major issue, however this would change if prices were to fall. The ability to add value to the raw salmon flesh would be a major benefit if margins were to be squeezed should prices fall and with time, there is no reason why they won’t.

Thor Arne Talseth of Amerra Capital Management questioned whether a company can be best at everything when there is more than one focus to the business. He said that it is possible but it is a complex proposition. He added that producers would need a sales or marketing department to bring the business together and few companies have been successful taking this approach. Of course, many salmon producers in Norway currently rely on export companies to sell their salmon and have not really needed sales and marketing specialists. This could be a big step but it is one that those companies with ambition need to take.

By comparison, Per Even Hauge appears to agree with our view, at least in part. He said that vertical integration combined with diversification of species and geographies is the future. For us the question is whether farming companies should diversify into wild fish as Mr Hauge would suggest. This would seem to make sense since retailers are often looking for a broad range of species from as few suppliers as possible. We would argue that the future of fish supply is through farming and thus the focus on diversification should be on farmed species not wild caught but at the end of the day, fish is fish and most consumers are not that interested in whether the fish they buy is wild or farmed as long as it tastes good and is the best value for money.

Doggedly fishy: In an article for Ensia, a magazine that looks at environmental issues, Scott Nichols, formerly of Verlasso, promotes the idea that aquaculture is the way forward to feeding a growing global population. He however does say that there is a caveat and that is that many farmed fish species are still fed on feeds made from marine proteins from wild caught fisheries. He said that there is a growing desire, especially within the salmon farming industry to use alternative proteins such as soy or insect meal.

Fish feeds have come a long way since the early days of the industry when fishmeal was the major constituent. Much of the fishmeal has now been replaced, not just for environmental reasons but also for cost. However, there is now pressure to replace the small amount of fishmeal that remains in order to save our seas.

Unfortunately, this message seems to be aimed just at the aquaculture industry and not the other users of fishmeal.  We have already highlighted this year that fishmeal can be bought from a number of retailers as a garden fertiliser. We have also highlighted the widespread use of fish in cat foods, which amounts to about 2.4 million tonnes of fish a year globally.

We were not surprised to therefore see a two-page advert in ‘At Home’ magazine promoting delicious fish for dogs under the brand name ‘Fish4Dogs’. The advert focused on a range of feeds made from Cornish sardines. However, there are also varieties based on salmon and whitefish. It seems rather crazy that fish protein is being used in feeds for animals that don’t normally eat fish yet, there is pressure to remove fish from the feeds of animals that actually eat fish. Of course, Fish4 Dogs is not unique as other pet food suppliers also use fish in their feeds.

It remains a puzzle why the environmental sector thinks it’s wrong for aquaculture to use wild fish, which many carnivorous fish normally eat in nature, yet turn a blind eye to the use of wild fish in pet food. Actually, it’s not a puzzle at all as the reality is that pet owners would give short shrift to anyone who would stand in the way of their beloved pets from getting only the best available. 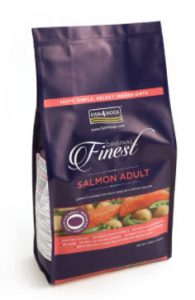