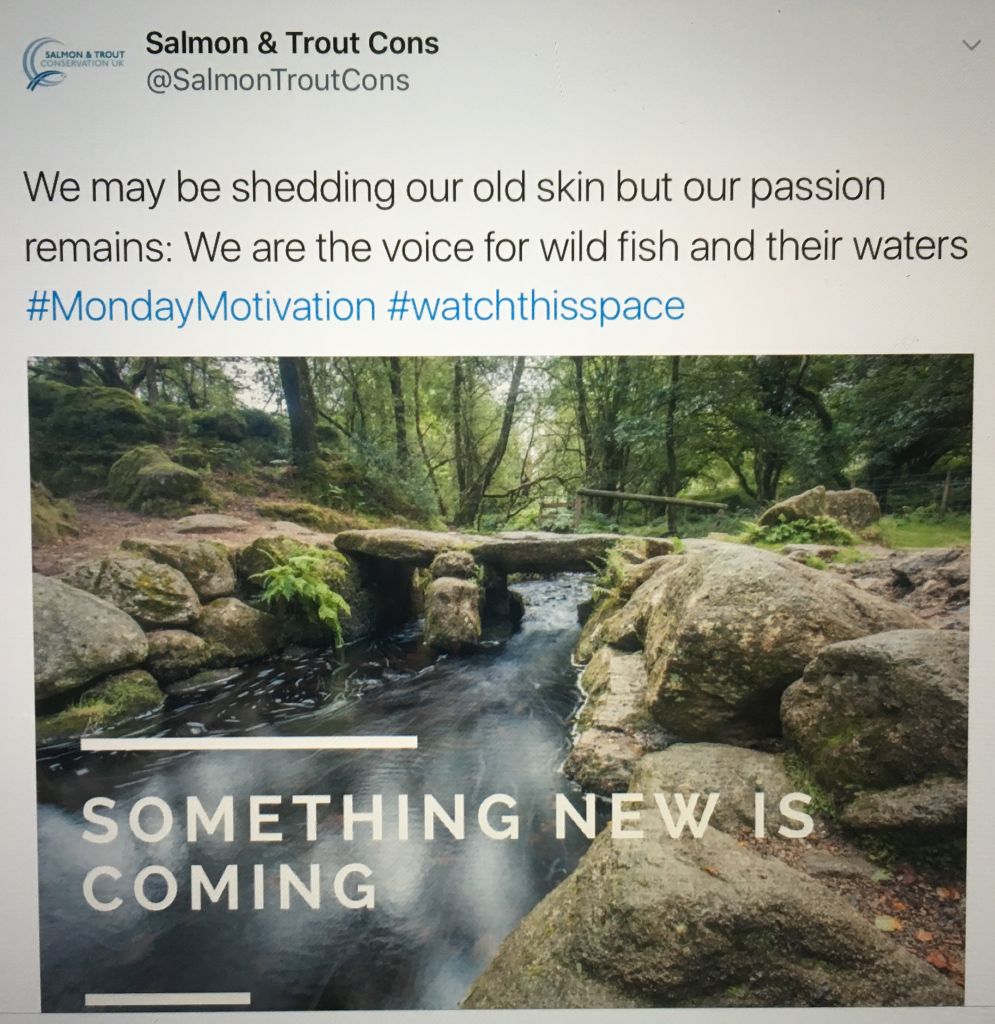 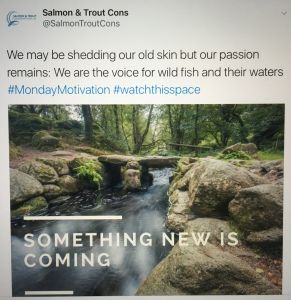 Don’t shoot the messenger:  Jan Arve Gjøvik is not afraid to say what many are thinking. In a recent issue of Fiskeridebatt, he discusses the case of NSL Communications Director Frode Reppe who is being pilloried for trying to stand up to the power of the large research institutions in Norway who have persisted with the myth of the harmful effects of farmed salmon, especially on wild salmon.

The news services have been predicting that Mr Reppe will lose his job for criticising the scientific establishment. As yet, there is no news as to what will happen to Mr Reppe but if NSL’s newly appointed CEO Robert Eriksson decides that Mr Reppe’s services are no longer required, it will be a black day for the aquaculture industry in Norway and beyond.

There does seem to be a view that it is wrong to question the work of the scientific community and certainly some of the scientific community do not think that they should be questioned. After all, some have a long and illustrious academic career with many scientific papers to their name. We, at Callander McDowell certainly believe that anyone who expounds a view whether academic or more popularist, should be happy to be challenged and stand up for the work or view in which they believe. In the case of aquaculture related research, scientific findings can have significant commercial implications and thus those who set the scientific agenda, should be able to justify their work, even to those who cannot match their qualifications.

As Mr Gjøvik rightly suggests, Frode Reppe stands out amongst those campaigning for the industry as someone who is willing to stand up for what he believes. He may rock the boat but it has not sunk and therefore he should not pay the price.

We, at Callander McDowell, have a lot of sympathy for Mr Reppe as it is often made out that we have spoken out of turn. When we have questioned the science, we have been subjected to personal abuse. Rather than address the message, there is a willingness to attack the messenger. Mr Reppe is currently that messenger.

The message: Writing in his commentary in Fiskeridebatt, Jan Arve Gjøvik cites an example of research targeting the salmon farming industry, which he questions. This is the traffic light scheme aimed at controlling salmon production by measuring sea lice numbers. Mr Gjøvik argues that the model used in this research is a mathematical-statistical structure based on intuitive relationships that have no roots in what is actually happening in the sea. Such modelling is extremely specialist and difficult to challenge without the in-depth knowledge of the subject.

Yet, such research, even that which is peer-reviewed can be challenged.

We have been informed that our investigations are not necessary because ‘there already has been a formal scientific analysis of variation in salmon catches between the east and west coast of Scotland.’ The reference to the two coasts refers to the fact that salmon farming occurs only on the west coast so comparing catches of salmon from the two coasts would produce an indication of whether salmon farming has an effect or not. The fact that our research does not involve a comparison of the two coasts appears irrelevant but for the purpose of this discussion we are happy to go along with the flow.

The formal scientific analysis referred to is a paper entitled ‘Divergent trends in anadromous salmonid populations in Norwegian and Scottish rivers’. The paper was published in the ‘Proceedings of the Royal Society B’ in 2009. The paper has little to do with the impacts of salmon farming. Its intention was to examine the spatiotemporal dynamics of local catches of Atlantic salmon over a major part of the species range. They found that large-scale regional differences and fine-scale similarities occurred across both Norwegian and Scottish fisheries. In fact, this paper appears to have little relevance to whether salmon farming has, or hasn’t any impact of wild salmon.

To uncover the relevance, it is necessary to drill down into the body of the paper. In particular, we were interested in just the part of the work that concerns Scottish rivers, as this is relevant to our own studies.

The researchers used the official catch data from 48 rivers over 51 years. The rivers were grouped into three sectors covering the North Sea, The Atlantic Ocean and the Irish Sea. The North Sea area included rivers on the eastern seaboard of Scotland from the Tweed to Wick. The Atlantic Ocean area includes the north and west of Scotland with rivers from the Thurso to the Ormsary, whilst the Irish Sea area included western rivers from Ayr to the Nith.

The researchers applied a statistical analysis to the catch data and found that there were clear differences between the responses of the three different sectors. Catches from rivers draining into the Irish and North Seas follow a similar overall trend with a weak increase before, and decrease after the mid 1980’s. By contrast catches made from the Atlantic sector have declined dramatically since the early 1990’s. The researchers therefore concluded that because the Scottish aquaculture industry is concentrated in the Atlantic sector and absent from the other sectors, then some of the differences between the Atlantic sector and the other Scottish sectors might be due to local effect of intensive aquaculture on the affected rivers.

We have been told that because of the formal analysis within this paper, little further insight can be obtained from additional analysis of existing catch data, Actually, nothing could be further from the truth. The analysis in this paper identifies the need for more research, not less and the reason why is because whilst this paper may have perfectly well met its original aims, the intention was never to showi that salmon farming has an impact on wild salmon catches and because of that it is inherently flawed.

What this paper shows is how peer reviewed scientific papers are used to show the aquaculture industry in a negative light but when the work is challenged it is found to be severely lacking. In this paper, the researchers have come to a conclusion about salmon farming without any real evidence. They have found that catches have declined in the area where salmon farms can be found but not so much in others and thus concluded that salmon farming might be the cause. This is an extremely simplistic approach which fails to recognise how useful a tool catch data can be.

We, at Callander McDowell, would like to show why this paper is flawed and why we would challenge the conclusions that have been made.

The researchers say that their analysis used the catch data from 48 Scottish rivers divided into three sectors. The North Sea sector comprised of 17 rivers whilst 20 were included in the Atlantic sector. An additional 11 rivers made up the Irish Sea sector.  The inclusion of only 48 rivers is something of a puzzle since the official Scottish Government catch data comprises of 109 different fishery districts, therefore the researchers excluded about half the available data before even starting their analysis.

Although, there is no rationale provided for the selection of the rivers used in this study, we suspect that they were chosen simply because of their location. It does seem that the rivers are relatively evenly spaced out along the coast and in fact their exact geographic position is included in the data.

One feature of Scottish rivers is that they are all very different. For example, simply on the basis of length, the River Tay is 180 km long whilst the River Morar is less than 1km. This means that the catches from each river are very different. The supporting data provided by the researchers shows that the River Spey has an average catch of 9,274 fish whilst the average catch for the River Kishorn is just 3 fish. Ignoring half the potential catch data could significantly affect the outcome. In fact, by selecting out specific rivers, we could completely change the conclusion drawn from this study.

There are also differences between the rivers on each coast. The rivers in the salmon farming areas of the Atlantic coast tend to be short spate rivers with a limited fishing season and therefore this combination of size and time will inevitable result in a relatively low number of fish caught. The total average catch of all the rivers lying within the fish farming zone that have been used in this study is just 1,322 fish. This amounts to only about 14% of the catch of just one river, the Spey.

The east coast rivers used in the study include the four big well-known rivers – the Tweed, Spey, Dee and Tay with a total average catch of 30,755 fish. By comparison, the Atlantic sector includes four of the least known salmon rivers – Kishorn, Torridon, Applecross and Creran with a total average catch of 42 fish. It doesn’t require a statistical analysis to show that one sector is doing well and the other not.

Despite the absolute deficiencies of this study, the resultant paper is being promoted as showing that salmon farming has an impact on wild salmon catches.  The paper actually shows nothing of the kind, yet the salmon farming industry is expected to accept the findings regardless, just because it is a published peer reviewed paper.

It would seem that S&TC may have had a change of heart and that their belligerent approach of old may be in the process of being consigned to the bin. We certainly hope so. We have always argued that the salmon farming industry and wild fish sector can work together and co-exist in harmony and we welcome this change – whatever it may be. Although we don’t speak on behalf of the salmon farming industry, we know that salmon farmers are just as keen as anglers to see Scotland’s rivers thrive with wild fish. Talking and working together must be the right approach. 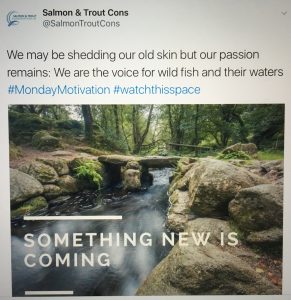