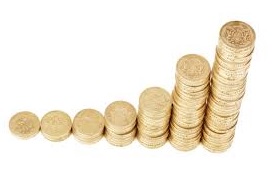 Up, up and down:  Seafood Source report that UK retail fish sales have risen. However, such a headline could be misinterpreted for in fact whilst chilled fish is the fastest growing protein in the UK, it relates to value only. Kantar Worldpanel say that this growth is due to price inflation and in fact, volume growth is slowing down. Natural fish sales have increased 13.5% by value in the last quarter whereas volume has dropped by 4%.

Reports of growth or not is usually related in terms of percentage which is rather meaningless. Kantar have now equated this figure to what it means in relation to real people. It seems that 490,000 fewer people are buying natural fish, which Kantar says shows the impact of recent price rises. The biggest drop is in the number of young families now buying less fresh fish. The largest category to see a fall is smoked salmon with 540,000 fewer shoppers.

The problem for consumers and the market is that retail prices have continued to rise and thus we expect more consumers to move away from buying fish. The Daily Mail have just reported that fresh salmon prices have jumped by 83% in just a year. They say that this is due to disease which is blighting salmon farms. We have expressed our view on these rises in the past and whilst lice may be a contributory factor in price changes, they are not the main driver, which has more to do with a shift away from traditional markets to those which are still emerging and which currently are willing to pay much higher prices. The Daily Mail is not the most reliable paper for factual reporting. Their headline figure of 83% is not particularly representative of price rises across the UK market and we shall examine how they derived such a figure.

The article in the Daily Mail was prompted by a report in the Grocer highlighting that the price of 23 different salmon products in Sainsburys had been increased by 14% last week alone. This implies that such price rises are a regular feature when in fact they are not. Prices have remained largely unchanged for about a year, however when one store breaks rank and increases prices, the others tend to follow which is what has happened recently in the UK.

According to the Daily Mail, the Grocer published research by Brand View found that the average price rise of 113 salmon products from all major stores was just 12%, which is a far cry from the 83% highlighted by the Daily Mail. Some of the products cited include:

260g pack of Sainsbury’s salmon fillets which is 21% higher than a year ago.  According to our figures, the price is actually 28.8% higher.

Sainsbury’s Basics salmon fillet is claimed to be 42% higher whilst we found it to be 30% higher. The price had been adjusted earlier this year. This Basics product is a value line and pitched at a much lower price.

The paper also quotes the price increase of a 200g pack of Asda salmon fillets. The pack is actually 240g but the increase is the 83% that they use as a headline price. The price of a larger pack rose by 61% whilst, Asda’s value line rose 44%. Asda prices had been held at a much lower level and when prices rose, Asda increased prices by a greater amount.

Interestingly, whilst prices have been recently increased across several stores, promotional discounting still occurs. For example, Asda is offering salmon fillet from its counter at a 22% reduction. Waitrose is currently discounting its packs of two salmon fillets by 25%.

We, at Callander McDowell are not surprised by such discounting since salmon is such an important part of retail sales. In the past, it has been found that consumers who chose to exclude salmon from their shopping do not substitute with another cheaper fish but tend to look at other proteins instead. Thus, falling salmon sales also impact on sales of other fish.

One of the attractions of farming over wild catch is that supply troughs and peaks can be more easily evened out. We just don’t see what benefit is brought to the salmon industry by allowing prices to be subjected to such large increases. Experience has shown in the past that prices do eventually come down although with more emphasis being placed on China and the Far East, perhaps, the typically traditional markets like the UK will be sacrificed in the hope of continued sky-high prices.

Meanwhile, retailers will put up the price in the hope of maintaining margin but will need to reconsider how they present salmon to the consumer if they want to continue to push sales. These price rises come at a time when demand is already under threat as more consumers chose other forms of proteins rather than fish.

Massive: According to Seafood Source, the Aquaculture Stewardship Council have said that the news that Monterey Bay Aquarium Seafood Watch have upgraded ASC certified farmed salmon to at least a ‘Good Alternative’ rating is an ‘absolutely massive announcement’.  Despite being such a massive announcement, the news seems to have being only picked up by the specialist industry media and little else. This is because the news is largely an irrelevance because most consumers know that farmed salmon is not a ‘Good Alternative’ but is the best choice. Frankly, companies that have invested heavily in the ASC should be upset that the Monterey Bay Aquarium, think that all their efforts merit only a ‘Good Alternative’ rating. Of course, we are not surprised. It wasn’t that long ago that the Monterey Bay Aquarium’s main funders were also spending millions of US dollars on demarketing campaigns to try to persuade consumers to avoid eating farmed salmon altogether. For the last eighteen years, Seafood Watch have red rated farmed salmon and it has made little different to US consumers. Maybe Seafood Watch have finally recognised that they cannot fight any longer against consumer opinion and have jumped on the bandwagon (although still dragging their feet with this ‘Good Alternative’). Consumers will continue to buy farmed salmon regardless and will be happy to do so.

The Seafood Watch website has 37 entries for ‘Good Alternative’ salmon choices and as yet, this massive announcement hasn’t actually prompted any changes to the list so that ASC certified farmed salmon is listed. Regardless, no right-minded consumer is even going to bother looking down this list. Instead, they will go to their favourite store and simply buy the salmon that’s available.

In addition to the 37 ‘Good Alternatives’, there are 12 ‘Best Choices’, the first of which is Atlantic salmon from closed tanks. Such salmon merit a score of 7.14, a figure that is calculated from:

We, at Callander McDowell, were mystified by these ratings since surely if the fish are grown in closed containment, then there should be no escapes. Fortunately, Seafood Watch have provided a link to the full report and this opens up to a repeat of the assessment criteria and scores. However, what is a surprise is that the overall score given to salmon grown in closed containment is not 7.14 as stated but actually 6.73. This seems such a simple error which leads to many other questions about the various criteria and the scores.

The differences between the two ratings include:

One of the criteria that has changed is that of ‘escapes’ but having read the entry, we have no idea why this should even be an issue in closed containment, let alone that it has been given different scores. Maybe all the scores are incorrect and that salmon raised in closed containment shouldn’t be a ‘Best Choice’ at all?

The massive announcement has also marked the beginning of a formal partnership between Seafood Watch and the ASC which will see the two organisations collaborate on research and seek to improve best practices in salmon aquaculture. It seems that rather than engage in collaboration, Seafood Watch needs to get its own house in order.

We don’t think that there is anything to be gained from this collaboration. It is simply yet another NGO trying to force its views on a salmon industry that is already clear of its responsibilities to consumers and the environment.

Chinese take-away : We were interested to read a report in Intrafish suggesting that China will gobble up 250,000 tonnes of salmon annually within five years. This was a view that was expressed at a recent Danske Bank seminar.

The participants were not unanimous in their view as to the potential of the Chinese market with a suggestion that those who are predicting a market potential of a quarter of a million tonnes were actually crazy. One alternative suggestion was that a more realistic assessment of the market would be just 80,000 tonnes.

We, at Callander McDowell, share this more cautious view for a number of reasons. Firstly, we wonder how current production will meet an extra 250,000 tonnes of salmon demand. Current high prices are a reflection of a shortfall in production and although there are some indications that production can be expanded in the short term, it is not going to be enough without diverting fish away from existing markets, but with the inevitable damage that this might cause.

At the same time, China may have a massive population and therefore potential customer base, but we are not convinced that this can be translated into demand for salmon. The young and rich may want to buy into the trappings of international cuisine and happily eat salmon sushi sold through up market hotel restaurants but elsewhere salmon is not a natural bed-fellow of Chinese cooking. In fact, the usual prerequisite of fish cookery in China is that the fish is supplied live. Not so long ago, Seafood News reported from a trade show in China where some live salmon were displayed and seemingly, the fish became the centre of attention. Dead salmon flesh is quite another matter.

The Chinese market may be very large but at the same time it is very traditional. This may turn out to be a major obstacle for something like salmon. It has been difficult to read the market over the last few years because of the limited market access. Now that access has been opened up it should be apparent whether the expectation is matched by the reality. It has been previously suggested that even the high price will not be a deterrent to the Chinese market, but we are not so convinced. The Chinese market is prepared to pay a premium for products it wants but whether salmon is what the market wants remains to be seen.