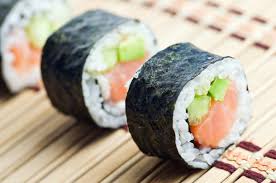 Collapse! what collapse?: Seafood News.com have reminded us that in 2007 Science magazine published a study that ominously predicted that the pink salmon stocks in the Broughton Archipelago faced extinction by 2015 due to se lice from salmon farms infecting the wild fish. The two authors, Martin Krkosek and Alexandra Morton claimed that if outbreaks of sea lice were allowed to continue then local extinction would be certain and a 99% collapse of pink salmon population would be expected within four salmon generations.

However, wild pink stocks in the Broughton Archipelago didn’t collapse. In fact, they surged dramatically in 2014. Meanwhile Fraser River sockeye made a stunning comeback in 2010 with the return of 28 million fish followed by 19 million four years later. Business Vancouver say that’s not to say that some wild salmon stocks in BC are not struggling. Chinook numbers remain low across the whole Pacific region but they say that the recent surges in other Pacific species should put to rest the theory that fish farms have wiped out wild salmon stocks.

The paper claims that some scientists are now concerned that the focus on salmon farming may be diverting attention away from other threats that deserve just as much, if not more scrutiny as salmon farming. This is something that echoes our view at Callander McDowell.

Martin Krkosek and Alexandrea Morton were asked about the surge in some Pacific stocks. They say that their warnings were heeded and consequently farms adopted better lice management and got sea lice under control so that survival rates for wild salmon improved. However, as Vancouver Business rightly points out, salmon numbers have plummeted before only to rebound. In 1960, numbers were lower than in 2000, long before there were any salmon farms in BC.

At the Cohen Enquiry about salmon farming, Justice Bruce Cohen concluded that there was no single ‘smoking gun’ that explained the fall in numbers in 2009. Now Vancouver Business say that not only was there no ‘smoking gun’ there was also no corpse.

The Vancouver Business report highlighted by Seafood News. com goes into the question of fluctuating wild salmon stocks in great detail. We may therefore return to this topic in a future issue of reLAKSation. However, it is worth pointing out that Martin Krkosek has collaborated with a number of scientists investigating sea lice in Norway and the UK. Martin Krkosek was famously the lead author, with Revie, Finstad and Todd, of a critique of work from the Irish Marine Institute that found the mortality of wild salmon due to sea lice was just 1-2% and instead claimed that the real mortality was nearly 40%. The claims made in this critique were subsequently debunked.

The usual suspects: Meanwhile in the UK, the Atlantic Salmon Trust has announced that it is to launch a study into the decline of wild salmon. According to Fish Farming Export, it launched the study as a symposium and gala dinner that was held to mark its 50th anniversary. This was attended by AST Patron, the Prince of Wales and King Harald of Norway.

In his speech, the Prince of Wales said that “our greatest concern is that today a very small proportion of salmon smolts leaving their rivers return as adult salmon. Thirty years ago one in four would make it back. Today it is only one in 20 yet we do not know why this has happened and until we do we will not be able to put solutions in place.”

The trust suggests that likely suspects include:

We, at Callander McDowell, suspect that this study is rather pointless, firstly because some of the causes of the decline are well-known but have no solution. For example, the growing seal population eats its way through many returning salmon but no Government is going to sanction the necessary cull as it would be tantamount to political suicide.

We also believe that it is pointless because it persists with the myths about the impacts of salmon farming. It has already been established that the mortality rate of wild salmon due to sea lice is only 1-2% and in Scotland, salmon farming impacts on only 19% of the rod catch so the real problems lie elsewhere. We have already discussed that in Canada, claims that salmon farming has wiped out wild fish have been shown to be untrue. Later this month, new research will further support this view.

Finally, notable by their absence from the list of likely suspects are anglers. We have no idea whether anglers are responsible for the decline in wild salmon numbers or not but surely, if there is to be a study, it must consider all options and the one thing that has become increasingly clear to us over the years, is that most of the angling sector never see themselves as part of the problem.

The AST say that until they can identify the main suspects, they are unable to put any solution in place. One solution is already apparent and that is restocking with smolts to ensure that the maximum number of fish can migrate out to sea. Such restocking seems to work in Alaska where a whole industry depends on such an approach.

There are also a couple of example of smolt restocking that have bene initiated on the west coast in the Carron and the Lochy. Last year, the Carron had a return rate of 54% of the 10-year average, which is similar to the Tweed and the Dee, whilst the salmon catch from the Lochy was 85% of the 10-year average, only bettered by the River Spey. Low water hampered greater catches from these west coast rivers, so the return could potentially have been even greater.

Unfortunately, the success of such restocking programmes has been dismissed by many in the wild fish sector. It seems that even the Atlantic Salmon Trust are unwilling to consider such an option for they state on their (new) website that “our ultimate aim remains the same today as it was in 1967; working to see naturally generated stocks of wild salmon and sea trout reach sustainable levels of abundance.” Sadly, the state of the world is very different now to what it was fifty years ago. The AST need to accept the new reality and stop pointing the finger and look for realistic solutions that are viable in 2017 and beyond, not those that might have been viable back in 1967.

Sushied: iLAKS reports that consumption of sushi in Norway has declined. Although, there has been a healthy demand for sushi with a total of 340 sushi restaurants in Norway, consumer demand for sushi from the grocery sector has fallen, so that overall sales of sushi have fallen by two percent. The grocery market had seen spectacular growth of 464% over the last ten years but for the last two years, growth has been in decline. However, this fall in consumption comes as no surprise to us, at Callander McDowell.

Regular readers of reLAKSation may remember that we were sceptical when sushi was announced as the new food revolution in Norway and the solution to boosting fish consumption. We saw sushi as just another food trend that would initially be everyone’s favourite but then consumption would wain as consumers sought new taste experiences. It is only necessary to look to London to see how food trends come and go leaving sushi as just one option amongst many other cuisines.

Consumers might like sushi but after the initial novelty, they don’t want to eat it all the time.

ILAKS does point out that many younger consumers still rate sushi as a favourite, which is encouraging because the likelihood is that they will continue to eat sushi for years to come but it doesn’t mean that sushi will dominate their diet. It will be part of a wider choice.

Shocked: Intrafish headlined their report about domestic salmon sales in Norway with the wording ‘Shocked figures’. This is because the Norwegian Seafood Council have reported that sales of fresh salmon in Norwegian grocery stores has fallen by 61% in the first quarter of 2017. We, at Callander McDowell, are not quite sure why this news should come as a shock except perhaps for some it is too close to home.

The main issue for consumers is that prices in Norway have risen with consumers having to dig ever deeper into their pockets. The retail price has risen from NOK 105/kg to around NOK 168/kg. This rise is too much for many consumers to bear.

The Norwegian Seafood Council think that this decline in consumption is confined to Norway and has occurred because Norwegians have been able to buy salmon at a lower price relatively than in other countries. As salmon is more expensive elsewhere, a similar decline is therefore less likely.

We are not convinced. We agreed that salmon consumption is unlikely to see a similar collapse elsewhere in Europe at this time and that’s because salmon consumption has already been in steady decline for quite some time in many of the long-established traditional markets and maybe therefore less noticeable, but it is happening all the same.

The reason for the price increase depends on whose view is sought. There is a view that salmon mortality due to sea lice has reduced harvests creating a market shortfall. However, the volume reduction is not really sufficient to push prices to some of the record levels that have been seen over recent years.

There is also a view that demand is outstripping supply. Production has slowed across all the national producers as access to new sites are restricted due to the vocal environmental lobby.  Yet at the same time, demand has increased because producers have been seeking new more potentially profitable markets. As we now see this can have a disastrous impact on existing traditional markets. If all should go wrong, these markets might not be so receptive if producers come back knocking on the door.

At the moment, the salmon industry is getting excited at the prospect of an open door to the Chinese market. We have always been a little sceptical that China really offers the best opportunities for salmon producers. The culture of fish consumption in China is very different to that in Norway and other salmon producing nations. We of course remain to be proved wrong but a headline in iLAKS should worry those who aim to bet on this new market. iLAKS report that despite much optimism in the new Chinese market supported by two state visits from Norwegian ministers within the last six weeks, not one single kilo of salmon was sent to China last week. So far this year, China has imported just 655 tonnes of salmon, which is less than that sent to Saudi Arabia.

It is easy to forget in the goldrush of high prices that salmon can be priced at any level but it doesn’t mean that consumers will rush to buy it. Marketing is about producing the right product at the right price for the right market at the right time. Salmon may be the right product but for traditional markets, it is the wrong price. No-one should be surprised or shocked when consumers chose to shop elsewhere.