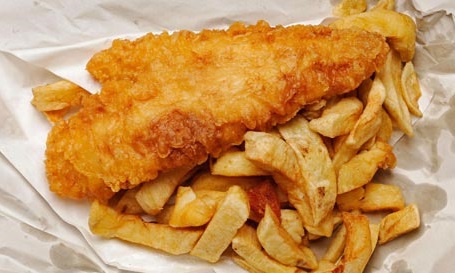 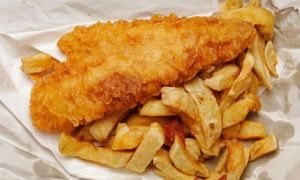 Going down: According to Undercurrent News, Kantar Worldpanel, has said that chilled fish is now the only part of the meat, fish and poultry sector that did not see volume growth during the 12 weeks to March 26th.

Kantar say that whilst fish shows the largest growth in terms of value, volume is a different story with natural and smoked now in decline. This is hardly of any surprise given the recent round of price rises. These higher prices have likely given those shoppers, who are already unsure about buying fish, the extra push to look for other proteins.

The only part of the fish sector showing growth is added value (as distinct from coated) but even this is affected by higher prices, especially salmon. For example, one retailer has in the past offered shoppers a salmon burger that is ideal for the bbq as well as cooking indoors. This year’s offering has just reached the shelves and is actually a salmon and cod burger. This reflects the wider added value market that used to be all based on salmon, but is no longer so.

There is still a temptation to monitor the salmon market in terms of value but this is a mistake and rather akin to the ostrich that sticks its head in the ground.

Certified fraud: The Yorkshire Post reports that the Friday night plate of fish and chips could be fishier than meets the eye. According to the Marine Stewardship Council, fish and chip shops without a MSC certificate are five times more likely to serve the wrong species to their customers than those shops that have a MSC certificate.

Mislabelling was found to occur in just 1.64% of certified shops, whereas the rate of mislabelling increases to 8.2% in those shops without a certificate. The MSC say that DNA tests show that certified shops are in 97.8% of cases, serving the fish that they claim it to be.

The testing was conducted with samples from 122 fish and chip shops: 61 certified by the MSC and 61 that are not over a period of about six months. In all six, fish and chip shops tested were found to be serving the wrong fish. Out of the five that were not certified, two were serving haddock when they claimed it was cod and another two served cod when they claimed it was haddock. The fifth shop served whiting claiming it was cod.

The single MSC certified shop found to be serving the wrong fish offered haddock claiming it was cod.

The Yorkshire Post said that a spokesman for the MSC had suggested that mistakes could be in some cases due to the length of the supply chain. The spokesman said that most people think that the fish goes straight from the dock to the shop but actually it can be passed down a supply chain with over six different links, some of which can be even outside the UK. It only takes one mistake or act of deception for an error to occur. The spokesman said that it is the shop that suffers because they think they are buying the right fish.

George Clark from the MSC added that the Friday night takeaway is more likely to be the fish expected if it is MSC labelled. He said that British consumers are savvier than ever when it comes to food provenance. They want to know exactly what is in their food and where it comes from, especially when they’re choosing fish specifically for its environmental credentials.

The MSC appear pleased by the results of their latest testing but we would suggest that the one example of mislabelling that occurred from a MSC certified chippy is much more worrying that the five examples from other chip shops. This is because the MSC have a chain of custody in place which should ensure that correctly labelled certified fish will reach the end consumer without interference. By comparison, non-certified chippy’s will not be operating such a scheme.

Whilst fraud does occur in the seafood sector, we suspect that most errors occur in the chippy itself. One bit of white fish looks very much like another and can be often confused. Most customers wouldn’t be able to tell the difference either. Only one of the samples found may be really suspect. This was when whiting was served instead of cod, unless of course, the shop actually offers whiting on its menu.

Whilst mistakes do happen because chip shop owners are human too, the public should be getting what they ask for. The examples highlighted do not seem to be deliberate attempts to defraud, given the species involved. If the fish used was a cheap substitute then that would be a different story.

The MSC suggest that British shoppers are more savvy than ever about the food they eat but we suspect that the majority of customers are not that bothered whether the fish they buy is MSC certified or not. In fact, we would imagine that if customers at most chip shops were asked what the letters MSC stood for, most would have no idea at all.

Finally, whilst the Yorkshire Post did not use the headline from the MSC press release, it reinforced the view that the MSC are out of touch with public behaviour. The headline asks ‘Is your Friday night takeaway the reel deal?’ We are not trying to be funny but what about fish and chip takeaways on other nights. At tea time most nights, our local chip shop has customers queueing out of the door. Fish and chips is not just a Friday night treat as the public eats fish and chips every night and most are interested in its taste and the price they pay than whether the fish is MSC certified or not.

Changing TV: Intrafish reports that a seafood expert has suggested that even though TV chefs are broadening the taste of UK consumers, the UK will remain the land of fish and chips.

Southbank Fresh Fish, a London based fish supplier, has found that UK consumers are slowly being more receptive to new seafood species partly due to a surge of TV cooking programmes. However, we, at Callander McDowell, think that this view is seen through rose tinted spectacles i.e. they are seeing only the best bits of the seafood market.

Southbank Fresh Fish are described by IntraFish as a prestigious supplier with exclusive arrangement to stores such as Selfridges and other high end retailers. They are to be congratulated for developing this sector but it is not really representative of the UK market.

In fact, Southbank do say that cod and haddock make up a large proportion of their business. The company sources its cod largely from Icelandic fisheries and to a lesser extent from Norway whilst it obtains most of its haddock from Norway with a small amount from Iceland. They say that whitefish is always a favourite as the UK is still fish and chips country.

We would suggest that there is a huge chasm between the public who queue to buy fish and chips from fish and chips shops and those who visit specialist premium outlets buying species such as Australian abalone as supplied by Southbank. It’s hard enough to persuade many British consumers to even cook cod and haddock at home so introducing novel species, even with the help of TV chefs is likely to be one step too far.

Unfortunate timing: FishandFly.com reports that the North Atlantic Salmon Fund has urged the British Prime Minister to act in Atlantic salmon. However, in the day that the letter was revealed, it seems that the British Prime Minister had other things on her mind other than Atlantic salmon as she had just called a general election. It is even conceivable, although most commentators think unlikely that she may not be in office by June. The NASF letter is likely to be left to gather dust as the new Government attends to the question of Brexit.

In his letter, Orri Vigfusson of NASF urges the Prime Minister to invoke article 66 of the UN Convention on the Law of the Sea which places the emphasis for safeguarding wild fish on the country where the rivers are located.  Mr Vigfusson wants the Prime Minister to immediately suspend the operating licences for English coastal nets as a first step to help put things right.

Mr Vigfusson also wrote to the Scottish First Minister to point out that Scottish fishery science and management methods have not been successful in preserving and rebuilding salmon numbers. He has offered to meet at any time to discuss the details of proposal that NASF experts have drafted for an effective strategy for Scotland.

Mr Vigfusson doesn’t mention what proposals his experts have made but we, at Callander McDowell, would imagine that having suspended most commercial netting in Scotland, the next step would be to impose mandatory catch and release on all wild salmonid fish. After all, it makes no sense to impose a ban on killing wild fish by nets but allow fish to be killed that are caught by rod and line. How can fish stocks be conserved if the very fish that are supposed to be protected are allowed to be killed. Either the fish need protection or they don’t.