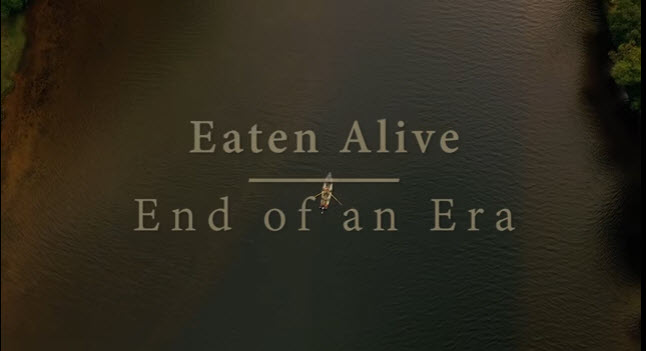 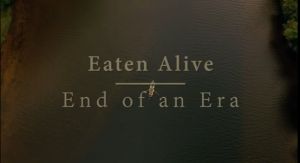 Video: Fly Fishing and Fly Tying magazine website highlights the video released by Salmon & Trout Conservation at the launch of their campaign to have the salmon farm moved from Loch Ewe in the hope that the sea trout fishery in adjacent Loch Maree will recover.

According to perceived wisdom, the Loch Maree sea trout fishery collapsed in 1988, just one year after salmon farms were established in Loch Ewe. Salmon & Trout Conservation are convinced that it was much more than a co-incidence that that the sea trout fishery collapsed so soon after salmon farming came to Loch Ewe that they are campaigning to have the farm removed. The video is at the forefront of their campaign.

The video can be seen at: http://www.salmon-trout.org/loch-maree/video/9

What immediately attracted our attention was that images of the salmon farm in Loch Ewe make five different appearances in this short video. We know it’s the farm in Loch Ewe because Salmon & Trout Conservation captioned each appearance with ‘Marine Harvest salmon farm – Loch Ewe’. The one time, the caption was not used, the video displayed the statement ‘Big business should not be permitted to destroy wild sea trout in pursuit of profit alone’.

Rather than be distracted by profits, those watching the video are left in no doubt that a salmon farm operates in Loch Ewe and it is owned by Marine Harvest.

By comparison, whilst some of the video is captioned, most isn’t. In our view the absence of captions, as a way of explanation, could lead to those viewing the video being seriously misled.

There were some captions in the video. For example, the individual who appears in the video to explain the link between salmon farming and the demise of wild sea trout is listed as representing the Argyll Fisheries Trust. However, Loch Maree is located in the area covered by the Wester Ross Fisheries Trust, an organisation which has spent much time sampling the area. It is therefore a puzzle why those who are most familiar with the situation in Loch Maree were not invited to front the video?

The video also contained footage of sampling for sea trout, which was captioned ‘Fisheries Trust scientific sampling – sea trout smolts’. This caption appeared twice but given that this video concerns sea trout in Loch Maree and Loch Ewe, the caption fails to mention whether the sampling actually took place in the Loch Ewe system. The video also fails to identify which Fishery Trust is being filmed. There are serval different trusts in Scotland so it would be pertinent to know which one is actually featured. We would hope that it is the local fisheries trust and the location is within the Ewe System but the video does nothing to confirm this.

We repeatedly hear that young sea trout are infested with sea lice so it might be expected that those shown sampling in the video would be able to show a young sea trout infested with lice. However, this did not happen. Instead, those watching the video were shown six stills and two pieces of footage of damaged parts of fish or whole fish with some sea lice. Not one of these was captioned so there is absolutely no way of knowing whether that fish shown were caught from Loch Ewe and Loch Maree or are just stock images used to make the point. Equally, there is no indication of when these photos and videos were taken. They could potentially be from years ago. It is possible that they do not even originate from Scotland. The credits listed at the end of video suggest that they may have come from elsewhere.  To be clear, the credits listed are as follows:

We appreciate that there is much more in the video we could discuss including the science or the statements that appear at the start and end but before we do we would like to be sure that what we are seeing relates directly to Loch Maree and Loch Ewe for that is what the video is about. Viewers are being asked to support Salmon & Trout Conservation’s campaign to move the salmon farm from the Loch so we hope that their evidence comes from the Ewe System and not some Norwegian Fjord.

Good Practice: The Aquaculture Directory asks where the salmon you’re eating is being farmed? The question comes from Salmon & Trout Conservation who say that the growing demand for salmon has supported a boom of fish farms around the west coast of Scotland but they say that this growth has been at the peril of wild fish. High levels of sea lice parasites spilling from fish farms are threatening Scottish wild salmon and sea trout populations with numbers frequently over the recommended ‘Code of Good Practice’.

Salmon & Trout Conservation have therefore launched a campaign to identify whether supermarkets are selling fresh or smoked salmon originating from areas in Scotland which are failing to keep reasonable limits. They want the public to check on the labels used on Scottish salmon and if no farm is listed, they want a picture of the packaging to be posted on social media tagged to the supermarket with the question why? Equally, if the salmon comes from a farm found on the STC hit list, they want a photo to be posted asking why the supermarket is selling it.

Salmon & Trout Conservation say that the fight begins in the supermarket and that the only solution is for salmon farms to be moved to closed containment. However, it seems that the public aren’t that interested. To date, over a week after the campaign was launched, the number of postings reached four although one, which came from a member of STC staff, seems to have been removed.

This campaign on social media, together with their campaign to have the farm moved from Loch Ewe suggests that the Salmon & Trout Conservation are extremely focussed on salmon farming, especially adherence to the Code of Good Practice. We wonder, however, whether perhaps they should be looking closer to home.

Salmon & Trout Conservation list a number of policy statements on their website, one of which is ‘Catch and Release’ Under this heading is a link to a leaflet titled ‘Catch and Release: an anglers guide. This pdf document was produced by a variety of organisations including the Angling Trust, Association of Salmon Fishery Boards, the Atlantic Salmon Trust, the Environment Agency and the Rivers and Fisheries Trusts of Scotland amongst others.

The leaflet includes details of best practice for recording the catch. It states that ‘only lift the fish from the water for the minimum time only’ and when photographing the fish ‘keep the fish in or briefly just above the water’. We can only wonder how many anglers adhere to this best practice?

We recently came across a ‘tweet’ from the Spey Fishery Board highlighting the week’s catch. We should say we only refer to the Spey Fishery Board because of the ‘tweet’ and are not suggesting that they are any different to any other fishery board. We haven’t looked so others may well have different criteria for the photos that they post. The fishing reports section for 2017 (found under the heading of Fishing) includes photos of the fish caught for each week. What is apparent is that many of the photos are of fish that have not been held briefly out of the water as recommended. Clearly, the leaflet was compiled to reduce the stress that the fish undergoes to ensure that the fish survives to fight another day. Surely, anglers need to be better educated about the way they handle the fish they catch. It is not all bad news as we were really impressed with the photo of the fish that was taken underwater. That is real consideration for the welfare of the fish.

April’s Fool: On Saturday 1st April, the Guardian published a full-page article about salmon farming. Given the date, it was nothing to laugh about. Rather it was a sad indictment of modern environmental journalism.

The article was written by the Environmental Editor who it seems may have recently retired but continues to contribute the occasional article.  The article relied heavily on quotes from other newspapers which in turned relied heavily on wide ranging Freedom of Information requests. When the journalist relied on his own experiences, they seem to have come from a long time ago.

However, we were most surprised by his admission that he only learned that salmon are fed on marine proteins as recently as 2012 when he attended a lecture given by Don Staniford, who, as it happens, was renamed Don Stanimore for much of the article. Given that the journalist has over thirty years-experience of the environmental sector, it seems that he was remarkedly uniformed.

Yet again, the salmon industry has been exposed to poor reporting which questions its reputation. Perhaps the time has come for the industry to stand up and fight back.

Meanwhile in Ireland, the Southern Star recently reported that three community groups have come out in support of the proposed farm development at Shot Head. The Castletownebere Development Association, Beara Tourism and the Eyeries Family Festival all see the new farm bringing jobs and prosperity to their rural area. Jim O’Sullivan from Beara Tourism told the paper that there had been a fish farm in the vicinity for 40 years and it had been good for the area. He said that the new farm would be a positive influence. Sue Swansburgh from the Eyeries Family Festival said that the existing farm had become a vital part of everyday life in the local community. She said that the farm had brought new families to the area whereas without the farm, most young people would have left to look for work elsewhere.

All the community groups said that they could relate to the objections put forward by those who are against the farm, they feel that the farms are highly regulated and monitored and they say a clean environment is vital to everyone in the community.

It’s good to hear that the local but quiet majority are getting their say. All to often, farms are opposed by a very vocal minority who are following their own agenda, not one that represents local interest.

Whether, it was April the first or not, the Southern Star also published a letter from a Dutchman saying that fish farms should not be allowed in the sea but rather should be moved to sheds on land because of ‘increasing nuclear radiation in Ireland’. Well that seems to make more sense that a lot of the objections.