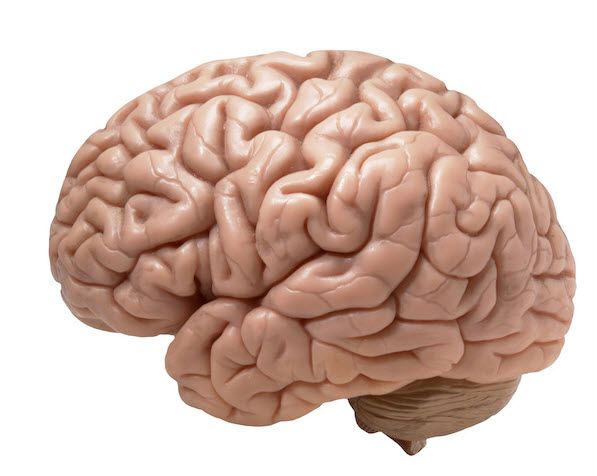 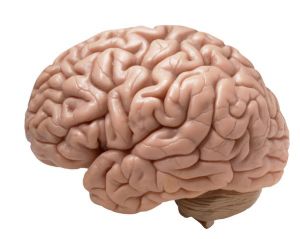 Off the boil: According to iLAKS, Nordea Markets have lowered their expectations for shares in salmon farming companies and consequently, some shares have taken a hammering on the Oslo stock exchange.

Nordea’s view is based on the fact that salmon prices have fallen by 27% in the earlier part of this year despite lower supplies. They say that the reason for the fall is:

None of this is of any surprise to us at Callander McDowell. The market has been talked up for so long that it was inevitable that it would start to find its own level rather than that perceived by some. Prices have been pushed up those striving to find new lucrative markets rather than focus on the traditional markets that have been the lifeblood of the industry for years.

It’s a long time ago now but back around 1990, we formulated our vision of the salmon farming industry and despite some peaks and troughs (not boom and busts) our view of the future of the industry has not been derailed. We are not convinced that it is possible to have a large volume industry producing what is effectively a raw material and then selling it at a high margin. Eventually, competition either from other suppliers or consumers will bring prices down. Salmon flesh is just that, a raw material.

Where the scope for margin lies is then adding value to that raw material changing it into products with little or no competition and a unique identity. The salmon industry may not yet be in this position and it may take time before it is. The main thing is that we know it is on the right road.

Nordea is certainly right. Consumer demand has been subdued but it appears that there may now be some reaction to this lacklustre market. We believe that more stores are now trying to encourage consumers to start eating salmon again with the onset of some promotional offers. The best deal this week is large salmon fillet at just £12/kg.

Brain food: Phil Gibson of the Resiliensea Group wrote to say that he didn’t think what we wrote about his involvement in the IntraFish Leadership Breakfast was a fair reflection of what he said. The premise of reLAKSation is that we comment on what appears in the news, whether it be in the press or through on-line news services. We commented on what we read, not what we might of heard had we attended the meeting. However, we are always open to other views so are happy to reprint Mr Gibson’s response:

“”My message was that the salmon industry as a whole needs to promote itself (all countries) as a core protein to make salmon more than an occasional meal – one that is a weekly or semi-weekly meal solution.  That would contrast with the average of four times per year that US consumers who eat salmon indulge in and would go far to improving the boom/bust nature of the business.  The comments about individual branding were to talk about how a producer could create space within the wider context of the industry message.  This addresses both the aspirations and realities of the business.  Retailers and food service operators can and would use the framework of that message to build their own marketing programs around.  It’s pretty basic marketing theory and has been used successfully across a broad range of food products.””

We, at Callander McDowell, would mention that this further explanation would not have had any bearing on the content of our previous commentary. If anything, it would have allowed us to further expand our views.

Mr Gibson says that the industry needs to promote consumption beyond an occasional meal to a regular weekly meal solution. He continues to say that currently US consumers eat salmon an average of four times a year but we think that this is too simplistic. Average consumption is made up from some consumers who eat salmon regularly and many more who never eat it at all. The regular consumers will tend to be older with families who have left home. A tag line of ‘brain food for families’ will not be of much interest to them whilst those who might find it of interest never buy salmon or fish, so are unlikely to even see the message in store as they never visit the fish counter. Even if they did come across the message, it is unlikely to spur on the massive change that will be required to get them started eating fish. As we mentioned last time, the most recognised tag line used in the US didn’t translate to sales and that was for milk, which has many less obstacles to overcome than getting the public to buy salmon.

Mr Gibson also mentions that such promotion would also help the industry overcome boom/bust cycles however we would argue that the salmon industry has yet to enter into such cycles. Prices may show large variation over the years but these tend to be caused by events such as ISA or changes to the market rather than a traditional boom and bust cycle.

Of course, none of this means that the salmon industry should not invest in marketing because it should. It is just what type of marketing that is the issue.

We are not sure how consumers will react after learning that GSI have pointed out that the salmon they buy has contaminants, if not fewer of them!

Actually, the findings of the study showed that background contamination of salmon flesh by environmental pollutants remains at very low levels and are not of concern. This is irrespective of whether the salmon is farmed or wild. Contamination is just not an issue.

According to Fish Farming Expert, NIFES undertook this new study because previous studies on the subject were misleading. An American study published in Science in 2004 found contamination was higher in farmed salmon than wild but the wild salmon they sampled were Pacific rather than Atlantic which have a completely different body composition. This meant that the study did not compare like with like. This was not surprising given that at that time, there was a concerted effort underway in the US to discredit imported farmed salmon to the benefit of the market for local wild caught salmon.

The salmon industry is trying to be more transparent but this study raises the question of how transparent does it want to be? Should the industry acknowledge the presence of environmental pollutants even when they are identified as being at safe levels and therefore not an issue. Such pollutants are found in all the food we eat but their presence is rarely acknowledged. That’s probably because they are not at levels that are considered unsafe.

Landed? According to Undercurrent News, DNB Markets have reported that land based farming is becoming closer than ever to being financially viable. They say that the increasing cost of production of pen based farming, together with tighter restrictions, and reduced scope for expansion makes land based farming increasingly attractive. They also say that new technological developments that allow for much larger growing systems will help with economies of scale. They do not see that it will be too long before land based farms are a reality.

We, at Callander McDowell remain to be convinced. We think that there is a long way between a desktop economic study and commercially viable farming. There has been plenty of talk about land based farming for years but as yet, a large scale long term working farm that makes money has yet to reach fruition. DNB Markets may think that the costs of land based and net pen farms are coming closer but there is no reason why, for example, the costs of net pen farms may not be reigned back in. Improved management and mechanical removal may help address the problem of lice and reduce the cost of production.

We also think that the cost structure of land based farms has been under-estimated. There seems to be a view that closed containment will bring an end to the increasing cost of disease but closed containment can be an incubator for other disease problems that can spiral out of control in closed containment. This can be a quick route to huge losses.

Meanwhile, Deloitte told iLAKS that whist there are still many ‘castles in the air’ for land based farming, those that invest might expect to receive the spot price plus 20-30% for the fish they produce in closed containment. However, there is absolutely no evidence that this is the case. Some of those promoting land based farming suggest that closed containment is more environmentally friendly than pen reared fish and there are consumers who will be willing to pay more for environmentally friendly fish. Unfortunately, most consumers aren’t interested in such issues. They have already demonstrated that they will not pay more for so-called eco-friendly MSC certified fish so they are unlikely to pay even more for so-called environmentally friendly salmon. It is also worth remembering that those who are the most vocal advocates of closed containment are from the wild salmon lobby, representing mainly anglers. Why would consumers pay more to supposedly help protect wild fish just so anglers can then go out and catch them for sport. We think that most consumers have other priorities to consider when buying salmon to eat.

We would like to return to the topic of our first commentary in which Nordea Markets pointed out that subdued retail demand is the result of higher prices and fewer promotions. This is clearly an indication that consumers will rebel against higher prices unless they can see a real benefit for paying more. We don’t think that protecting wild salmon for other people’s sport will be perceived to be sufficient justification for paying more for a salmon dinner.

There is another issue which seems to be regularly glossed over and that is fish welfare. The high cost of investment means that there is pressure to maximise the output. It does not make economic sense to stock salmon in closed containment at a similar density to that used in sea pens. There are already suggestions that densities in excess of 100kg/m3 might be required to make large scale closed containment a commercial success, yet stocking salmon at such densities may lead to welfare issues. Certainly, there are already NGO’s looking at such issues. Moving to closed containment may simply result in the outcry against lice turning into an outcry against over-crowding!!