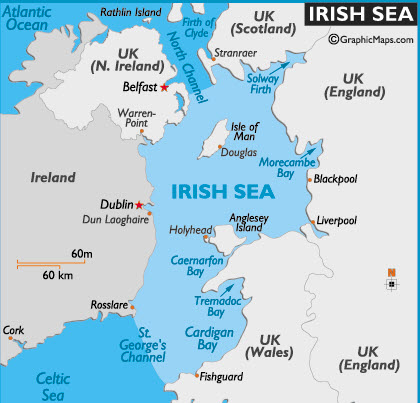 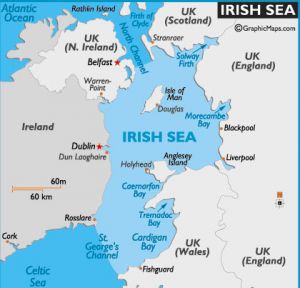 Throwing mud works: If you should throw a handful of mud at a wall then some sticks but most falls off. This is exactly what happens in generic marketing. It is a scattergun approach which does produce results but usually at a relatively high cost.

Intrafish reported recently that generic marketing works. This is the view expressed by Sverre Søraa, board deputy in the Norwegian Seafood Council. Mr Søraa was speaking at an event organised by Jostein Refsnes of think tank ‘Triton’ in which marketing levies were discussed.

Mr Søraa pointed out that the need for generic marketing to build markets is used and this is why a marketing levy is essential in order to pay for the campaigns. He noted that Harry M Kaiser, of Cornell University, evaluated the Seafood Council’s work and showed the marketing levy had been converted into billions of increased revenues. He said that for every krone invested, there is a return of between 5 and 10 kroner back, adding that if that is not a good return on investment, then he doesn’t know what is.

We, at Callander McDowell, are avid observers of the market and of associated marketing activity. In the UK, there has been minimal marketing activity to promote salmon and certainly not sufficient to make any visible impact on sales. Yet, the UK market for Norwegian salmon has been growing significantly over recent years. Last year, the UK was one of the top three consumer markets for Norwegian salmon despite a lack of any promotional activity. Rather than see sales decline, they have grown out of all proportion. The UK certainly bears no resemblance to Professor Kaiser’s estimate of the impact of marketing activity. We also keep a keen eye on what is happening in France and we do not believe any marketing activity that has taken place is what is driving the market. Salmon has been driving demand, at least until rising prices started to deter consumers and then no amount of promotional activity would persuade consumers to buy more salmon, unless the promotion involved a price discount.

Professor Kaiser also looked at the revenue generated from promotional activity and found that it has been extremely profitable for Norway with returns as quoted by Mr Søraa. However, it could be argued that just like sales, these returns would have been generated regardless of the level of spend on promotional activity.

Finally, Mr Søraa argues that the discussion about marketing levies that has been ongoing in Norway only helps the free-riders who benefit from the campaigns but at no cost to themselves. He suggests that producers in Scotland and Chile are enjoying the rewards of Norwegian marketing campaigns. He said that they are taking a share of the pie made by Norway but this is something that Norway has to endure. Our view is that Mr Søraa is mistaken. As we have suggested, the market for salmon is being driven by salmon itself.  The Norwegian Seafood Council campaigns are actually promoting Norway not salmon and thus don’t impact on other producers. In France, most salmon is of Norwegian origin anyway. It is unlikely that those consumers who specifically seek out salmon from other origins will be influenced by any promotional activity.

We believe that the Norwegian Seafood Council’s strength is to open up new markets for Norwegian produce. However, there will come a time when the options for further geographic expansion are limited. It is unfeasible to keep chasing new opportunities elsewhere. Instead, the focus should be on the traditional markets for salmon such as France and rather than take this scattergun approach, the effort should be to target specific areas of the market.  There is more to salmon than raw salmon flesh, even if it is filleted or portioned. The real opportunities are to adopt a more value-added approach producing the exact type of product that different sectors of the market want. This is the opposite to throwing mud at a wall and hoping that some will stick. Instead, the mud is applied with the right fixative to ensure that it achieves the desired result.

Declining Celts: The fishing Report for the Wester Ross area that appears in the latest issue of Trout and Salmon magazine ends by saying that the local Fisheries Trust held its annual fishing day last Sept and five boats set out from the Loch Maree Hotel and caught 13 trout in total, the largest of which was a brown trout of 349mm. Only one of the fish was a mature female and it was a brown (loch) trout rather than sea trout. This really sums up what has happened to Loch Maree since 1987 when salmon farming began in Loch Ewe.

As we have discussed in a previous issue of reLAKSation, we would argue that the catch data shows that the decline of Loch Maree sea trout catches began long before salmon farming arrived in the adjacent loch and reflects similar declines in some rivers outside the salmon farming zone.

We have particularly highlighted catches from the River Nith as showing similar patterns to those around Loch Ewe and Loch Maree. This river was selected simply because its location is almost on the border with England and is far from the nearest salmon farm.

In his critique of our work, Salmon & Trout Conservation Scotland Director, Andrew Graham Stewart, said that comparison between the two river systems is a mistake because the rivers are so unlike (although it didn’t stop S&TC from comparing east and west coast salmon catches as evidence of the impact of salmon farms, even though the river systems are so different).

We mention the Nith because the river was included in a wide-ranging study of sea trout in the Irish Sea entitled the Celtic Sea Trout Project. The Irish Times has highlighted that a new report from the multi-agency partnership running the project addresses significant knowledge gaps as to why sea -trout are suffering a decline in parts of Ireland and the UK which border the Irish Sea. This is in an area which is a long way south of the Scottish west coast aquaculture zone.

The 856-page report can be downloaded from http://celticseatrout.com/downloads/technical-report/

The extensive report covers various questions but a couple of points jumped out at us. The first is that the report concluded that whilst most sea trout remained in the marine waters near the rivers in which they originate, some do migrate up to distances of 300 km. This could bring them into the range of salmon farms to the north but the maps produced by project members suggest that migrations occur mostly south and across the Irish Sea. Sea trout growth positively correlated with sea temperatures suggesting that fish do not head north.

The other major observation was that relating to sea lice. Findings of low mean abundances and a very low proportion of juvenile stages are similar to reports from other studies in areas devoid of salmon farming and are likely to represent a background level of sea lice on sea trout. The study is the largest studies of sea lice infestation in an area removed from the influence of fin fish aquaculture.

And yet these sea trout populations are in decline…….

Tromso talks: This week, Intrafish reported on the presentation about the relationship between the numbers of salmon and trout caught by anglers and salmon farming given by our own Martin Jaffa at the Sjømat Norges meeting in Tromso at the end of January.

Intrafish asked Kjetil Hindar, research director at NINA, for his view on the findings of our study. Intrafish say he is careful not to take sides but said that there is a clear link between salmon farming and wild fish populations and it is only the degree that is open to discussion. He pointed out the work that showed up to 39% of salmon smolts die in experiments from sea lice infestation.

Martin subsequently pointed to Intrafish that the work highlighted by Kjetil Hindar is highly contentious and has been the subject of major debate simply because of the way the figures have been presented as percentages. Two studies from Ireland and Norway both show that up to 2 out of every 100 smolts die because of sea lice. This can be expressed as a percentage of the total number of smolts released, which equates to about 2% or as a percentage of the difference between control and test group. Although the number is extremely small, it can equate to a percentage change of 39%, which implies a much greater impact than actually occurs.

Our view, at Callander McDowell, is simple. The focus on the impact of sea lice from salmon farms on wild fish populations is damaging the potential to reverse the declines of wild fish numbers. The emphasis is being placed on control of sea lice when sea lice are responsible for the deaths of one or two smolts (although it is imperative that solutions are found to remove sea lice from salmon farms in order to protect the farmed salmon than the wild fish). What is being ignored is the fact the more than 90 smolts of every 100 that swim out to sea die at sea for reasons other than sea lice, yet nothing is being done to address this problem. It seems that as the deaths occur out at sea, it is a case of out of sight, out of mind. Sea lice are not the threat to wild fish numbers that some maintain. Sea lice are just a convenient scapegoat to blame.

Intrafish also published a comment from campaigner Jan Arve Gjøvik who has been investigating the relationship between wild fish and sea lice in Norway. He has recently started a blog – Aqua Blog in which he discusses the issues. His most recent posting is an extended version of his comment to Intrafish. It is certainly worth reading and although it is in Norwegian, can be easily and quickly translated with Google Translate.

The blog can be found at  www.aquablogg.no

Less lice: According to iLAKS, Akva Group reported at the Cleaner Fish conference organised by FHF that a combination of underwater feeding and lighting has resulting in less lice and improved growth.  The fish are encouraged to stay at lower depths in the cage and consequently, they keep away from the upper layers in the water column inhabited by the lice’s infectious stages.

Athough it is still early days, Akva say that everything suggests that the new system works and works well.

We at Callander McDowell, are not surprised. It may be over twenty years since we ran an experimental system to feed salmon from the bottom of the cage, but we have always known the concept works. Keeping the fish out of the upper layers can only lead to reduced infestation.

Unfortunately, it has taken twenty years for others to look at this method of lice control. We were unable to persuade anyone to consider trialling a variant on this approach. We suspect that there was an unwillingness to try anything that was different to traditional practices.

It may be twenty years on but better late than never.

Another milestone: Welcome to the eight hundredth issue of reLAKSation. We can only thank everyone for their continued interest in our views.