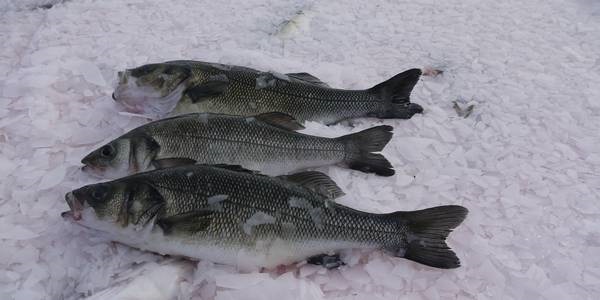 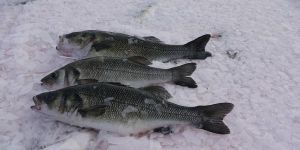 Striking back: iLAKS has reported that farmers and investors have had a cold shower during January as a result of lower salmon prices. At the beginning of the year eleven analysts recommended buying shares in salmon farming companies based on soaring salmon prices at the end of 2016. iLAKS said that it was thought that they could not go wrong.

Yet wrong they were. Instead of soaring high, prices and stocks have gone in a completely different direction to that predicted.

The explanation given for this reversal is that old fixed price contracts have come to an end and have been gradually replaced with new ones at a higher price. As these price changes reach the consumer, demand falls and so does the price.

Except, we, at Callander McDowell, are not sure that this is what has happened. It wasn’t so long ago that salmon demand followed a clear pattern every year. Starting in the Autumn, prices started to rise towards Christmas as consumer demand increased for special seasonal foods. However, as soon as the New Year had passed demand quickly fell away. This was because consumers looked to rein in their expenses after heavily spending at Christmas. They also looked to simple foods and reductions in the unhealthy foods. This is why ‘dry’ January is now so popular (although many fail along the way). Salmon may be perceived to be a healthy choice after the excesses of Christmas but it is talked about more than it is practiced.

Falling demand through January was followed by a slow recovery in the run up to Easter. The Easter holiday was the second peak demand of the year but not to the same scale as at Christmas. Then demand fell during the summer as consumers went away on holiday. In France for example, some supermarket fish counters shut down completely even though the supermarkets remain open. After the summer, demand starts to increase again as the Christmas market approaches.

As the market became more internationalised, these troughs and peaks started to even out but we suspect that the uncertainty of world politics has this year affected the demand for salmon in the most traditional salmon markets. This was always predictable given what is happening at the consumer interface in stores. Unfortunately, when analysts rely on graphs and paper forecasts then it is inevitable that things start to go wrong. There is more to salmon prices than production forecasts and sales.

This January has seen a raft of small price rises in British supermarkets, even at the discount level but what has surprised us most is that these price rises are not limited to salmon, they cover almost every species and reflect other changes affecting the markets and consumers. It will be interesting to see whether these price increases can be sustained or whether retailers try to recover any business that is lost as a consequence of putting up the price to consumers.

Sea liced trout: The Irish Times’ angling column reports that new research from Inland Fisheries Ireland and Argyll Fisheries Trust (Scotland) have found that sea trout carry significantly higher levels of sea lice and reduced weight closer to marine salmon farms. The scientists examined lice levels from more than 20,000 sea trout from 94 river and lake systems in Ireland and Scotland at varying distances from salmon farms over 25 years. The paper published in ‘Aquaculture Environment Interactions’ found that the impact of lice on sea trout in farmed areas is substantial. The scientists found increased mortality, reduced body condition and a change in migratory behaviour.

We, at Callander McDowell, wonder whether there are two ways of looking at this study. Clearly, the scientists have concluded that young sea trout swimming near salmon farms are attacked by sea lice and subsequently weakened and dying. However, there is another proposition. A sea trout will lay about 800 eggs for every 500g of weight. This means a reasonably sized sea trout can lay a considerable number of eggs but they do this because many succumb along the way to adulthood. They lay lots of eggs in the expectation that one or two will survive to return to breed. Young fish can die for many reasons including predation, malnutrition and disease. The weaker the fish, the more likely that they will be predated or succumb to disease. One of the those ‘diseases’ is sea lice and yes, we do not doubt that more fish caught around salmon farms have a higher lice-loading than would be expected but it simply means that the weaker fish are more susceptible to infestation. If there were no salmon farms, and thus a lower number of infectious stages, these fish would still die; but it would simply be down to something else. Before salmon farming, young trout died all the time, but there were no salmon farms to blame then. It is likely that the same number of sea trout are dying as died before salmon farming arrived around Ireland and Scotland, it’s just that there was nothing so distinct as salmon farming to blame.

Of course, we expect to be told that as ‘cheerleaders’ for the salmon farming industry, we would be expected to say that. However, this new study, in our opinion, could also be flawed in other respects.

We know from our own experience that sampling with seine nets can be extremely challenging. Strong healthy fish tend to escape the net, leaving weak and sickly fish or even no fish behind. One University researcher told us that he was concerned about some of the netting he had seen during sampling. Volunteers might be well intentioned but simply not sufficiently experienced to ensure consistency. The difference in sampling techniques is important because the study relied on using samples obtained from several different teams working in different ways.

A search of the Irish Times’ website identified more concerns about similar studies. A report in the paper in June 1997 highlighted many flaws in a Irish state funded scientific research programme and stated that the Minister of State for the Marine was expected to launch an enquiry into the programme.

An independent report which looked at sea trout monitoring from 1992 to 1996 found ‘discrepancies’ on such a ‘large scale’ that it rejected the claimed link between salmon farms and sea lice numbers on sea trout. Dr Ian Cowx, of the University of Hull, found that some samples had been lost whilst others had been misreported. In addition, he found transcription errors as well as other flaws in the monitoring programme. The newspaper says that so damning are Dr Cowx’s findings that they challenge the recommendations against salmon farming made in earlier Government studies of the problem.

As a result of Dr Cowx’s findings much of the data recorded up to 1996 was questioned. It included ‘unacceptably high’ discrepancies of the order 7-14% but in some cases over 40% of the data had an associated inaccurate element. Dr Cowx said that the variability in the number of sea trout sampled between rivers virtually negates any hope of assessing a relationship between fish farms and sea lice. He also pointed out that data for healthy fish was often misreported.

He summed up his findings by saying that the sampling programme was inadequate to meet the high demands of such a sensitive issue. Many fisheries which should have been sampled were not or were sampled insufficiently or sampled during bad weather when few fish were likely to have been caught anyway. In some case, other fish like brown trout were retained for analysis so artificially boosting the numbers caught.

Sampling fish populations in the wild is notoriously difficult. Dr Cowx’s review brought into question the reliability of the samples during the 1990’s. This new study stretches back twenty-five years and with samples obtained from so many different sources, it is difficult to know what extent the samples can be trusted or not.

Just because sampled fish are found to be infested with sea lice, does not necessarily mean that the lice are the primary reason for the loss of condition. It simply a matter of one’s perspective.

Banging the bass: Intrafish has suggested that falling prices, ruthless competition and markets flooded with too many fish will characterise yet another difficult year for the Mediterranean sea bass and sea bream industry. According to the Federation of European Aquaculture Producers, production of both species totalled just over 300,000 tonnes across eight different countries. Compared to salmon production, this is just a drop in the ocean and it seems absurd, given the popularity of both species, especially for eating out in restaurants, that sea bass and sea bream producers cannot get on an even keel.

Many years ago, when the salmon industry in Scotland was in a trade war with Norwegian producers, we, at Callander McDowell, suggested that the problem then was not caused by over-production but rather under-marketing. Sea bass and sea bream appear to be reflecting the problems of the salmon industry of that time, although sea bass and sea bream production has had the added burden of the financial crisis that has crippled much of the Mediterranean region.

We believe that the real opportunities for sea bass and sea bream lie in changes to the industry’s approach to production. The Times newspaper recently reported that Fisheries Ministers across the EU have agreed to combat a sharp decline in wild sea bass populations, which have halved since 2010. Consequently, the Times says that sea bass are now off the menu.

This is a typical response resulting from an ill-informed media and environmental sector. Sea bass are not off the menu at all, only wild sea bass. Yet because the environmentalists who have campaigned for a stop to the fishing of wild sea bass are not supportive of the aquaculture industry, there is an absence of encouragement to ensure that the sea bass that consumers buy is farmed.  Fortunately, the reality is that most sea bass bought from the retail sector anyway is farmed. The wild catch goes mainly to specialist fishmongers and restaurants for one simple reason and that is the wild fish tends to be much larger than farmed. This means that it can be filleted or steaked or served as a centrepiece for more than one person. The farmed alternative is usually a one portion sized whole fish.

Although there has always been an opportunity to farm larger sized sea bass, the loss of the wild fish means that’s this opportunity is greater than ever. In addition, the production of larger fish opens up the potential to produce a greater range of added value products. This is a clear win-win situation especially as larger fish brings greater revenue.

Moving away from one portion sized fish also widens the market since there are many people who simply don’t like being resented with a whole fish complete with head, eyes and fins. The solution to the sea bass and sea bream crisis is about investing in what the consumer wants, not what the producers think what the consumer wants. (This commentary first appeared in Fish Farmer magazine.)