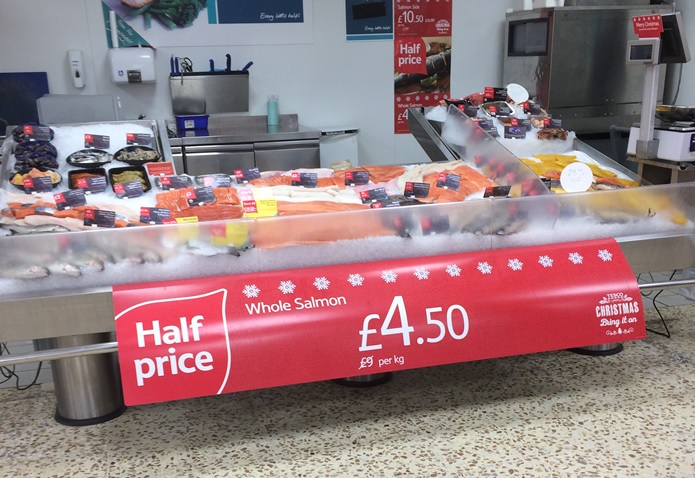 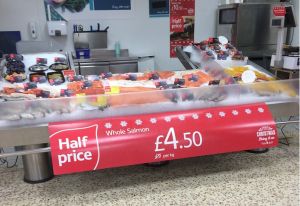 Lies, damned lies: The festive season is a time when newspapers can struggle to fill their pages and this year was no exception. The Scottish press seemed happy to use stories provided to them on a plate by one of the industry critics. The story focused on a Freedom of Information request to supply details of the amount of treatments used to fight the menace of sea lice. Using the old trick of adding the amount used over many years, it did seem that the usage was high. However, a rough calculation suggests that the amount equated to about two treatments per site a year, which whilst not desirable is certainly not the excessive amount cited by this particular critic.

Now, according to fishfarmingexpert.com, Pål Mugaas Jensen, editor of Norske Fiskeoppdrett confirms that the amount of medicine used in Scotland did increase tenfold in terms of weight but does not take into account the radical difference in strength between those products used for bath treatments and those used in-feed.

He continued by saying that the Scottish Environmental Protection Agency (SEPA) data shows the Scottish salmon industry used 38 kg of in-feed treatment in 2006 and 1 kg of bath treatment. By 2016, the industry had increased use of in-feed to 56 kg and bath treatment to 19 kg. However, when the relative strengths of the treatments are taken into account, the overall usage looks very different.

The industry critic suggested that the industry had increased usage by tenfold or almost 1000% but a comparison of the active ingredient actually shows a 92% increase.

Mr Jensen explains some of the calculation on the FishFarmingExpert website  http://www.fishfarmingexpert.com/news/lice-damn-lies-and-statistics/ so we won’t repeat that here except to say he does point out that in human medicine comparisons are made using the term ‘defined daily dose’ or DDD which takes into account different doses for different medicines. He says this paints a more accurate picture, unlike the methods used by critics of the salmon industry.

He points out that it’s not straightforward to calculate bath and in-feed treatment drugs either, but if you apply this weighting to the Scottish statistics, one comes out with 39kg used in 2006 and 75kg in 2016 – a 92% increase. However, when the increase in salmon production [from 133,00 to 180,000 tonnes] is taken into account, a more accurate figure would be that the industry used 0.29mg of active ingredient of delousing drugs per kg of salmon in 2006 and 0.42mg/kg in 2016 – roughly 1.4 times more active ingredient of delousing medicine per kilo of salmon produced.

We, at Callander McDowell make no apologies for repeating Mr Jensen’s comments here because they show how easily data is manipulated to paint the blackest picture of the salmon industry.

Different ends of the market: iLAKS have awarded a bottle of drink to Ole Kristian Kjellbakk of Polar Quality for giving the closest prediction of the salmon price this Christmas. iLAKS had asked a number of key industry people for their prediction back in October and Mr Kjellbakk was the winner with a prediction of NOK 78/kg when the actual price was NOK 77.84/kg for 4-5 kg fresh superior salmon packed and delivered in Oslo.

We, at Callander McDowell, were interested to compare the idea of price forecasting amongst key industry people with what actually happened at the customer interface. We came across the blog of a fishmonger who works on the fish counter at a Tesco store, which details her experience of selling salmon this Christmas. https://girlyfishmonger.wordpress.com/2017/01/03/december-madness-and-beyond/

Well, what a crazy month December was! I had intended on writing a blog round about the middle of December, doing a little update with customers and the beautiful fish we had in.

Easter and Christmas will always be fantastically busy on the fishmonger counter. I have to admit now that I actually get excited because we have Whole Salmon on offer. Just the sheer volume of Salmon we sell, the amount of prepping we do and the amount of customers, just gets me excited about what I do.

Whole Salmon for Christmas was on offer at half price. Definitely not a big secret, as customers had been asking since about October! It was the first time since Easter, that we physically sold out of stock usually round about lunch time!

Every morning the counter was set up, the Salmon was selling. Sometimes even before the counter had been opened it was selling. For instance, the Monday of Christmas week should have been my day off, but had agreed to go in early in the morning to get the counter set up. So 4am I was there, just for 2 hours to get set up. 9am I was still there and all the Salmon that had been delivered had gone! The vast majority of them descaled and cut into steaks and the rest of them filleted. 11am I went home and I knew that it was going to be a crazy week.

Every day we were selling out, simply could not get enough. Friday 23rd December was an epic day. 10 very large cases of Salmon arrived for the counter and by lunch time, they had all gone! Fortunately, 2 members of staff were there to help me, either descaling or steaking, which really did help when one lovely lady wanted 9 whole salmon!!

I was shattered, when I sat down in the canteen, everything started to ache, but I’d never been happier!

Salmon was certainly very popular this Christmas but whilst iLAKS’s competition for Norwegian exporters appear to celebrate a price point of around £7.80/kg (equivalent) this price level was not the reason for salmon’s popularity because Tesco were selling whole salmon for just £4.50/kg.

Will consumers continue to buy salmon if the price reflects the prices quoted in the Norwegian media? We suspect not. One retailer decided not to promote whole salmon this Christmas opting to focus its promotions on other products. Their whole salmon was selling at £12.99/kg but many of their counters didn’t even have any on display. By comparison, Tesco counters had whole salmon as a central feature to their fish display.

No to Cod: Undercurrent News reports that Nordea Bank are forecasting that cod will ‘conquer’ the retail sector at the expense of overpriced salmon. Nordea say that salmon prices have rocketed by 70% over the last eighteen months but by comparison, cod has only increased by 16%. As a result, Nordea expect cod to dominate shelf space at the expense of salmon. This will be helped by a wave of fish heading to Europe due to increased quotas.

Whilst on paper, Nordea’s figures would suggest that consumers will choose to select cod because of more favourable price but this prediction ignores one fundamental truth and that if salmon becomes unavailable or is too expensive, most consumers are more likely to buy chicken or a pizza instead, rather than look for a different species of fish.

Cod is simply not a replacement for high priced salmon. It is not all about price. After all, there are plenty of other fish species currently available that are even cheaper than cod but they are not perceived as a substitute for salmon.