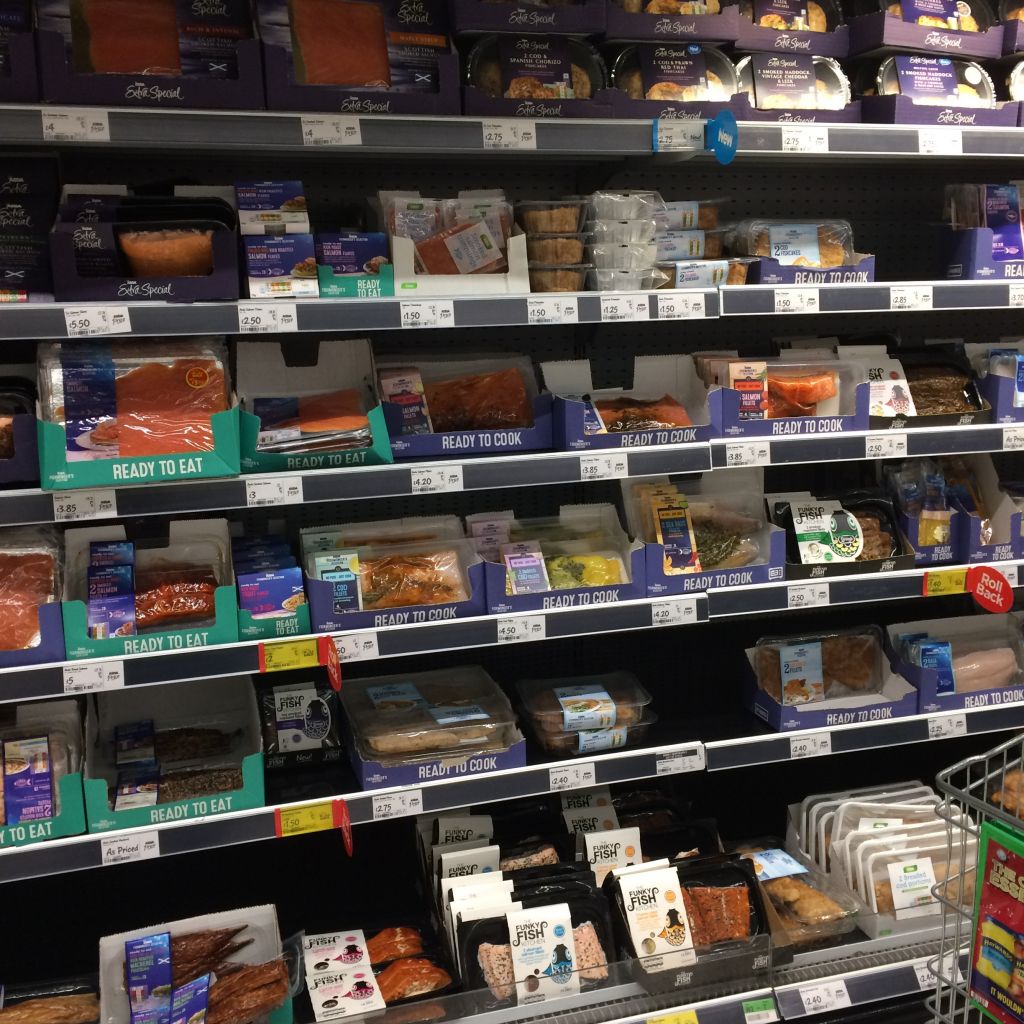 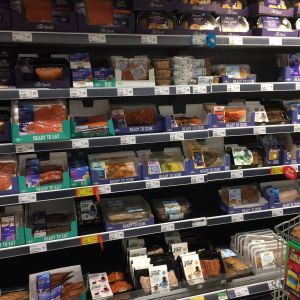 Breaking news: According to Intrafish, US consumers under the age of 45 are eating less salmon than those who are aged 45 and over. These are the findings of a new study conducted for the Norwegian Seafood Council by Ashley Bouldin of the Food Group. Ms Bouldin was one of the speakers at the recent NSC Aquaculture Conference in Oslo where she spoke about changing consumption patterns in the US market.

Egil Ove Sundheim of the NSC told IntraFish that the key question is why is there this differentiation in consumption between older and younger consumers and what can be done to encourage younger age groups to increase their consumption. He added that this pattern is something that has also been seen in other markets and in our view, he is absolutely correct. This diversity of consumption is apparent elsewhere but more importantly, it is not new. We, at Callander McDowell, first became aware of this disparity in consumption in the UK over twenty years ago, but in fact, it had been apparent for much longer. This disparity may have been present in the market for a long time now but the reasons for the differences have been evolving with a developing market. For example, the first McDonalds franchise opened in the UK in 1974. This eventually contributed to changes in the way consumers approached eating food. However, it was only one of many changes that have influenced food consumption. It wasn’t so long ago that eating out in a pub meant buying a packet of crisps and now pub food has created a whole new level of eating that didn’t previously exist.

And yet despite a much greater choice, there is still this disparity between younger and older age groups about the amount of salmon and fish in general that they consume.

Ms Bouldin pointed out the differences between the two groups. She said that older consumers are more likely to eat at home and have a more traditional consumption, whereas younger consumers like to eat out more and want more choice. They are also more willing to accept a substitute if their preferred choice is not available. Ms Bouldin suggests that if the supply of fish and seafood is low, then younger consumers will readily accept something else.

We wonder whether this view is just a little simplistic. We suspect that if stores were flooded with fresh and chilled salmon, the same disparity in consumption would still occur. This is not about supply but rather about how the salmon industry responds to changing markets.

In the past, whenever the salmon industry had encountered problems in any particular market, it has tended to seek new markets elsewhere as an alternative whereas the challenge is really to look at ways to adapt the offering as an alternative within the same market. The same can be said about meeting the needs of different consumers within each market. The typical offering has tended not to be what the younger consumer has wanted so they chose something else instead. This does not just apply to salmon but for most fresh and chilled fish. We have been very slow to meet this challenge and thus the disparity between the way different age groups consume fish has grown.

By coincidence, our Dr Martin Jaffa will be speaking on this very issue at Sjomat Norge’s Havbruk Nord conference in January in Tromsø so we will return to the subject early in 2017.

Line caught food: Feed Navigator.com reports that the head of the research centre at feed company Skretting has weighed in on the debate emanating from the BBC coverage of a University of Stirling study showing omega-3 oils in farmed salmon have halved in the past five years due to an increased replacement of fish oil with plant oils. The study suggests that instead of eating one portion of salmon, we now need to eat two to obtain three and a half grams of beneficial omega 3 fatty acids.

Alex Obach, managing director of Skretting’s Aquaculture Research Centre (ARC) has now said that it is the amount of fatty acid that should be considered rather than the overall trend. He said that a EU directive states that a claim that a food is rich in omega 3 can only be made when the product contains at least 0.6g of Alpha-Linolenic Acid per 100g or at least 80mg of the sum of the EPA and DHA per 100g. He points out that whilst there has been a clear reduction in EPA and DHA levels in farmed salmon since 2006, the levels are still higher than any other dietary source.

Whilst, this may be true, we think that Dr Obach misses the point. This is not about whether salmon meets the requirement of an EU directive but whether it meets the expectations of the consumers who pay to buy it. Many of the consumers who choose to eat salmon do so because of the heart healthy image of salmon that the industry chooses to promote. Compromising the oil level will ultimately affect the market image and damage the reputation of salmon in the eyes of the consumer. Salmon is not the only oily fish that is available for consumers to buy.

The University of Stirling study compared fatty acid levels of salmon farmed between 2006 and 2015 and the time span of the study may not be a coincidence. Undoubtedly, part of the reason why less fish oil is used in salmon feeds is down to price increases, but equally, ten years ago, there was increasing pressure from the environmental sector to protect wild catch fisheries especially, those not intended directly for human consumption. For the last decade, the environmental sector has waged war against the aquaculture industry for its use of marine proteins and oils. We have previously discussed the recent manifestation of this campaign with the challenge by the Monterey Bay Aquarium and its partners for aquaculture feed companies to produce feeds totally free of fishmeal and oil by offering big cash prizes.

Now at a time when aquaculture producers are being asked to compromise the quality of their produce ‘to help save the environment’. Seafood Source reported that the Canadian pet food company Petcurean has been granted MSC certification for its Gather dog food. Their Gather Wild Ocean Food contains line caught cod from Alaska blended together with krill. The company’s president said that consumers are increasingly demanding sustainability, transparency and organic ingredients for their pet animals which is why the company has aligned with partners that are committed to responsibility and accountability. Whether it is responsible to produce fish rich feeds for pets is open to debate as is the accountability of the various partners to protecting the seas and oceans.

It does seem that whilst the environmental sector is pushing the aquaculture industry to look for alternatives to marine proteins and oils, they are reluctant to call for similar restraint in the pet food sector. In fact, far from it, they are willing participants by certifying pet foods as sustainable. This is because the only thing pet owners are interested in is making sure that their pets get only the best, irrespective of whether it makes sense or not.

How far pet owners will go can be seen from a report n the Daily Mirror which highlighted the launch of a new cat food from British Banquet. The new cat food will cost £10 for an 85g tin compared to an average can which cost 50p.

The high cost of the cat food is reflected in the list of ingredients, which includes Devon crab, Arenkha caviar, line caught Scottish salmon and Norfolk lobster. The food also includes organic asparagus, quinoa and saffron for that ‘extra touch of luxury and refinement’ and has no preservatives, additives or artificial colours. It is also GM free.

The manufacturers point out that it is also fit for human consumption and tastes wonderful should any owner be tempted to try it.

Of one thing, we can be certain, this cat food won’t be certified by the MSC. They may be willing to certify line caught Alaskan cod, but line caught Scottish salmon (whatever that means) is definitely off the menu.

Deflecting away: The ICES report on impacts of aquaculture on wild fish populations http://ices.dk/sites/pub/Publication%20Reports/Expert%20Group%20Report/acom/2016/WKCULEF/WKCULEF_2016.pdf as requested by NASCO acknowledges that:
The survival of Atlantic salmon during their marine phase has fallen in recent decades. This downturn in survival is evident over a broad geographical area and is associated with large-scale oceanographic changes. Viewed against current marine mortality rates commonly at or above 95%, the ‘additional’ mortality attributable to sea lice has been estimated at around 1%.

The participants at this workshop included some of the acknowledged leading scientists working in the subject of sea lice.

Despite this clear message emanating from this influential workshop, the Salmon & Trout Association (now renamed as Salmon & Trout Conservation) persist with their campaign against salmon farms in Scotland. Their latest campaign is to try to persuade a couple of the retailers who only sell Scottish salmon, to either apply pressure on their farmed salmon suppliers to reduce sea lice infestation pressure or to remove salmon from certain production areas from their shelves. The S&TC say that these retailers should live up to their green credentials and help protect stocks of wild salmon and sea trout.

Fish Farming Expert reports that the S&TC were responding to the latest sea lice data published by the SSPO which show some counts that are higher than levels set by both industry and government. Of course, we imagine that the industry is not happy when agreed levels are breached but whilst we agree that this is an issue that the industry needs to address, we do not agree with the S&TC that these lice represent a major threat to wild salmonid stocks.

The S&TC say that sea lice from salmon farms will cause massive damage to wild fish, killing juvenile salmon and sea trout when they go to sea. They add that fisheries’ scientists agree that huge harm is threatened to wild salmon and sea trout survival.
Yet, a whole room full of fisheries scientists at the ICES Copenhagen workshop have indicated that the additional mortality attributable to sea lice is just around 1%, which somewhat pales into insignificance when compared to the 95% mortality experienced in most rivers, even those located hundreds of miles away from the nearest salmon farm.

Whilst the S&TC try to make the most of their campaigns against the salmon farming industry, they have been extremely reluctant to discuss the new work that does not support their claims. We, at Callander McDowell, have repeatedly tried to meet with the S&TC but they have not even acknowledged our attempts to contact them. It seems that they are unwilling to look at research that does not support their claims. Unfortunately, the fisheries scientists are just as reluctant to discuss this new analysis of Scottish rivers until the work is published so it is just a waiting game.

Fortunately, not everyone is so blinkered in their willing to consider new research. Our Martin Jaffa has been invited by Sjomat Norge’s Havbruk Nord to present the findings of this research at their conference in Norway in January.