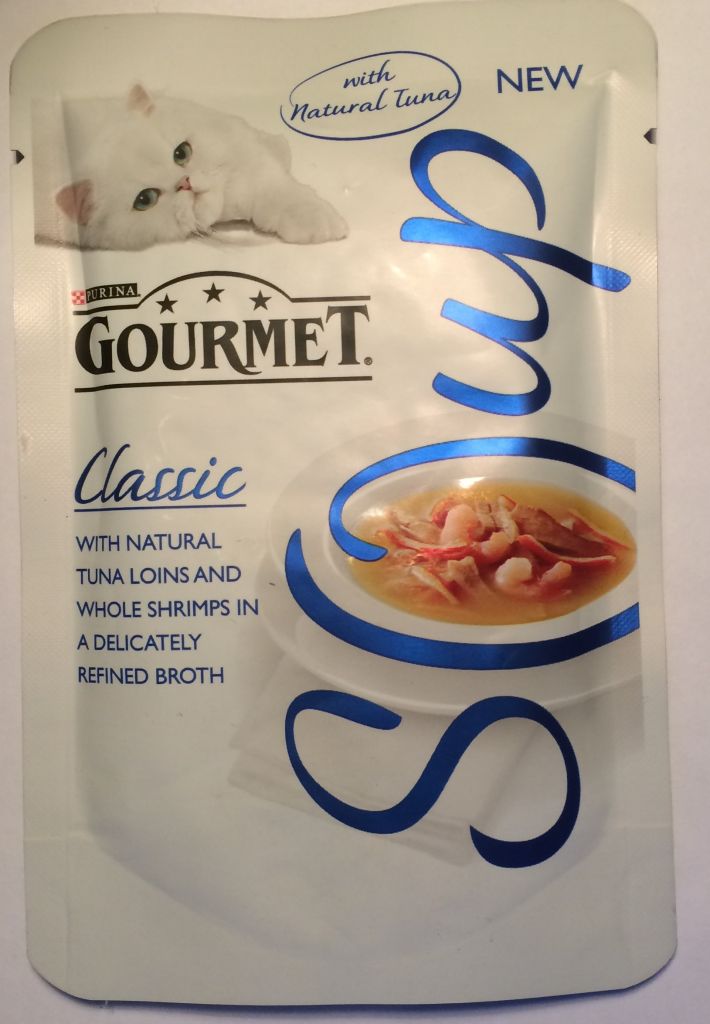 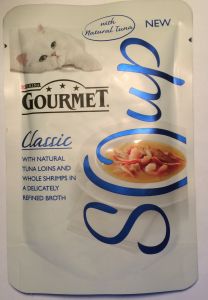 Missing link: In the last issue of reLAKSation we discussed the Global Salmon Initiative’s seminar held recently at Aqua Sur in Chile. Whilst GSI had provided the links to three of the six presentations given during the meeting we lamented the fact that the other three could not be accessed. One of these was the presentation given by GSI’s Avrim Lazar about what the organisation was doing now and in the future. Given that one of the aims of GSI is to be transparent, the lack of access to this and other presentations appears to be a major deficiency.

We mention this meeting again because we did discuss some of the issues raised in the presentation given by Gorjan Nikolik of Rabobank who talked about why sustainability should be an advantage to aquaculture. We also provided the link to the presentation however one of our readers pointed out that the link no longer works. It seems that the link we supplied was correct but rather that the presentation has been removed from the GSI website. The other two presentations are still available – http://globalsalmoninitiative.org/events/1039/

We have no idea why this presentation has been removed. It could be a coincidence that its disappearance occurred during the same week that we discussed the issues it raised or it may have been for some other reason which remains unknown.

We are not suggesting this is the case here but we are constantly amazed how many people are ready to comment on the salmon farming industry but are not so willing to enter into further discussion. We recently saw a taste test of smoked salmon in a national newspaper that was conducted by a well-known food writer who is also a long-time critic of the salmon farming industry. Some of the comments made have nothing to do with the taste of smoked salmon but reflected their wider views. We would have liked to engage in debate on that issue but unfortunately we are blocked from this food writer’s Twitter account. Our past error was to extend an invitation to come and visit a modern salmon farm.

We have written several times about how we would like to discuss our study of wild fish interactions with salmon farming with Salmon & Trout Conservation. Not only do they never respond to mail but they also have blocked us from their Twitter account.

It seems to us that if someone has something to say they should be willing to stand up and defend their views, whether good or bad. If GSI wish to be fully transparent then they should be shouting their message as loud as they can. This should also apply to those who participate in the GSI’s activities. We would be more than happy to send someone to speak at their meetings if such an invitation was extended, although given our views on GSI, and its interaction with WWF, we think we will be waiting for some time yet.

Souper – taste test: Talking of taste tests, we recently picked up a couple of sachets of soup from our local supermarkets. These new soups come in a range of flavours but the two we bought are described as:

The second packs substitutes shrimps for the anchovies but however tasty these sound, we will not be tasting them this is because the intended recipients of these soups are pet cats. The pack says: ‘your Gourmet gastronomic selection offer your cat an amazing taste experience. We are sure these soups will give your cat an irresistibly tasty meal every day. A delightful idea to add to your cat menu giving a different and surprising texture for the palate’. 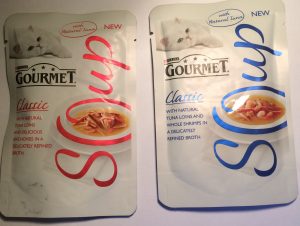 This is yet further evidence that the pet food industry has more to do with pet owners vanity than nutrition.  These soups contain 20% tuna and more significantly tuna loin. Of course, it is just derivatives of tuna loin but it is still marine protein that could be used within the aquaculture industry to feed animals whose natural diets are based on marine nutrients.

Contrast an image of supermarket shelves stocked with a wide range of pet foods stuffed full of marine proteins with the news that a short list has been published of the eight companies/partnerships that are in a race to develop a fish-free feed for aquaculture. According to Fish Farming Expert, the first company to sell 100,000 tonnes of fish-free feed will win a prize of $200,000.

The entries include two for rainbow trout, two for shrimp and four for tilapia and or carp. Interestingly, no-one is trying to develop a fish-free salmon feed.

The idea for the contest arise from discussions with several environmental non-profit organisations and supposedly demonstrates how the aquaculture industry and environmental groups can come together to achieve common goals. We, at Callander McDowell, just wonder who is directing who in this relationship?

Fish Farming Expert say that the main sponsors include the Monterey Bay Aquarium. This comes as no surprise given their funders’ past attempts to manipulate the farm salmon industry.

Yet again, we see an example of environmental groups applying pressure to the aquaculture industry to move away from using marine proteins in their feeds whilst the pet industry finds ever more inventive ways of using it. The environmental sector has picked an easy target knowing that they can never win the battle over vanity based pet foods.

Plan ahead: Congratulations to Kames Fish Farming following their appeal to the Scottish Government’s Directorate for Planning and Environmental Appeals (DPEA). According to the Press & Journal, permission has now been granted for the company to install 12 cages in Loch Pooltiel off the Isle of Skye. This has been a long drawn out fight with 77 objections lodged against the original proposal.

The official recorder said that appropriately sited and managed fish farms can and do co-exist with tourism in other locations and that there is nothing to show that this would be any different at Loch Pooltiel.

We certainly applaud this decision and would highlight that it is a clear demonstration for the need of a complete over-haul of the planning process for marine farms. We were interested to see that planning does feature in the recent industry strategy for 2030 but only as recommendation no 7 and not as part of the lead recommendations. We believe this is a mistake for we believe that the greatest obstacle to achieving the aims of the strategy is planning. Without a clear planning strategy for Scotland’s aquaculture industry, the rest of the strategy is meaningless. How can the industry expand without the sites to do so?

At the same time, the strategy must take into account the need to move away from the coast where more space exists. Hence the need to develop the technology to deal with more exposed sites and even open sea farming. This is why we need a fully integrated approach but also why planning should take priority.

The salmon farming industry shouldn’t have to fight every application for what is after all a transient residence.

Towards Xmas: Undercurrent News recently reported that industry analysts believe that farmed salmon prices could spike in the build up to Christmas pushing towards £9/kg for Scottish fish, although if prices do reach such levels they are not expected to remain that high for long.

Undercurrent News spoke to several analysts who arrived at similar conclusions for possibly different reasons. There was also little concern that high prices may impact on demand.

We too are not concerned especially as we are certain that we will be able to buy whole Scottish salmon from a local store for just £4/kg in the run up to the Christmas holiday.

Certainly, some consumers will be having a very happy Christmas.