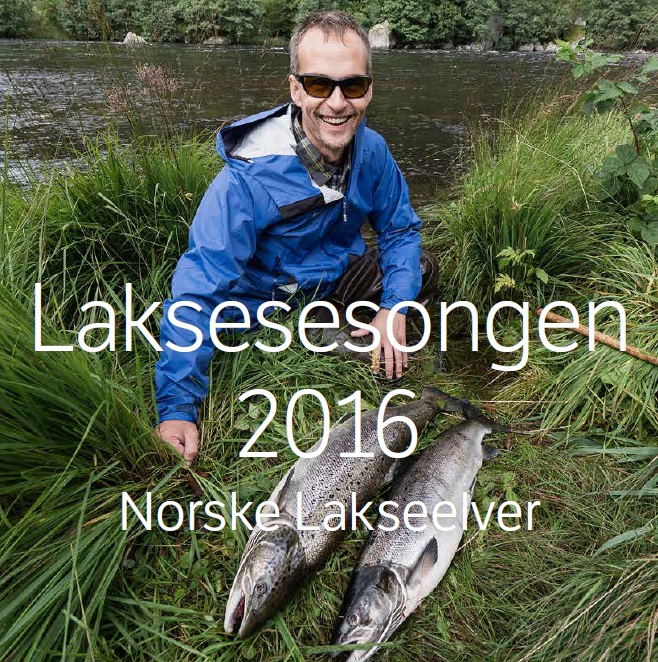 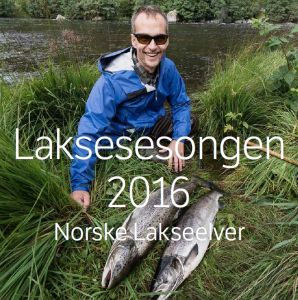 Tragedy of the Commons: Until this week we, at Callander McDowell, were not aware of the work of William Forster Lloyd (1794 – 1852) who wrote on economic theory. He is best known for his 1883 lecture on population control, which has subsequently influenced modern economic theory. His work was later developed by ecologist Garret Hardin who came up with the term ‘Tragedy of the Commons’.

The ‘Tragedy of the Commons’ is an economic theory of a situation within a shared-resource system where individual users acting independently according to their own self-interest behave contrary to the common good of all users by depleting that resource through their collective action.

The term ‘commons’ refers to ‘common land’ that used to exist in Britain and that it could be over-exploited by one farmer’s animals to the detriment of others.

This discussion about the ‘Tragedy of the Commons’ has arisen because we came across its inclusion in the title of a presentation given at the Sustainable Growth Summit 2016 organised by NCE Seafood Innovation Centre. The presentation, given by Geir Lasse Taranger of IMR is entitled Sustainability and Governance – How to avoid the ‘Tragedy of the Commons’. The theme of the presentation is the risk of open sea cage farming with a focus on sea lice and the new ‘traffic light’ system that IMR has developed to govern the growth of the salmon industry based on sustainability indicators at regional level.

The inclusion in this presentation of the idea that salmon farming could lead to a ‘tragedy of the commons’ has pricked our interest as Geir Lasse Taranger is appearing to suggest that the self-interest of salmon farmers will destroy the marine environment to the detriment of others. Certainly, this is a view promoted by the angling fraternity who claim that sea lice from salmon farming are destroying stocks of wild salmon.

If this argument is followed than it could be equally argued that the ‘Tragedy of the Commons’ also applies to the angling sector who are killing wild fish for their own self pleasure rather than acting for the common good.

It seems to us that the ‘Tragedy of the Commons’ is just an example of the negative thinking from which the traffic light concept is simply a by-product.  Salmon farming has been blamed for problems in the sea for over four decades although in many cases it is simply because the industry is a convenient scapegoat rather than the source of direct evidence. Just last year, IMR began their annual report on sea lice with the word ‘probably.’ In relation to lice infestation. The traffic light scheme is still the result of circumstantial evidence. In our opinion, a mindset that looks to the ‘Tragedy’ of the Commons will end up with a negative traffic light scheme.

It is easy to forget that the salmon industry has been successfully producing salmon for over forty years during which wild salmon have continued to return to their home waters. It is just too easy to blame salmon farming for the problems of the wild salmon sector and instead of controlling salmon farming, the effort should be directed on the improvement of the wild fish sector. Sadly, there seems to be a view that any interference with wild fish reduces the ‘wildness’ of the fish and consequently the macho ability to catch the fish on the end of a rod and line. This is the real ‘tragedy’ not the ability or willingness to share a ‘common’ good.

Ten year catch:  iLAKS reports that the Norwegian anglers’ organisation, ‘Norwegian Salmon Rivers’ have summarised the number of salmon caught in Norway this season based on reports from 44 key rivers. Their calculation shows that in 2016, angler caught the third biggest haul of salmon since 1993.

The Norwegian salmon catch is usually measured by weight but ‘Norwegian Salmon Rivers’ have started to use the number of salmon caught as a guide to the state of the harvest because they think it provides a better picture of what is happening This year, the 44 key rivers produced an estimated 57% of the total Norwegian catch but most interestingly, the number caught 67,383 was almost identical to the ten-year average (67,478). Of these fish, 17,958 were returned to the rivers, whilst the rest were killed. The release rate represented 27% of the catch.

iLAKS provided a link to the report http://lakseelver.no/files/villakssesongen_2016_rapport.pdf ,  which provided more insight. Most notable was that whilst the catch matched the ten-year average, there was significant variation in the catches from the 44 rivers. Anglers fishing the Daleelva found catches increased by 153% over the previous year, whilst those fishing the Otra were down 54%.

We, at Callander McDowell, are not familiar with the exact location of Norwegian salmon rivers but we believe that the worst performing rivers are all located in the south of Norway, well away from the concentration of salmon farming areas.

Although this report provides just a summary of Norwegian salmon catches, it does seem to suggest that salmon angling is not in the dire state that some claim. After all, if this year’s catches are similar to the ten-year average, then perhaps, the wild salmon sector has not succumbed to the presence of salmon farming after all? In fact, it could be doing even better than the report suggests. This is because as Frode Reppe from NSL highlights in a separate commentary in iLAKS, the number of active anglers in Norway has fallen from 81,000 in 2006 to 64,000 in 2014. This means that fewer anglers are now catching more salmon. Could it be that the claimed impacts of salmon farming are not as great as some maintain? This would be a similar picture to that on the west coast of Scotland where 22 rivers and fishery districts have been upgraded to Grade 1 status and a further 35 to Grade 2. Last year all were classified as Grade 3, the worst performing grade, which anglers claimed was proof of the damaging impacts of salmon. A year on, the picture is very different.

Compared to Scotland, the rate of catch and release in Norway is very low at just 27% for these 44 key rivers. This means that in just these rivers, 49,425 fish were killed for sport and were prevented from breeding and ensuring the future of new stocks. ‘Norwegian Salmon Rivers’ think that the final figure for returned fish will be lower for the whole of Norway at around 20%. This is the real tragedy of Norwegian rivers. Of course, it is easier to deflect the blame onto salmon farming than take the necessary remedial action to improve stocks.

Going Doon: The Herald newspaper reports that a popular fishing beat has closed its banks to anglers because there are not enough fish to catch. In 2015, anglers caught 27 fish from the mile and three quarters double stretch of the River Doon and this year, the number is not expected to be any better. Two decades ago, almost 1,000 fish were landed from this beat.

The proprietor told the newspaper that he is witnessing the extinction of wild salmon in the River Doon and blames the unregulated growth of salmon farming. He also hits out against the Scottish Government and their failure to force salmon farmers to control sea lice. He said that he ‘holds every Scottish Fisheries Minister personally responsible for the dramatic decline of wild salmon. He said that the clear-to-see cause, supported by countless evidence based reports, is the growth of salmon farms that are set up with very little monitoring. He concluded that wild salmon has become an endangered species on the west coast of Scotland.

The River Doon was included in our recent analysis of salmon caught by rod and line from Scottish rivers. During the early nineties, salmon catches spiked for one year with a haul of around 2,000 fish. This is presumably the same year that 1,000 fish were caught from the highlighted beat. Since then, catches for the whole river have varied from 500 to a maximum of 1,200 in a couple of years. These catches confirm the consistency of the average 300 catch on the beat until the last couple of years. During all this time, the salmon farming industry has continued to grow and despite this growth, the catches from the Doon do not appear to have declined.

By our calculation, the catch in 2014 was just over 500 fish, which is within the range experienced over the last twenty years. In 2015, the catch fell to 323 fish and presumably, it has not improved this year. It therefore appears that the catches on the river have fallen over the last two years below previous levels. By 2015, the salmon farming industry has been in operation for at least 45 years. How the industry, or even Scottish Ministers, can be blamed for the lack of fish this year is beyond understanding, especially, as all Scottish rivers appear to have suffered too, including the great East coast rivers.

Clearly, there is something else happening to wild salmon stocks in Scotland but yet again, it is easier to blame salmon farming than investigate the real cause. One explanation of recent poor catches is a change to the timing of the runs. This may account for poor catches across Scotland this autumn.

We, at Callander McDowell, were interested to hear which of the countless evidence based reports were consulted to help lead to the reported conclusion. We therefore sent an email request to the proprietor. His response was that we should read the views of Michael Wigan, Orri Vigfussen, Bruce Sandison etc. or look at Alexandra Morton’s hard evidence film!

Aldi Ad: The Scotsman newspaper reports that budget retailer Aldi is being investigated by the Advertising Standards Authority over a TV advert that apparently shows salmon swimming in the wild when in fact the fish Aldi sell are farmed. The complaint was submitted by John Robbins of ‘Save our Seals’ who claims that the advert, which aimed to highlight the store’s ethical ethos, was misleading. The section about salmon promoted the RSPCA assurance scheme, which ensures the welfare of farmed salmon.

Mr Robbins told the Scotsman that the advert showed wild uncaged salmon swimming in open water whilst Aldi’s salmon are actually reared in caged floating fish farms.  This complaint is not surprising given that Mr Robbins looks for any excuse to attack the salmon farming industry as part of his attempt to protect the life of every seal living around the coast of Scotland. He fails to recognise the efforts undertaken by the industry to reduce the need to remove the occasional seal from the immediate vicinity of a salmon farm. Unfortunately, his readiness to attack the salmon farming industry sometimes borders on the absurd. The complaint against Aldi is such an example.

The advert can be seen at https://www.youtube.com/watch?v=PsDdf1_w_uk The sequence involving the salmon, which clearly are animated and not real fish, features a diver sitting reading a newspaper under water whilst a few fish swim in front. The diver looks up as an apple floating down in front of him followed by more apples and a woman bungee jumping into the sea. The advert also includes a sequence of a grandmother freefall parachuting with a silver platter of roast chicken. This was clearly never intended to be a representation of current reality so we do not think that anyone watching the advert would be confused and think that the salmon sold by Aldi is wild. The message was always about the RSPCA welfare scheme, which monitors farmed salmon production not wild.

Of course, there are some who do think that the RSPCA should not be endorsing an industry that is ready to kill seals to protect their stock but given the fact that there needs to be an animal protection organisation due to the cruelty to pet animals found in many UK homes, the issue of protecting farmed stock under licence dwindles into insignificance.

Perhaps, Mr Robbins would be better served by congratulating the salmon industry on the steps already taken than instigating trifling complaints against the retail sector which will not help his cause.