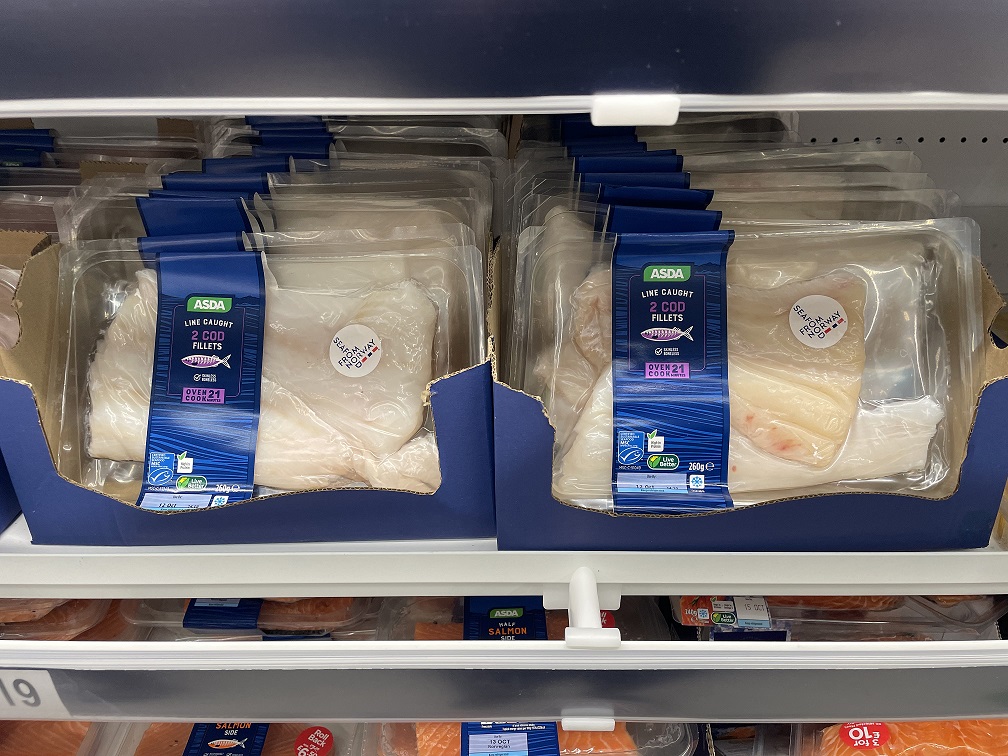 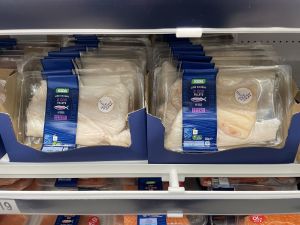 Anti-farm: In reLAKSation no 1960, I discussed the preliminary results of the west coast tracking study. I had attended an online workshop at which the results had been presented, during which a request had been made not to publicise the results. A short video has been released which discusses the findings and is available through the Atlantic Salmon Trust website. This was followed a week later by a press release which claims that the project is beginning to shed light on how this iconic species uses the west coast. The press release includes comments from the Scottish Rural Affairs Secretary, Mark Bilsby head of the AST and Alan Wells of Fisheries Management Scotland. All enthused about the project focusing on the momentous efforts involved through the wonderful partnership to share resources and knowledge and working to better protect precious wild salmon.

In the extremely unlikely event that I had been asked to provide a comment, I would have been unable to share this enthusiasm. The west coast tracking project might have academic interest, but it is totally misguided to believe that it will help safeguard the future of wild salmon. Salmon’s problems lie many hundreds of miles away from the west coast but sadly anglers and their representatives have become so entrenched in the view that salmon farming is to blame that they continue to invest in efforts aimed at curtailing farmed salmon production.

In his comment in the press release, Alan Wells states that in the second year of the project, we will build our understanding of the timing and speed of salmon migration through sea lochs as well as routes with marine developments such as aquaculture and offshore renewables. However, as the west coast is not really suited to wind farms, he only means salmon farms.

The purpose of this tracking project is solely to show that migrating smolts swim past salmon farms, something which is already well-known. At the end of the project, the AST and FMS will argue that some smolts have to swim past multiple farms and that this is unacceptable. What they cannot show is that those smolts are not failing to return to Scottish water because they have swum past a salmon farm. It is simply conjecture.

However, the AST seem to take a different view. Last week, the AST issued a policy statement on aquaculture on their website. It seems to be no coincidence that it was published just two days before they released some details of the west coast tracking project.

Their policy statement begins ‘It is beyond doubt that wild Atlantic salmon and sea trout can suffer from the presence of open pen salmon aquaculture’. They attribute this to sea lice and interbreeding. They then say that ‘these problems have severely impacted individual populations of wild salmon and sea trout’.

I openly challenge the AST to provide any evidence to show that salmon farming is responsible for severely impacting individual populations of wild salmon and sea trout. Of course, they’ll not respond because they don’t have any.  In their press release, they say that the role of the AST is to ensure scientific evidence is collected and used to inform. However, they are very selective about what scientific evidence they collect. I sent Mark Bilsby a copy of my paper showing that grilse catches across the north-west highlands have increased and he never replied.

The AST policy statement ends by saying that populations of wild Atlantic salmon and sea trout are in crisis and the Atlantic Salmon Trust will always put their well-being above all other considerations. Given this crisis I wait to hear that the AST have called for a total ban on all fishing for these fish. This would ensure that all fish are left to produce the next generation of fish without any disturbance. Of course, when the AST say they put the fish’s well-being above all other considerations, they mean except for angling.

I should mention that I don’t blame the salmon crisis on anglers, although they clearly exacerbate the problems. The cause of the crisis lies elsewhere but after fifty years of evidence of salmon decline, (long before salmon farming) there still seems no appetite to investigate what is really going wrong.

Alaska: Salmon Business reports that a coalition of NGOs from British Columbia has urged Alaska to end the interception of hundreds of thousands of salmon that swim south towards Canadian waters. The coalition stated that they are gravely concerned over the growing and unsustainable impact commercial salmon fisheries in parts of Alaska are having on BC bound salmon runs. They continue that Canadian salmon populations are at an all-time low, and this is having an impact on recreational and Indigenous fisheries in British Columbia because of unprecedented closures that are having severe economic, social and cultural impacts on local communities.

Salmon stocks across Canada are suffering but it seems inconceivable that those in the north of the state are in decline because of intercept fisheries in Alaska whilst those in the south are in decline because of the impact of salmon farming. Could it be that Fraser River salmon are suffering from the same impacts as elsewhere and not from the presence of salmon farms?

We have seen elsewhere that it is too easy for local people to blame something on their doorstep rather than consider the wider problems.

We see the same issue in Scotland with a national narrative about the impacts of salmon farming yet clearly the problems of poor catches in the big east coast rivers have nothing to do with salmon farming.

Given her concern about wild salmon, it is strange that anti-salmon farm critic Alexandra Morton never mentions the problems of declining stocks in Canadian rivers that don’t have salmon farms. I would certainly be interested in what she has to say.

Had its chips: It can be very difficult to continue writing about the problems of wild fish whilst ignoring what is happening to people elsewhere in the world. Of course, the conflict is heart breaking, not least because it is so unnecessary.

Despite being so far away, the conflict in Ukraine is having an impact on energy and raw material prices. The Sunday Times highlighted the crisis facing the fish and chip business, which they say are being squeezed from all sides.

In addition to power price increases, the price of sunflower oil used to fry the fish has gone up because Russia accounts for about 60% of the world’s production. The rush for alternatives has pushed prices up. Even the cost of beef dripping, which is used in some northern fish and chip shops has increased but this is because there are no workers to render the cattle carcasses.

Andrew Crook, president of the National Federation of Fish Friers said that about 30 to 40% of fish had been imported from Russia and this fish is now subjected to a 35% tariff. With the USA banning imports from Russia, increased demand for Norwegian and Icelandic cod has pushed up prices. An 18kg case of cod which contains about 70 fillets has jumped by 64% to £230.

The pressure has meant that some fish and chip shops  such as Umberto’s in Preston are closing temporarily because the alternative was to put up the price of a portion of fish and chips by 30%.

One question posed by the Sunday Times is whether UK caught cod should be exported with most going to Ireland, France and Spain. UK boats landed 9,602 tonnes of cod last year. However, it is unlikely that retaining cod in the UK will make it any cheaper for British fish and chip shops,

The Sunday Times is not the only paper to have considered the price of fish and chips. It is a subject that has been widely covered by the press and radio yet despite much discussion there seems to be little in the way of solutions being offered.

I have written many times previously that the UK fish and seafood sector is very reluctant to think outside the box. Instead, we are seeing Umberto’s of Preston shut up shop instead of asking how can we make the current crisis work for us?

I am always reminded of a discussion on the Chris Evans breakfast show on BBC Radio 2 about fish and chips. The debate was about which fish do people prefer. However, Chris Evans said that in his view, it really doesn’t matter as it is the batter that is most important, not the fish and he is right.

We seem to have such a fixation with cod and haddock that we must import most of the fish we eat. This comes from Norway, Iceland and seemingly Russia? There are many other UK landed fish species that make equally tasty eating, especially if coated with a good batter. Instead of moaning about the price of cod, why aren’t the fish and chip trade seeking good, locally caught, cheaper fish species to sell to their customers?

This crisis, despite its horrors, is an ideal opportunity to support British fisherman and UK landed fish by promoting species that are usually avoided. I am sure that those members of the public buying fish and chips now would happily try alternative species, especially if given a bit of an incentive, rather than pay a high price for ‘traditional’ cod and chips.

Meanwhile: Fish Farmer magazine reported that Norway’s seafood producers are planning to use the UK as a test bed for new methods of marketing and communication in a bid to tempt more people to eat fish. The Norwegian Seafood Council plan to launch a pilot project in June which will stress the sustainability of seafood from Norway. This will involve a number of different activities over a period of four weeks in June that will explore innovative PR and marketing concepts that can then be extended to other markets. Instead of ordinary advertising for Norwegian seafood, NSC want to promote the message of sustainability in new ways. This will include looking to the role of seafood in the world’s food systems.

It will be interesting to see what approach NSC take. Most recently, this has been to apply a NSC sticker to packs of cod and haddock in Asda stores. The sticker carries no information, and, in my opinion, its only purpose was to show the Norwegian industry that marketing campaigns were being conducted in the UK, because it certainly had no impact on Asda customers.

With food prices set to rise due to the current conflict, UK consumers are unlikely to be swayed by a marketing campaign about sustainability. I appreciate that various surveys suggest that sustainability is important to British consumers but in my experience what consumers say and what consumers do are two very different things.

Last August, Fish Focus reported that NSC had said that consumer expectation of their fish and chips had changed. Eighty seven percent of respondents agreed that sustainability was important to them even though three quarters had no idea what to look for when buying sustainable fish in a fish and chip shop. Unsurprisingly, half of respondents said that it was unlikely that they could even tell the difference between cod and haddock.

At the time, NSC said that they are seeing a sea change in public awareness around sustainability with customers asking for more help to make the right choice. They say that those eating fish and chips expect more when it comes to sourcing, and this is being driven by younger and more environmentally aware consumers.

If NSC are correct, then their new sustainability marketing campaign should convince UK consumers to eat more fish. I remain to be convinced.