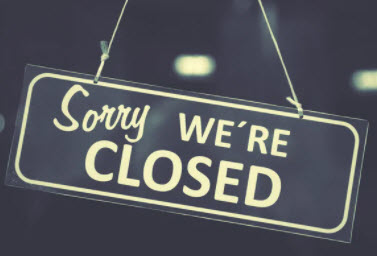 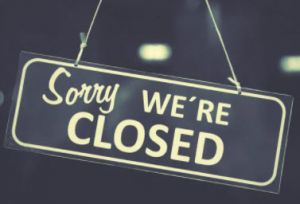 More sea trout:  I am keen to continue the theme from the previous two issues of reLAKSation in relation to sea lice infestation and subsequent mortality of sea trout.

In addition to the two previous issues, I also commented on the latest Fisheries Biologists meeting in reLAKSation no 1060 and the fact that whilst they held a session on the (alleged) impacts of aquaculture, they didn’t invite anyone from the aquaculture industry to either attend or speak, despite extending an invitation to other external speakers.

Fisheries Management Scotland have now posted the recordings of the presentations on their website https://fms.scot/events/sfcc-biologists-meeting/ and it is clearly apparent that the closed meeting is to ensure that their salmon farming narrative remains unchallenged.

There were two presentations regarding sea lice infestations in sea trout in the aquaculture session. This was chaired by Charlotte Middleton, the FMS salmon interactions manager. This was the first time I had an opportunity to see Charlotte, as although she is an interactions manager, she appears extremely reluctant to interact. I have extended a number of invitations to meet to which at first, she replied she was busy but now she simply doesn’t reply. I have heard that she is not allowed to meet anyone from the aquaculture industry on her own but always has to be accompanied. This is probably to ensure she doesn’t hear anything that might undermine FMS strategy on salmon farming. Given that her post is funded by Marine Scotland, I think this is a disgrace. Surely, her role is to hear both sides of the debate, irrespective of whether it doesn’t fit their existing narrative. I would also question why in the interest of fairness; Marine Scotland didn’t fund a salmon industry interactions manager too. Clearly fairness doesn’t come into this story.

Anyway, although slightly different, the two presentations from Argyll Fisheries Trust and Lochaber Fisheries Trust shared one common theme and that was the risk to sea trout from sea lice. Of the two, the most interesting was that from Lucy Ballantyne of Lochaber. She related how that sampling in 2021 led to the calculation that 85% of the sea trout caught were likely to die.

She then continued that after a local farm harvested its fish, the sea lice infestation on sampled sea trout improved. It would be expected that once wild fish were infested, they would pass the lice onto other wild fish, but Lucy said that in 2021, they didn’t see that. Over the ensuing weeks, she also didn’t see fish with progressively developing stages and finally she didn’t see fish that had been to fresh water and returned to sea with signs of previous lice damage. Together, these observations led her to believe that a lot of the fish had died in line with the estimated mortality. She added that 85% mortality of wild fish is a scary figure. I would agree but only because it is a calculated figure and not a true reflection of what has actually happened in the water.

It is difficult to comment on specific examples such as this when the hard data is not available. I have written directly to Lucy but have not received a reply. What we do know is that they sampled 420 fish and whilst 420 fish might seem a large sample, they were caught over seven occasions using both Fyke and seine nets.

What we don’t know is how many of the 420 fish were caught before the farm was emptied and how many after. Lucy says that she didn’t see certain observations connected to the fish, leading to a conclusion that the fish had died but equally, the fish she might have expected to see simply may not have been caught. Just because she hasn’t seen the fish doesn’t mean they are not there. Lucy’s view is just an extension of the long-term criticism of salmon farming. The wild fish sector have connected the absence of fish with the presence of salmon farms, despite a lack of any hard evidence.

However, my biggest concern about the findings of both presentations made to the Fisheries Biologists Meeting is the total omission of any mention of the natural aggregated distribution of sea lice on fish hosts. The approximate 65,000 sea trout samples, to which both Argyll and Lochaber Fisheries Trusts contributed, and which I have previously referred, clearly demonstrates the unequal spread of infestation. If I apply Lucy’s 85% mortality to the full data set then, in addition to all the fish carrying various levels of sea lice, about 9,000 fish which were recorded as totally free of sea lice will have died from sea lice infestation.

As a reminder, only 8% of this massive sample carried numbers of lice at above the so-called threshold established by Alan Wells, now head of Fisheries Management Scotland.

Something is clearly amiss and that something is not difficult to identify. The common factor is the use of Taranger’s risk assessment.

The latest Norwegian Aquablogg commentary (www.aquablogg.no) has delved into the ongoing salmon industry case against the Norwegian Government’s Traffic Light System. Much has been made in the case as to whether the mortality levels estimated in the risk assessment is a true reflection of what happens in reality. Aquablogg states that the most serious failure is that researchers have never tested their model against the actual mortality of wild fish. It remains just an estimated figure based on various models rather than a true reflection of what happens in the wild. This shortcoming is clearly apparent when the risk is applied to large scale Scottish data. A predicted mortality level of 85% is simply never going to translate into a similar mortality in the real world.

So why is there such a discrepancy between the estimated figures and what will actually happen in the wild? Aquablogg highlights evidence given at the court case in which Solveig van Nes related how she had read all the papers cited as providing an explanation for choosing the estimated risk levels and mortality limits.  It appears that these numbers are very different to those envisaged by Taranger and others back in 2011/12 and provided several examples. She also highlighted that there was some confusion whether the risk related to fish mortality or stock reduction.

However, I think that the cause of the discrepancy is even more basic. A paper by Helland and others in 2015 noted that abundance or prevalence were not suitable measures for their model because of the aggregated distribution. Instead, they use the proportion of individuals above a threshold level of which 0.1 lice/gram fish was suggested. The problem is that the small size of the samples collected do not always reflect the aggregated distribution of the whole population. For example, if the sampling catches 20 fish all with heavy lice infestations, does it mean that they are representative of the whole population or by chance they have caught all fish in the small part of the wider population that are normally infested with large numbers of lice. I suspect this is exactly what has happened in Lochaber with the ensuing claims of an unrepresentative 85% of the infested fish or the whole population.

I am more than happy to discuss such observations however, as I regularly point out, there seems to be an unwillingness for many to want to do so.

Anyone with a PhD will be familiar with the process that requires any candidate to defend their thesis by viva voce. This is an oral interrogation of the research by at least one internal and one external examiner. I am now surprised by the number of research scientists who appear to have forgotten that such interrogation is part of the scientific process. For example, I have written to Dr Geir Lasse Taranger to enquire how the risk assessment relates to the observations of at least three large scale examples of aggregated distribution that I have identified recently from both Norway and Scotland. Unfortunately, Dr Taranger has failed to even acknowledge my correspondence, let alone provide an example. I find it extremely puzzling that there are so many scientists connected to sea lice research who seem unwilling to defend their published findings. Perhaps, they are not so confident of their own research that they prefer to avoid having to respond to any enquiries.

Closed: iLAKS reported that the Norwegian Environment Agency will close 183 rivers to fishing this year. Only 297 rivers will remain open to fishing. This is because catches of salmon and sea trout in 2021 were the lowest on record for over sixty years. The angling fraternity can object to these closures but only until the end of March.

These closures follow an announcement from Ireland late last year that 66 rivers there would be closed to fishing. Of the remaining 81 rivers, 45 would be fully open and the 36 would allow catch and release fishing only.

By comparison, Scotland rivers all remain open to fishing even though catches have collapsed in recent years, just as they have in Norway and Ireland. However, Marine Scotland do not seem sufficiently concerned to adopt a similar approach to these other countries and actually close rivers to fishing in order to protect the remaining stocks of salmon that still exist. I suspect that river closures in Scotland are an inevitability but given that Marine Scotland Science took twenty additional years to introduce conservation limits to salmon rivers after England and Wales did so, in my opinion, safeguarding salmon angling seems to take priority over salmon conservation.

Regular readers of reLAKSation may remember that not so long ago I highlighted that the number of salmon returning to Scottish rivers has been in decline since measurements began in 1971. In 2017, Prince Charles addressing the AST anniversary dinner, said that we don’t know why. Five years on we still don’t know. Until 2010, it wasn’t an issue, after all, angling catches were not only healthy, they were increasing, but ten years ago, the good times came to an end and since then, it looks like everyone is simply scrabbling around looking for answers but avoiding taking any decision.

Instead of taking a bold approach to wild fish conservation, we were recently treated to the wild fish strategy, which offers little hope to wild salmon. This is a strategy moulded by those with their own interests in mind rather than those of the fish. This too is reflected in the proposed risk framework for sea lice. This is aimed at addressing the potential risk to wild salmon from sea lice now that the local salmon stock is estimated to be so low. Instead of investing so much effort in the development of this framework, perhaps Marine Scotland Science might have been better occupied actually finding out why these stocks are so low, so that the problem could be addressed directly. At the same time, if there is so much concern about the marginal risk to salmon stocks from sea lice, then why is this concern about the state of the stocks not extended to the other pressures. Scotland could after all follow Norway and Ireland’s example and close all west coast rivers to fishing to remove fishing pressure on the wild salmon stock too.

Of course, someone will mention that much of the west coast fishing is catch and release, However, I am still waiting to hear the conclusions of the three-year study into the impacts of catch and release angling on wild fish. Marine Scotland Science appear extremely reluctant to publicise the results even with a FOI request yet knowing what risk there is to wild fish from this practice, surely must be of paramount importance, yet there seems a complete lack of urgency to publishing the findings.