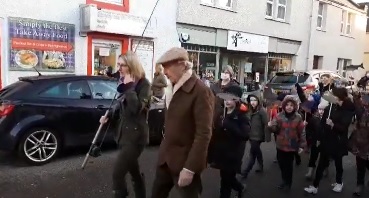 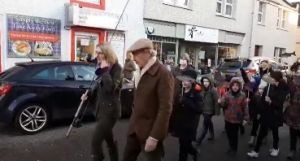 Road to extinction: The long-awaited ‘Scottish Wild Salmon Strategy’ was finally published on Friday together with a message form the Minister that we must now reinvigorate our collective efforts to ensure a positive future for wild salmon. Sadly, if we are depending on this strategy to produce this desired outcome, then the future for wild salmon in Scotland is very bleak. Frankly, those responsible for this strategy should be embarrassed that it has taken well over a year to arrive at a document that probably could have been put together after one meeting. I think I wrote at the time when the strategy was announced that I was expecting the same old message and that is exactly what has been produced. This strategy should be renamed – Scottish wild salmon fisheries strategy as it has more to do with saving salmon fisheries then protecting wild salmon. This is not surprising given the makeup of the stakeholder strategy advisory group, which lacked any truly independent scientific advice.

Instead, it seems that the whole thrust of the strategy is dependent on expert opinion from Fisheries Management Scotland and their members. They have been commissioned by Marine Scotland Science to collate impressions of the relative extent of the pressures affecting wild Atlantic salmon. Far from me to cast aspersions, but one of the pressures is exploitation which is now just the catching of fish for sport. This is of course managed by FMS and their members. At the same time, the greatest criticism of the salmon farming industry comes from the same sources, so although I have now shown, with my new paper, that the declines seen on the west coast are down to changes in wild fish populations occurring across all of Scotland, I am sure that the west coast ‘experts’ from the fishery boards and trusts will have highlighted the whole region as being of high risk from salmon farming.

I will examine the strategy in detail and comment in full in the next issue of reLAKSation, but I notice that one section is devoted to building an evidence base through coordinated research and monitoring. The strategy document includes a graph showing that the numbers of wild salmon returning to Scottish rivers has been falling since 1971, that is forty years ago. How much more evidence is required to see that wild salmon are in trouble and have been for years? Despite this evidence, nothing much has been done to try to halt the declines simply because rod fisheries were largely unaffected and therefore there were no calls to act. Its only when rod catches began to be impacted across all of Scotland after 2011, that the concerns were really raised. Of course, voluntary catch and release, which was first added to the official record in 1994 has been increasing since the mid-1990s. However, it really only became significant during the mid-2000’s but catch and release has clearly not stopped the decline. That is because fundamentally, it doesn’t address the underlying problem, and neither does this strategy.

The Northern Times has this week provided a timely reminder of the misplaced emphasis of the fisheries sector as seen in a video from the Helmsdale river (https://www.youtube.com/watch?v=xpVlwUoiCPI) Could this be one of the last celebrations on the road to salmon’s extinction from Scotland?

Ancestry: Some years ago, the Scotsman newspaper reported that a study of over 5,000 men from across the UK found geographic differences in Scottish ancestry. 29.2 per cent of descendants in Shetland have been found to carry a marker from Viking DNA. In Orkney, it is 25.2 percent and 17.5 percent in Caithness. This compares to just 5.6 percent of men in Yorkshire, south of the border with England.

The researchers also found evidence of the lost tribe of Pits with nearly one fifth of men carrying the Pictish male lineage from Tayside, Perthshire, Fife and Angus. In England, just 1% of men have Pictish origins.

Researchers have been trying to ascertain the ancestry of salmon found in Norwegian rivers or at least how the spread of farmed salmon genes is affecting wild fish. New Scientist magazine reported on a new study that genotyped nearly 7,000 scales obtained from adult salmon to uncover what genetic ancestry with farmed fish means for the pace of development.

The team found that fish carrying genetic markers from farmed salmon smolted earlier than similar wild fish. They also found that the salmon matured earlier and concluded that females descended from farmed salmon matured 0.29 of a year earlier than genetically wild fish and males 0.43 of a year earlier.  The researchers say that this faster pace of life is bad news because it is linked to a whole suite of traits that make salmon less well adapted to their environment. New Scientist report that the offspring of farmed salmon are less likely to survive as juveniles in the wild because they are more susceptible to predators.

The authors say that as long as the flow of genes continues there is increased probability the population numbers will decline because the population will become on average maladapted. For example, the introduction of farmed genes to those salmon stocks that had already produced extremely fast-growing fish, caused a brake rather than acting as an accelerator.

Yet, these claims appear somewhat contradictory. It seems that fish of farmed origin, mature early except in areas where wild fish also mature early and then they mature later. The offspring are less likely to survive predation which means that as the fish get eaten, their genes will have been eliminated leaving just wild fish left in the rivers.  At the same time, given that salmon populations have crashed across all their range, not just where salmon farming occurs, early maturation and fast growth may be desirable to safeguard the population. It is even possible that wild fish are already adapting to warmer temperatures by also growing faster.

However, this commentary is not really about what this study found, but rather what it didn’t find. This paper reminded me of the study looking at human ancestry of Vikings and Picts. The men tested either had the relevant genetic marker or they didn’t. Whilst the salmon paper concerned genetic flow, I thought it would be interesting to see what snapshot of genetic introgression the genotyped salmon scales would produce. Clearly, the nearly 7,000 scales would either show evidence of farmed origin or not, so I wrote to the researchers to ask the question.

I was referred to another paper in which the methodology had been developed and I wrote to the author of that work:

Meanwhile, the study highlighted in New Scientist used a series of estimates and models to arrive at its conclusion.

I am very much reminded of my recent commentary about the impact of sea lice with claims of high mortality from the models yet when the thousands of trawled samples were actually measured, the impact related to only a small percentage of the fish. Could it be that the actual introgression has been over-stated too? The answer is surely in the scale samples.

Unreliable: In the last issue of reLAKSation, I highlighted how Andrew Graham Stewart questioned the reliability of the data supplied by his fellow anglers.  A survey of US anglers conducted by the local tackle shop in Rhode Island found that 53% of 500 anglers claim to have exaggerated the size of the fish they caught.

It’s therefore not surprising to find that so much of the misrepresentation of the salmon farming industry originates from the angling sector. They are already well-versed in the art of over exaggeration.  I was therefore not surprised to be sent an image of the catch-record from the Strontian Angling Club from 1981. The accompanying text says to note the damage salmon farms were doing back then and that no salmon have been caught since the mid-1990s.

Unfortunately, I don’t have any idea at all as to how many salmon have been caught from the Strontian River other than this single piece of information from 1981. This is because the catch data from the Strontian and all other local rivers is amalgamated into one set of figures for the local fishery district. Seemingly, the public are not allowed to know the data from individual rivers in order to protect the business interests of the resident river proprietors.

As angling clubs do sometimes post information on their website, and although the existing information claims that no salmon have been caught in recent years, I thought a web search was merited. Although there are no results for the Strontian Angling Club, there is a link to the Sunart Community Company who acquired the angling rights in 2006. This seems a brave decision if no fish are available to catch as claimed. However, the website dated 2020 states that there are many places to enjoy your fishing in and around Strontian and permits are available for £20 a day or £50 a week. They add that the season runs from 1st May to 30th September.

The river is described as a typical west coast spate river system of approximately ten kilometres in length. It’s an interesting small river with a selection of pools which are easily accessible. The website also mentions that in common with many other west coast rivers there has been a dramatic decline in returning migratory fish. However, a restoration project is underway to restore salmon and sea trout back to the densities the river once held.

Returning to the original comment that no fish have been caught since the 1990s, the implication is that this is because of the presence of salmon farms as demonstrated by the fact that two farm escapees were caught in 1981. Sadly, we must reply on the written word as no photographic proof is provided that these were escaped salmon. Equally, this single page might have been posted simply because no other escaped salmon were ever caught in the river.

However, given this is a very short river, a catch of 10 salmon, average weight just under 6 and a half pounds (largest 10lb) and 89 sea trout average weight 1.4lb (largest 2lb) if constantly repeated would quickly have a negative impact on the reproductive capacity of the river. As the number of salmon returning to Scottish rivers was already in decline, the collapse of the Strontian River could be more likely due to over-exploitation of the stock rather than the result of salmon farming further down the loch.

The fact that fishing is still being advertised and not just by the Sunart Community Company but also by Lochaber Fisheries Trust shows yet again the farmed salmon sector is being subjected to the same over exaggeration as given to the size of the fish that anglers catch.