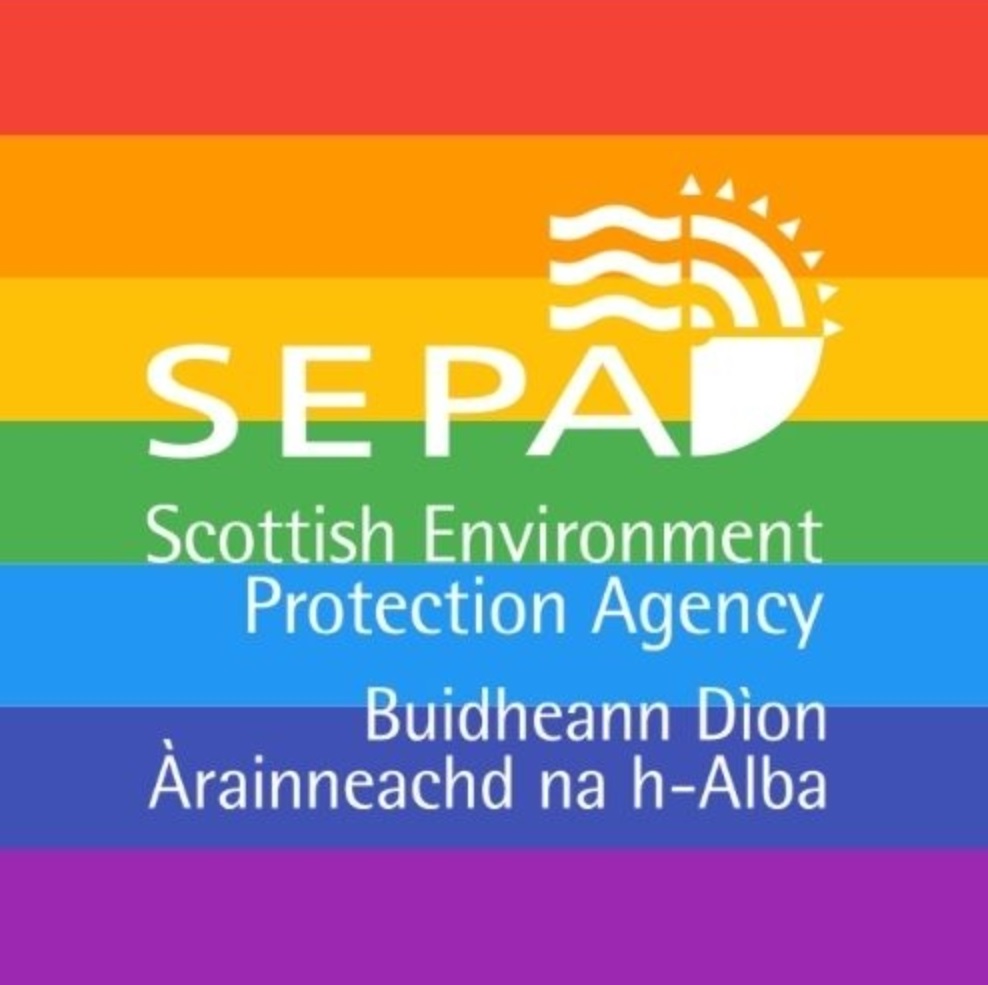 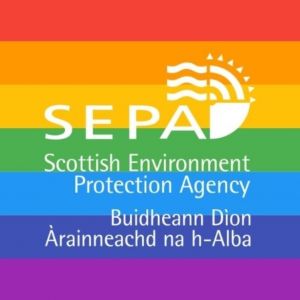 Nonsense: Fish Farmer magazine has reported that the Scottish Environment Protection Agency (SEPA) has launched a consultation on a new regime for regulating fish farming in Scotland. Apparently, the new regime will include not only protection zones for wild salmon but also sea lice exposure thresholds that will apply in these protection zones. This is because SEPA say that protecting Scotland’s wild Atlantic salmon is ‘a national priority’.

This is all very puzzling because during a review of salmon farming by the Scottish Parliament’s Economy Committee in November 2020, Stewart Stevenson MSP asked whether there was a meaningful interaction between farmed and wild salmon by sea lice, to which Peter Pollard, SEPA’s Head of Ecology replied:

“I will start with the big picture. Do we think that sea lice from farmed fish are responsible for the declines that we have seen over the decades in wild fish? No. There is a complex range of reasons, some of which are probably to do with high seas changes.”

SEPA’s Chief Executive Terry A’Hearn was also present at this review and during questioning, Mr A’Hearn repeatedly referred questions to his colleague Peter Pollard to provide further explanation and clarification. There can be no doubt that Peter Pollard’s explanations reflected the views of Mr A’Hearn and SEPA. Mr Pollard made it perfectly clear that in SEPA’s view, sea lice from salmon farms are not responsible for the decline in wild fish.

The reason for my puzzlement is because the first line of the introduction to the consultation clearly states:

“Substantial impacts on the marine survival of wild Atlantic salmon resulting from sea lice from finfish farms have been demonstrated in Ireland and Norway.”

How can sea lice from salmon farms not be responsible for the decline in wild salmon numbers yet at the same time have a substantial impact on the marine survival of wild Atlantic salmon resulting from sea lice?

SEPA say that this substantial impact has been demonstrated in Ireland and Norway. Although they do not cite the references to this work, the Irish paper is clearly the one authored by Dave Jackson and his colleagues in 2013.

“The results of a meta-analysis of the combined data suggest that while sea lice-induced mortality on outwardly migrating smolts can be significant, it is a minor and irregular component of marine mortality in the stocks studied and is unlikely to be a significant factor influencing conservation status of salmon stocks.”

How a minor and irregular component can be interpreted as being a substantial impact would be a real puzzle except for those who have read the last issue of reLAKSation (No 1050) which discussed the specific background to this paper and its interpretation.

“It is clear from this work and the wider body of scientific evidence that sea lice from open-net pen finfish farms in Scotland can pose a significant risk to wild salmon populations.”

It may be clear to SEPA, but such clarity has not yet reached me. Certainly, I am still waiting for Marine Scotland scientists to explain how the papers they cite on their Summary of Science support their claim that the body of scientific information indicates that there is a risk to sea lice from salmon farms.

Terry A’Hearn, Chief Executive of SEPA, states in the press release that Scotland is renowned worldwide for the quality of its rivers, lochs and seas, yet despite this in nearly 60% of salmon rivers across Scotland including the west coast and Western Isles, salmon populations are in poor conservation status. The implication from this statement is that the reason why the conservation status of nearly 60% of salmon rivers across Scotland is poor is because of sea lice. Much later on in the press statement, there is a brief mention of the 12 high -level pressures, but SEPA highlight sea lice as a potentially significant pressure, even though sea lice specifically, are not one of the 12 stated pressures.

The question is what percentage of the 60% of salmon rivers that are in poor conservation status are located in areas where sea lice from salmon farms might have an impact.

The figure of 60%, as quoted by Mr A’Hearn, appears to have been derived from the number of Grade 3 conservation status assessments as a percentage of the total. When conservation gradings were first introduced in 2015/6, they just related to the 109 recognised fishery districts in Scotland. However, anglers soon began to complain, saying that these area assessments did not reflect the conservation status of their own specific river which should be assessed independently of the fishery district. Over the subsequent years, these assessments have expanded from 109 to 173. Unfortunately, they are not all equal, so it is not only wrong, but also misleading, to suggest that the 104 grade 3 listings for 2021 present a true picture of the conservation status of salmon rivers throughout Scotland. For example, the relatively unknown salmon river Abhainn Eig consists of 2,779 squares metres of known salmon habitat, yet the known salmon habitat for the River Tay covers 17,272,512 square metres. These two fisheries appear to have been given equal weighting in the SEPA calculation even though the River Tay is 6,215 times bigger than Abhainn Eig.

According to the salmon-fishing-scotland.com fishing website, there are over 400 salmon rivers in Scotland, so it is unclear whether the 173 assessments carried out by Marine Scotland even cover every area of known salmon habitat. However, I can only work with the data that is available and rather than compare number of graded areas, I have calculated the total area of known salmon habitat for all 173 graded areas. This gives a much better representation of the conservation status of Scottish salmon rivers. The percentage area for each conservation grading is as follows:

Grade 1 conservation status applies to 57.2% of the total assessed areas.

Grade 2 conservation status applies to 15.8% of the total assessed areas.

Grade 3 conservation status applies to 26.9% of the total assessed areas.

Twenty-six-point nine percent for Grade 3 areas is a far cry from the 60% stated by Mr A’Hearn. However, what is even more interesting is when the calculation is carried out for Grade 3 areas just within the west coast Aquaculture Zone. The figure is a surprising 5.96%.

In the context of this consultation, Mr A’Hearn’s statement implies that salmon farming has a much greater impact on wild fish than it might actually have.

If it’s still relevant, which seems very much unlikely, I will return to this consultation at a later date to discuss some of the specific proposals. The consultation remains open until March.

Four things: Not long ago, BC Salmon Farmers published a report showing that the sea lice count around the Discovery Islands has not changed since the removal of the farms earlier this year. Immediately, anti-salmon farming activist Alexandra Morton issued a video response posted on Twitter. She said that there are four things that anyone who cares about BC salmon should know. These are:

This is a common response from critics of the salmon farming industry to anything they hear that they don’t like. It is something I hear often about my own work even though no-one pays me anything to undertake my research. As a trained scientist, it is extremely offensive to be accused of seemingly manipulating data to suit a specific narrative, especially by those who claim to be independent, yet who receive significant funding from organisations such as David Suzuki Foundation and Tides Canada as well as several charitable foundations. It may be some years ago now, but I have not forgotten that independent researcher Vivian Krause identified payments of $33 million from some charitable foundations to fund anti-salmon farming activity including ‘scientific research’. It seems that critics can accuse the salmon farming industry of all sorts of negative activities supported by ‘scientific research’ but any attempt by the industry or those associated with it to undertake research, whether paid or not, to refute these claims is tarred as not being independent. It would be interesting to see if similar claims were made if the industry funded research from some of the world’s top universities such as Harvard, MIT, Cambridge or Oxford. It’s not the funding that is important but the actual research.

Alexandra Morton lists many of the papers to which she has contributed on her website. She says that number is about twenty-five in total, however, although she describes the work as her science, she does not author even one single paper in her own right. She is a co-author of every paper, and it is unclear as to the level of her contribution. In my opinion, Ms Morton, doesn’t seem to understand how the research system works. New research contributes to our overall knowledge and the fact that any research has been published in a journal, top or not, does not necessarily mean that it should be taken as gospel truth. It needs to stand up to scrutiny and in the case of research about sea lice, not all research stands up to rigorous scrutiny. New research can also supersede existing findings as new approaches, or new thoughts come to light. In a recent interview, Ms Morton questioned some other work saying that it must be OK as otherwise the journal would have withdrawn it. It just doesn’t work like that.

As far as I could see, Mainstream Biological were simply defending themselves after Ms Morton questioned the integrity of their work. As previously mentioned, it seems that critics and activists can say or do what they want, but when those attacked respond, they are accused of all sorts of unprofessional activity.

Although I have been working on wild -farmed salmon interactions for over a decade, I have never really paid attention to sea lice counts. Firstly, sea lice follow an aggregated distribution and thus counting lice by sampling may not be representative. Secondly because sampling is so hit and miss. I am also reminded of an event from long before I began my own work in that there was an awareness that one researcher managed to forget to record all the fish that were caught with no lice. Even with the best intentions, it is easy to apply a bias when the results need to fit a theory, although I am not suggesting that this might apply to the data discussed here. By comparison, those paid to collect data are doing just that. Ms Morton said elsewhere that the industry data would never be of sufficient quality to publish as a peer reviewed paper but why would they even want to?

I will end with one other observation. This week I attended a zoom meeting of the Science Café organised by the MDI Biological Laboratory in Maine. The aim of the Science Café is to promote scientific literacy and increase public engagement with science and offer a chance to hear directly from speakers about trends in science. Short presentations delivered in everyday language are followed by lively informal discussions. The guest speaker at this particular meeting was Alexandra Morton.

However, any hope of hearing about any science evaporated when it was announced that Ms Morton would not be doing a formal presentation. Instead, she would just talk, and this is what she did except there was no science just a rambling rant about anything to do with salmon farming which I found it excruciatingly painful to watch. This was not because of the claims she made, but just the way that salmon farming is being portrayed by someone who claims to be not only a scientist, but one who has published in top journals.