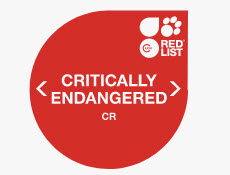 Red listed: The Norwegian Red List of Species was updated this week with Atlantic salmon being listed for the first time. The red list is compiled from a review of 23,406 species found in Norway and those considered under the greatest threat are ascribed the red-list status. According to iLAKS, salmon have been placed on the list because of the serious decline in numbers. Reindeer have also been added to the list this year for similar reasons. The main reason for such declines has in the past been encroachment by man but now many species are suffering the impacts of climate change.

IntraFish also highlight salmon’s new place on the red list but also draw attention to the publication this week of the 2021 status report on Atlantic salmon from the Scientific Council for Salmon Management (VRL). They say that in the 1980s, more than one million salmon returned to Norway each year whereas now the number is half that. They also say that populations are most reduced in Central and Western Norway, which is where there is significant salmon farming activity. As in previous years, VRL say that the greatest threats to Atlantic salmon come from sea lice and farm escapes. They are wrong.

In fact, the biggest threat to Norwegian salmon comes from VRL themselves. They have become so blinkered by the issues of salmon farming and their dependence on models that they are unable to see that the impacts are actually quite small. In my experience, VRL and other ‘experts’ on sea lice are very reluctant to enter into any debate that might undermine their case against salmon farming. Yet, whilst they continue to promote salmon farming as the primary culprit, the real issues go unchecked.

Red listed too: Meanwhile in Scotland, Salmon & Trout Conservation have been campaigning to have wild salmon reassessed by the International Union for the Conservation of Nature (IUCN) red list to reflect its true status today. They have raised £25,000 to help pay for the reassessment.

To the outside observer, it does seem rather strange that an angling representative organisation like S&TC would actively campaign to highlight the threat to the same wild salmon that they want to catch, and even kill for sport. S&TC say that acknowledgement of red list designation is more than a label as it is a platform that will get recognition and conservation resources that salmon so desperately need. A year ago, S&TC pointed out that the European eel was reclassified in 2008 and this triggered a surge in media coverage of the species’ plight. They also highlight that IUCN red listing provides vital information and awareness to guarantee a sustainable future across its range. It is not about preventing use i.e., it doesn’t stop angling. S&TC say that rod and line fishing will continue to be a valuable dividend of this work. For example, The Environment Agency actually introduced catch and release angling for the European eel after its listing as critically endangered.

The critically endangered listing of the European eel by the IUCN has achieved widespread media coverage this week. This is because the International Council for the Exploration of the Sea (ICES) has finally tightened the advice on fishing for eels. Previously, their advice had been to keep impacts of catching to close to zero as possible, which was interpreted as allowing anglers to catch eels as S&TC have suggested. The new advice is for zero catches in all habitats, which means that angling for eels is no longer allowed.

S&TC had highlighted that it was compatible to have a red listing and still fish for the species, even if the fish are returned. The change in advice for eels makes it clear that fish designated for inclusion on the red list should not be subjected to any form of angling at all.

I’ll be interested to see whether S&TC still continue to campaign for a reassessment of salmon red list status, or will they recognise that red list status is not compatible with their members activities?

Sealed: Campaigning to have salmon’s red list status reassessed is not the first time S&TC have actively fought for change. Their website states that ‘our proud record north of the border speaks for itself. They cite their success in putting a stop to the indiscriminate netting of salmon and sea trout along the coast, which they say was unsustainable. S&TC say that they worked hard to close these fisheries ensuring that fish from the most sensitive river populations were not killed and so were able to breed.

I was reminded of this ‘success’ after reading Michael Wigan’s latest column in Scottish Field. He lamented about the poor fishing this year and whether it will be ever the same again. One of the reasons offered why salmon fishing is now so poor is the proliferation of salmon’s enemies in the form of fish-eating birds and seals. He writes that seals are now sacrosanct, and the biggest predator in the sea luxuriates beyond reach. He added that the threat to the US market meant that all seal shooting in Scotland was finally abolished.  I haven’t looked at this issue for a while, but it was previously unclear whether the shooting ban applied only to salmon farms. However, I can understand that wild fish interests would be reluctant to pick up a gun and become the sole target of those against shooting.

Sir Michael considers how the removal of netting stations around Scotland was expected to bring more fish into local rivers. From the 1990s onwards, the salmon fishery boards bought out or suspended their own netting operations in the hope of boosting catches but as Sir Michael points out, it never happened.

Whilst, the likes of S&TC were campaigning for the end of indiscriminate netting, they failed to appreciate that the netsmen were shooting seals in defence of their catch. Once netting ended so did the shooting and seals became the dominant predators, not just through the short netting season but all year round. So successful are the grey seals that they have driven off the common seal.

S&TC are proud of their campaign to ban netting but remain silent about the ever-growing threat from seals that they have created as a result, but don’t worry they will be blaming salmon farmers for the ban on seal shooting.

Seasons end: The latest issue of Trout and Salmon magazine included fishing reports from the end of this year’s season.  Andrew Graham Stewart of Salmon & Trout Conservation continued his other job reporting catches from rivers in Wester Ross, The Shin, the Oykel, the Ness, the Helmsdale, the Halladale, the Findhorn, the Conon, the Carron (east coast), the Cassley, The Beauly and the Alness. As might be expected, Mr Graham Stewart made mention of salmon farming by saying that after a long period of low water, some of the smaller rivers in Wester Ross, at least those without marine farms located close to their mouth did well, once the water came.

The Wester Ross report focussed on the River Ewe which produced some fish as it repeatedly did even when the Loch Ewe farm was operational but the fact that this Grade one river has always produced good sport seems to have been ignored by any salmon farm critics.

Another report in the latest issue of the magazine comes from Skye with the note that before the season came to an end, there were a couple of weeks of good fishing as river levels rose. 32 salmon and grilse were caught between September 29th and October 9th. In addition, a local angler landed a 6lb sea trout with others noting that the size of all sea trout appears to have increased compared to previous years. The question is posed as to whether the dry summer has meant the fish have stayed out longer to feed.

Of course, what is not mentioned is that salmon farms can be found in Loch Snizort. If the River Snizort is typical of how rivers with salmon farms performed, then those without farms as highlighted by Mr Graham Stewart must have had a really bumper year.