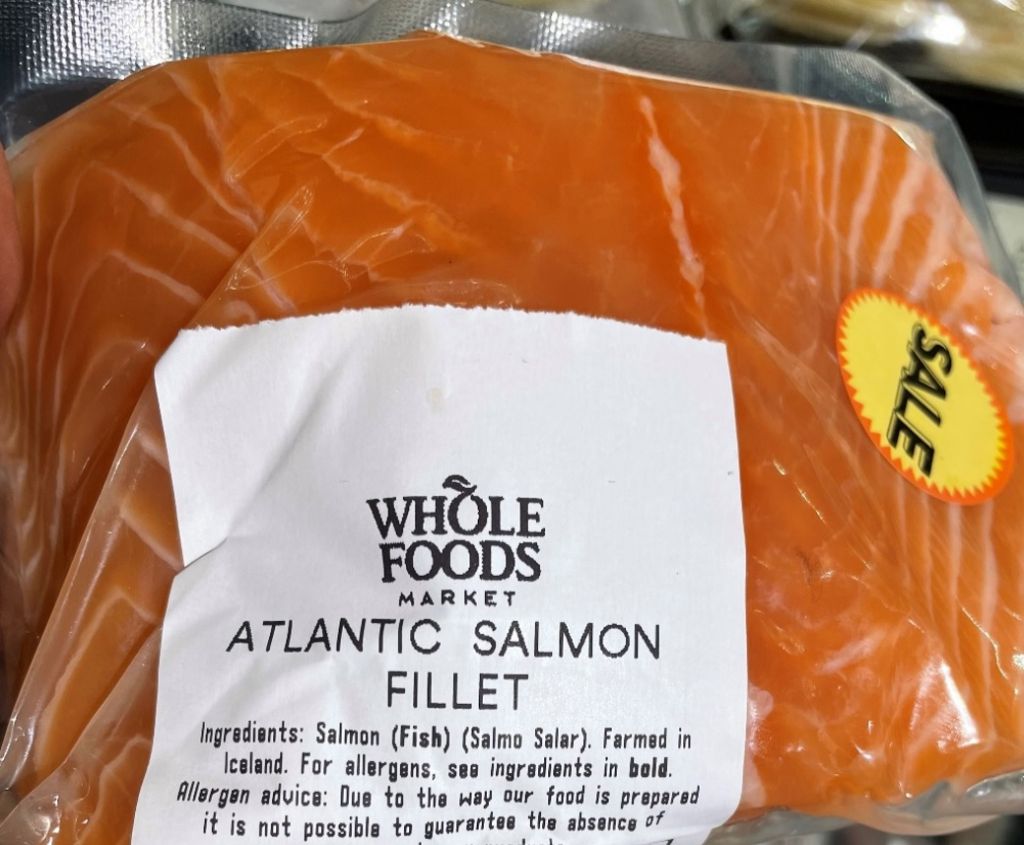 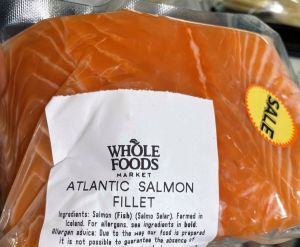 Dropped: Intrafish have reported that the 474 store supermarket group Giant Eagle has delisted Atlantic Sapphire’s land based salmon from their supermarkets. Their seafood director said it just wasn’t selling. He said that cost was a factor with land based salmon selling for $3/lb more than other salmon on offer. The fish counter staff had real problems explaining to customers the difference between land based and traditionally raised salmon and why they were expected to pay more. Giant Eagle had thought that the US provenance of Atlantic Sapphire’s salmon would sway shoppers, but it didn’t. In addition, the land raised salmon did not compare well in its colour against other salmon, which also deterred shoppers.

This news doesn’t really come as any surprise. There has always been a belief that consumers would pay more for fish produced in closed containment and promoted as being more environmentally friendly (even if it is not). There is no evidence to support such a claim, just as there is no evidence to support claims that consumers will pay more for salmon carrying some form of sustainability/environment label, even if they say they will if asked.

I have been watching the retail sector for many years now and would still argue that consumer choice is based on whether the salmon looks good and is at a price that consumers are prepared to pay. Even origin is unlikely to sway consumers as Giant Eagle discovered, especially if it impacts on price.

Closer to home, Wholefoods stores in London were selling salmon from Atlantic Sapphire’s Danish facility but this plant suffered a major fire and consequently, it seems that production has been interrupted, or maybe even ceased. This week, Wholefoods were sourcing their salmon from Iceland but provided no information as to how the fish were being produced. Seemingly, it hasn’t made any difference to their customers.

Atlantic Sapphire has been beset by a range of technical issues and bad luck. However, if many consumers are not interesting in buying the fish because they are either too expansive or confer no advantage in taste or quality, then Atlantic Sapphire and the wider land-based industry may be facing a real crisis.

Preyed upon: According to the University of British Columbia, a popular belief that there are fewer Chinook salmon in Canadian waters for southern resident killer whales has been debunked by their latest study. A new paper reports that the number of Chinook salmon in the Salish Sea during the summer months are four to six times more abundant for southern resident killer whales than those in the north. This follows on from repeated concerns about a prey shortage following measurement of whale size by drones. The southern resident killer whales appear thinner than average than their northern counterparts and this has led to the view that there must be a food shortage. However, it appears that the food shortage does not apply to summertime feeding in the Salish Sea.

Sea West News says that researchers say that people have been talking about prey shortage as if it’s a fact but this is the first study to quantify and compare the amount of their preferred prey. The study, which ran for the years 2018 and 2019 surveyed two areas known to be important foraging habitats for resident killer whales where they intercept migrating Chinook salmon returning to the Salish Sea.

Anti-salmon farm activists have been long trying to link the apparent lack of Chinook salmon prey to the region’s aquaculture operations. One aquaculture official told Sea West News that whenever something happens in the ocean even if its naturally occurring, the activists blame salmon farming. For years, they have blamed fish farmers for the apparent lack of Chinook in the killer whales feeding grounds when in fact this study shows that there is plenty of salmon available to the whales.

Sea West News also says that groups like Orca Lab and Sea Shepherd have attempted to link the deaths and disappearance of the Southern Resident Killer Whale to open-net salmon farming on the BC Coast. At the same time activists constantly refer to a contentious study that claims PRV virus may cause deaths in Chinook salmon causing its decline.

This research shows that if there is a food shortage, then it is not happening in the Salish Sea  during the summer months. The researchers now aim to extend this research to other areas to see if food shortages occur elsewhere. Meanwhile, it is unlikely this research will help curtail anti-salmon farm activity. If salmon farming isn’t responsible for killing the whales food, they will find something else to complain about.

Thinking pink: One of the main claims made about salmon farming in BC was that wild pink salmon stocks were heading to extinction due to the presence of sea lice. The fact that pink salmon numbers didn’t collapse as predicted was explained by changes to farming practice that led to the control of sea lice numbers.

Back in August, Salmon Business reported that 70,000 pink salmon had been caught this year in Norwegian rivers and it is likely that there are in fact many more that weren’t caught. Many of the fish were caught in rivers in Finnmark near the Russian border from where the original pink salmon stock originated, however, Finnmark is home to some salmon farming companies. It does seem that even the presence of these farms has not slowed the growth of numbers of pink salmon in Norway. If one was to believe the Canadian activists, then the simplest way to get rid of these fish would be to build even more farms!

Faeces:  One of my regular correspondents from Denmark responded to my comments about a shortage of fish faeces in the world’s oceans. I am minded to repeat his thoughts given that many salmon farming critics believe that there would be a huge public outcry if what happens on salmon farms occurred on terrestrial farms.

My correspondent provided the following facts: Global salmon farming produces approx. 2.2 million tonnes of fish in an area of about 44km2 which is the area over which most settlement of fish waste would occur. This equates to about 0.000011% of the world’s oceans.

By comparison, the small country of Denmark, which produces about 1.5% of the world’s animal production uses about 8,000 km2 of land for the dispersal of animal manure. This is about 180 times greater than the area used by salmon farms.

The estimated faecal waste from salmon farming globally is about 330,000 tonnes whereas the amount of pig waste produced in Denmark alone is 35,000,000 tonnes, most of which is spread on land, and inevitably much of the nutrient ends up washing into rivers and the seas. Not only can the Danish public see the manure spreading, they can smell it.

Yet, the Danish Government have banned open net farming of rainbow trout in the local waters due to the risk of oxygen depletion and rise in nitrogen and phosphorus in marine waters!

Meanwhile, chicken producers in the Wye Valley on the English Welsh border have now accepted that they may be partly responsible for the build-up of phosphates as thousands of tonnes of chicken waste is spread as manure on surrounding land leaches into the local watercourses.

According to the Gloucestershire’s Punchline, an estimated 20 million birds are now raised in the River Wye catchment area. The local poultry companies now say that they will now mitigate risk and protect surrounding waterways where farms are located.

Tip offs: Another of my correspondents has drawn my attention to a couple of postings on the ISSF Facebook page. About 6pm on the 15th October, the site posted that reports from two farming sites around a named island have suffered nearly 90% mortality. The post states that

‘We have received various reports over the last two weeks of a severe outbreak of disease and gill issues on these salmon feedlots.’

At 11.42 am on the same day, approximately six hours earlier, the site had posted:

It makes you wonder!