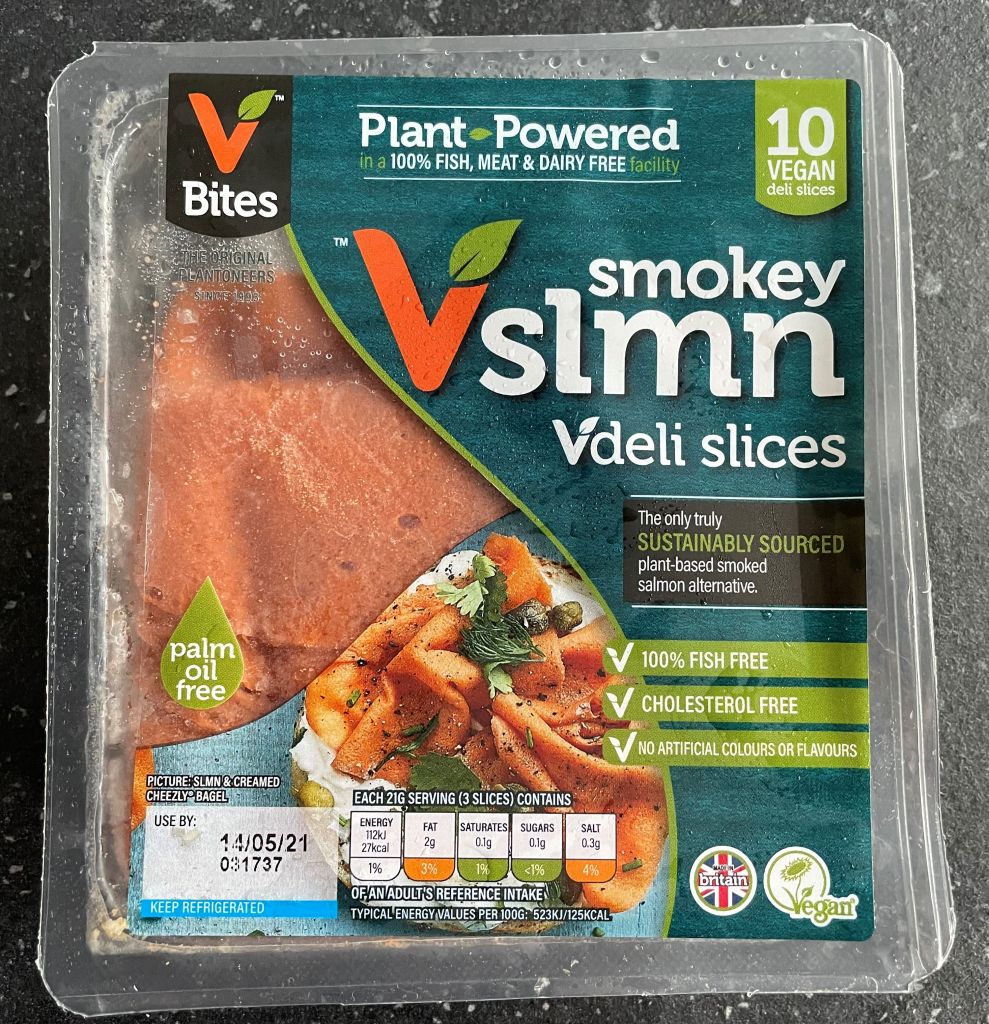 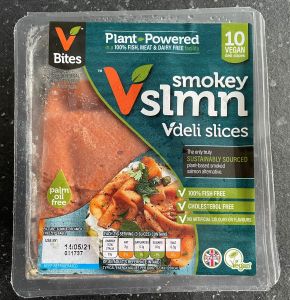 Pro-vegan: The Waitrose supermarket weekly newspaper included a review of the latest film to feature salmon farming as part of a message to persuade the world’s population to change their eating habits. The newspaper’s headline is ‘Kate Winslet’s pro-vegan film gives food for thought’. The headline says nearly everything that the potential viewer needs to know. This is that a celebrity is using her influence to promote her vegan views to what she hopes is a wider audience. However, most viewers might not be influenced by her message as the film relies on scare tactics about other foods, rather than a positive message about veganism. The film does not really give much food for thought and this was certainly the impression gained as I attended one of the films very limited showings on a Monday evening at 6.30 pm. The cinema was half empty despite having just 50 seats and being located in a major city centre. It was definitely not a sell out and I understand the other cinemas were similarly short of a full audience. ‘Eating Our Way to Extinction’ claim otherwise tweeting: Unbelievable to see cinemas sell out so quickly, the feedback has been incredible.

The film titled, Eating Our Way to Extinction’ gets off to a slow start backed by mind numbing music but soon reaches its point – animal production for food is killing our planet. This is because we need to grow food, mainly soy, to feed the animals and in turn, the animals produce vast amounts of waste. In addition, both the animals, and the feed need copious amounts of freshwater which is becoming a limiting resource. Whilst there may be some truth in what is said, the reality is that Ms Winslet and her film-making colleagues are wrong. Animal production is not the greatest threat to the planet. It is we, humans, that are the greatest threat. We farm animals to feed our large and growing population. We are the problem, not animals and Ms Winslet’s solution that we should all become vegans does not solve the underlying problem and threat. Nearly every person on this planet wants to become a parent and in doing so ensure the survival of our genes. This is a natural part of our life but because we have learnt how to expand our numbers beyond the capacity of the planet, we are growing at a rate that is a real threat to the planet in future. It is just that we don’t really know how to fight our natural urge to reproduce. This is the issue that Ms Winslet should use her celebrity to address, not that of an evangelical conversion to a vegan diet.

What the film fails to mention is that if we stop eating meat, then there will be increased pressure on land use to grow more plant protein. The deforested soy fields will simply grow soy for human consumption instead of for animals. Although wide tracts of land are now given over to animal production, much is rough grazing that is unsuitable for growing crops. With an ever-changing climate, demand for water for irrigation will undoubtedly increase, whilst at the same time, adverse weather and flooding is already responsible for wiping out crops or reducing production. Changing from animal to plant-based consumption is not a straightforward swop.

One of the objections raised in the film was that soya was being grown to feed a wide range of animals including fish, such as salmon. They argue that we should be eating the plant protein instead. One vegan product I have encountered is ‘smokey Vslmn vdeli slices’ that are described as fish-free smoked salmon flavoured slices made with soya protein. The ingredient list consists of ‘Water, Rapeseed Oil, Soya Protein, Thickeners: Carrageenan, Koniac Flour, Potato Starch, Sea Salt, Onion Powder, Sugar, Natural Flavouring, Preservative: Potassium Sorbate, Smoke Flavouring, Colours: Annatto, Iron Oxide.

The nutritional details of both products are shown in the following table: 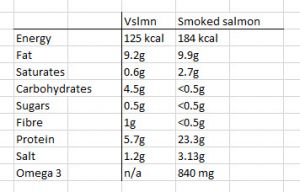 The real issue with the Vslmn is that one would have to be a confirmed vegan to want to eat it. It tastes of artificial smoke and lacks any real substance in terms of texture. I appreciate that I will be accused of bias but meat free eaters I know have tasted it and were equally unimpressed. It is very difficult to get excited about vegan substitutes for mainstream products. Of course, what salmon has that the vegan product does not is loads of digestible omega 3 fatty acids. 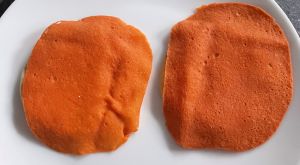 It was interesting that much of the film was accompanied by a very dour soundtrack, which was aiming to match the planet destruction message, yet when the film concluded with young people eating vegan food, the music turned into a happy, jiggy tune which I suspect was included to let the viewers know that such vegan food is the answer.

The reason why this pro-vegan film attracted my attention was that there was a short section about salmon farming, even though in terms of total global animal protein production, the amount of salmon produced hardly registers on the scale. Salmon farming was included for one simple reason and that was because the producers could show pictures of a few salmon that were intended to shock the audience. These images are well-known and are the main tool of so-called anti-salmon activists in their attempts to undermine the industry. However, the authorities and regulators understand that these fish are not representative of the hundreds of thousands of tonnes of healthy salmon produced every year. The salmon industry has learnt that it is all too easy for the one or two so-called activists to gain access without permission and film at first light when these few fish are found near the surface. By comparison, it is extremely difficult to access and film other types of farms and any sickness or mortality encountered and just as we humans get sick, so do animals. Don Staniford, who featured in the film is taking over at Animal Concern, so I now expect to see him post lots of camera footage covering a wide range of species besides salmon. The film also spoke to an anonymous industry whistle-blower but one with no verification. For all the viewer knows, the individual shown could have been a member of the film crew and it was not only salmon farming that was attacked in this way.

The film featured a comment from the SSPO about salmon farming but as CEO Tavish Scott points out in an Intrafish commentary, the film makers were invited to visit a salmon farm and see how the fish are produced for themselves rather than rely on footage gathered surreptitiously by others. Of course, like many other critics, they refused to visit or as Mr Scott says, to give the industry a fair right of reply. The reality is that the truth doesn’t suit their narrative, so it is best avoided. This is a common theme when it comes to salmon farming.

Mr Scott uses an analogy of a football match in which only one team shows up. The same story applies to the film, where only one side is visible. As he says, everyone has a right to choose what they eat – although for many of the global population, there is little choice at all. When we humans can make a choice, it should be based on accurate, balanced information. Mr Scott says that as farmers, the SSPO welcome and encourage dialogue that increases understanding of food production.

As well as using anonymous sources, according to the Waitrose newspaper, the film spoke to experts and renowned figures such as Sir Richard Branson, who also happens to be an executive producer of the film. He is not known to be a vegan.

Unfortunately, as I mentioned earlier, the film is part of an almost evangelical crusade to change our choices to suit those of one of the high priestesses of vegan promotion. As I also mentioned, the real problem is our own population and its continued growth beyond the available resources of our planet. Kate Winslet has three children.