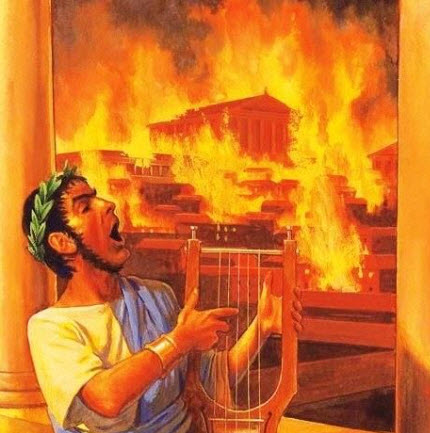 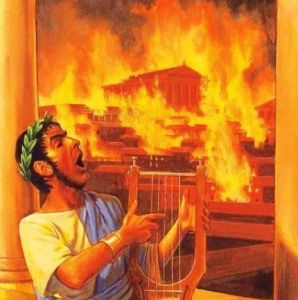 Pop!: Intrafish reports that $1 billion has been lost from land-based salmon farming ventures in just eight months. They ask whether the bubble has finally bust for land-based farms but don’t provide an answer. The question was prompted by recent news from the best-known land-based farming company Atlantic Sapphire.

Previously, Salmon Business had reported that although Atlantic Sapphire had now been selling fish for a year to 2,000 retail locations, the losses have continued to mount up. In the second quarter, the company lost $51.5 million. In the same period last year, the losses were $10.7 million. The latest excuses relate to the availability of liquid oxygen, the lack of which meant fish had to be harvested early.

Such events might weaken confidence in land-based production and undoubtedly this has been reflected in the share price which has plummeted by 7% in recent days. Whether investors can be placated remains to be seen. It certainly has not changed my opinion on the viability of land-based salmon farming. I firmly believe that the land-based farming message has been overly hyped up beyond being realistic. The financial media has seen land-based farming as a cash cow without really understanding the practicalities of production. At the same time, the wild fish sector, who mistakenly blame salmon farming for declines of wild salmon stocks have raged that land-based farming offers the separation needed to keep wild fish apart from farmed salmon. I have always argued that land-based farming will only be a success if there is a good commercial reason for adopting this type of farming. So far, there doesn’t appear to be any such reason.

However, any doubts I have about land-based salmon farming were finally confirmed in a message from Atlantic Sapphire which does not appear to have been picked up by much of the mainstream media. The Fish Site reports that Atlantic Sapphire told investors that it is in the early stages of researching the feasibility of raising Steelhead trout at its Danish pilot facility. They say that growing trout can reduce the production time from 18-20 months down to 12-13 months. They also say that the fish can tolerate higher water temperatures and more adverse conditions than salmon. In addition to the shorter production cycle, the company says growing trout can reduce the risk and lower the cost per kilo, adding that trout may be the ideal species for land-based farming in the future.

The obvious question is why Atlantic Sapphire did not consider other species when the company first drew up its plan for land-based farming, especially as Denmark, where it built its pilot unit, has an established freshwater trout industry. The consideration of a change to another species mid-stream is for me akin to waving a red flag that all is not well with the original plans. Their estimates were all based on salmon and are now considered not to be achievable. Moving to another species is not a solution for Atlantic Sapphire’s problems as demand and markets for trout are very different to salmon. It’s not a simple case of substitution. Commercial farming is about producing what the market wants at the price consumers are willing to pay, not about finding a species suited to a promoted production method. This latest news is a clear signal that the whole philosophy of large-scale land-based salmon farming is likely to be nothing more than an unfulfilled pipe dream. I suspect that the land-based salmon farming has burst with a very large pop.

Elections: In mid-August, Canada’s Prime Minister, Justin Trudeau, called a snap general election pulling the plug on a two-year minority government. According to the Guardian newspaper, the Prime Minister has taken a gamble that voters will reward his administration’s handling of the coronavirus pandemic with a parliamentary majority. The election will take place on September 20th 2021.

However, the Times newspaper now reports that Justin Trudeau’s gamble might have backfired. His five-point lead has vanished and by the end of August he was six points behind in the polls. It seems that a fourth wave of coronavirus and a chaotic Afghanistan evacuation are leading Canadians to look at the alternatives to Mr Trudeau’s Liberal party.

At the moment, the Conservatives appear to be in the lead even though Prime Minister Trudeau has painted the party as regressive on abortion, euthanasia, guns and climate change. At the same time, voters are also looking at the young left-wing NDP party.

The big question is what will happen to salmon farming if one of the alternative parties are elected to Government. Especially, will a new Government continue to press for closure of net pen salmon farms?

The New Democrat Party does not seem to have a specific strategy on aquaculture but call for strong coastal communities, sustainable fisheries and thriving marine and freshwater ecosystems. Their approach to wild salmon will be to conserve, protect and restore critical habitat. They will also implement the recommendations of the Cohen Commission. They say that they plan to work with the province of British Columbia and First Nations to support a transition to land based closed-containment systems. Yet, at the same time, they cannot ignore the turmoil now affecting the land-based salmon farming sector.

By comparison, the Conservative Party have a position on Aquaculture and support sustainable development and growth of Canada’s world leading aquaculture sector because of its ability to provide a solid economic base for coastal communities and create stable long-term employment. They also recognise that salmon farming is controversial and local communities are torn by conflicting studies and claims. They therefore see that any decision must be based on robust science, guided by conservation and be respectful to the communities and families that rely on these jobs.

What is clear is that until the election, nothing is clear. Hopefully, what will emerge are decisions about the future of the industry that are based on science and common sense rather than blinkered activism. It is very likely that with the wrong decision, Canada will be not only left with no salmon farming industry but no wild salmon either.

Nero: The latest letter from Salmon & Trout Conservation Scotland to the Scottish Cabinet Secretary for Rural Affairs reminds me of the saying that ‘Nero fiddles while Rome burns’. Wild salmon are in crisis not only nationally, but across their whole range, yet S&TC Scotland continue promoting their crusade against salmon farming as if increasing regulation will solve the wild salmon crisis.

This latest missive to the Minister is supported by what S&TC Scotland call 28 NGOs and community groups. Several of these groups are part of the Coastal Communities Network whose spokesman comments in the S&TC Scotland press release accompanying the letter but rather S&TC Scotland seem to think that counting each part of the network adds weight to their claims. There is also the vegan and anti-all farming groups, the keyboard critics and commercial operatives. A very mixed group indeed.

However, underlying is the fundamental question that prompted the 2018 Scottish Parliament inquiry that critics like S&TC Scotland see as their Holy Grail. Is salmon farming responsible for any decline of wild salmon and sea trout in the area around salmon farms. I would argue not but S&TC Scotland have steadfastly refused to discuss the facts. They have a narrative and firmly stick to it, even though SEPA told the same REC Committee that sea lice from salmon farms are not responsible for the decline of wild fish.

The letter argues that no tangible progress has been made since the 2018 REC inquiry, but S&TC Scotland simply mean that their envisaged progress has not been made whereas, the reality is very different. It is just S&TC Scotland are not aware of it. This is because of their reluctance to find out what is happening in the sector for themselves, probably because what they will find doesn’t fit in with their existing narrative. This intransigence has already seen them part with the Missing Salmon Alliance over their views on salmon farming.

S&TC Scotland have written to the Minister following the announcement of a review of salmon regulation, which they say will prevent the tightening of regulation until late 2023 at the earliest. S&TC Scotland condemn the review as kicking the can not only down the road but almost completely out of sight.

Perhaps, S&TC Scotland could use this time to address concerns about the wider salmon decline affecting almost every river in Scotland. However, S&TC Scotland have become a one issue organisation and as such probably wouldn’t know where to start to look into any of the other problems impacting wild salmon.

Finally, as mentioned the S&TC Scotland press release includes a comment from the Coastal Communities Network who say that the planning system is set up to give consent to nearly all salmon farm proposals so as a result, many new farms are being imposed on local communities against their will. Perhaps these coastal communities believe that they are different to anyone else. Just because they don’t see the benefit of salmon farms, doesn’t mean that their view trumps all. Planning is a balance and rightly so.