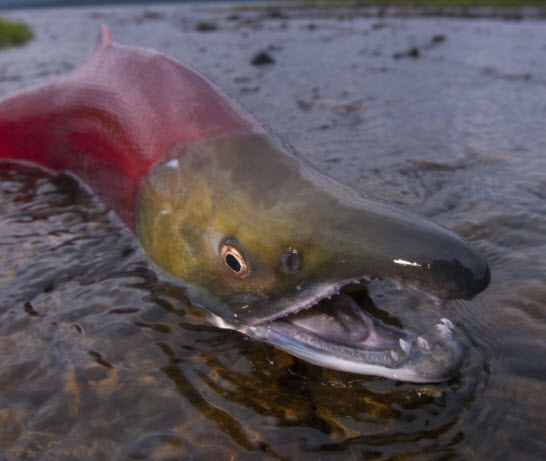 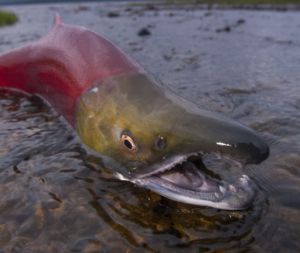 Canada: Following the decision by the Canadian Government to remove open net salmon farms from areas of British Columbia to protect wild salmon stocks because of claims about the damage they cause, details about other threats to wild fish have made the news. These might suggest that other issues than salmon farming are causing greater problems for wild Fraser River salmon.

Florida New Times reports that according to the University of British Columbia up to 85% of historic salmon habitat has been lost in the Lower Fraser River region. Of the 659 square km of historic floodplain, only 101 square km remain. The researchers found that 64% of rivers are now inaccessible to spawning salmon due to dams, locks, and road culverts. In total there are over 1,200 barriers blocking off about 2,224 km of waterway. Dr Tara Martin of UBC said that if there is not enough habitat for salmon to breed then none of the other conservation methods will work. She said that given the magnitude of the loss, the key to helping wild salmon is large scale habitat protection and restoration.

At the same time, Fish Farming Expert report that the Canadian Government have increased fines of the equivalent of over £50,000 for those engaging in illegal fishing or buying illegally caught fish.

The Pacific Salmon Commission (PSC) has said that many Pacific salmon stocks are declining to historic lows with at least 50 populations currently under consideration for listing as species at risk. The decline in stocks is blamed on several factors including climate change, habitat degradation, land and water use pressure, pollution, and fishing pressures including illegal, unreported and unregulated fishing. In their press release, the PSC do not include salmon farming in the list of threats.

The authorities have received increasing reports from the public of illegal fishing and enforcement is being stepped up. So far 212 illegal set gillnets have been removed from along the Fraser River along with other types of fishing gear.

Meanwhile, the Vancouver Sun reports that the number of Steelhead trout returning to the Chilcotin watershed is so low that they could be doomed to extinction. Only 19 fish returned this year down from 3,149 in 1985. A similar picture is emerging from other watersheds. The decline has been caused by oceanic changes and human encroachment which has resulted in habitat loss, increased water temperatures and decreased water flows. In addition, larger fish are ending up as bycatch in non-selective fisheries in the lower Fraser River, especially in unregulated fisheries.

A committee of scientists have recommended that it should be illegal to kill, harm, harass, or capture fish from Interior steelhead runs. However, this protection would mean closing commercial fisheries which would lead to a significant economic loss. The scientists wanted an 84-day rolling closure migrating into the Fraser River, but the authorities have permitted juts one of 27 days.

The newspaper reports that experts have suggested that the imminent extinction of these fish is a foretaste of what is to come for Fraser River Salmon.

Salmon conservation organisation Wild First Canada are also concerned that wild salmon are on the point of collapse, but they place the blame firmly on salmon farming and they are asking candidates in the forthcoming elections to support the continue translation away from open pen salmon farming. They have put out a short video from former chief Bob Chamberlain chair of the First Nation Wild Salmon Alliance who says that wild salmon are important for killer whales, bears, sea eagles and wolves so it might be expected that he would support a total ban on commercial exploitation of wild salmon in the Fraser River, but no, it is only salmon farms that are in his sights.

Yet opposition to salmon farms is not unanimous from the First Nations. Fish Farming Expert reports that the Tlowitsis Nation are keen to see an expansion of Greig’s operations in their territory around the Clio Channel. The Channel is sandwiched between the Broughton Archipelago and the Discovery Islands where salmon farming is being phased out.

Chief John Smith said that the Tlowitsis are always looking for opportunities to benefit the Nation and provide potential jobs. He added that he believes that other First Nations should be looking at developing long-term relationships with salmon farming partners.

I wouldn’t be surprised that if salmon farming disappears from BC, those most vocal against the industry will also disappear from public prominence once that they realise that the removal of net pens has done nothing to halt the decline of wild salmon stocks. BC is likely to end up with no commercial stocks of wild salmon nor any farmed salmon too.

Closed Containment: Over recent weeks there have been several stories and articles about land based closed containment that I consider merit further discussion. I have saved them to discuss in this one commentary as I think that they have much in common.

Of all the stories, the one I found most perplexing was reported by Salmon Business, who related that Pure Salmon, an ambitious land-based salmon farmer launched a smoked salmon brand – ‘La Petite Fabrique du Saumon Fume’.

The smoked salmon produced at a plant in Boulogne Sur Mer is claimed to be one of the best smoked salmon in the world. It is hand filleted, salted with dry salt, has the brown muscle removed and rope hung for smoking. Pure Salmon say the result is an unrivalled product with new happy customers every week.

This is rather puzzling because as Seafood Source highlight, Pure Salmon was created for the sole purpose of developing large-scale land-based salmon farming. The plan is for a combined 260,000 tonnes of production from plants in Poland, Japan, France and the US. The question is therefore with such a commitment to land-based farming why are they producing smoked salmon (bought in from Norway and Scotland) for the retail market in France?

My first thought was connected to the expansion of salmon production in the early 1990s. Increased volume then brought down prices and some produces sought to add value to their salmon by smoking it. Was I seeing a similar response here with expected prices for land-based salmon compromised by increased international production? The message from the early days of lad-based farming was that the salmon produced would sell at a premium process because consumers would be willing to pay more for what was being promoted as a more environmental fish. I certainly never believed that there would be such a price premium and whilst the leading players might be getting a bit of a premium now, any increase in volume would quickly wipe that out. Perhaps, Pure Salmon are planning to get ahead of the game and attempt to add value from the outset.

Whilst there is no guarantee that land-based farming will obtain a price premium, there is no guarantee that they will make a profit either. iLAKS reported that Danish Salmon has only managed to make a small surplus in one year of operation. Since the company was established in 2009, it has otherwise made a loss every year. Currently, they produce 1,000 tonnes a year with plan to expand to 2,700 tonnes.

This should not be a surprise. Even the world leader Atlantic Sapphire is pessimistic for much of the fledgling land-based salmon farming industry. Undercurrent News reported that there are about 90 companies in the pipeline with a theoretical production of close to 2.4 million tonnes. Johan Andreassen of Atlantic Sapphire said that they will all suffer setbacks and roadblocks. He said that each company needs the right people, the right concept and the right location. He added that many companies are in for a rude awakening.

I am sure that they are. I am not convinced about the business model. The early thrust for land-based farming came from anglers who believe that sea lice from open pen farms have killed wild salmon stocks. They argue that wild salmon stocks will be protected if salmon farming is removed from the sea. As yet, there is no proof that salmon farming is responsible for declines of wild salmon which seems a poor reason for such huge investment, especially in technology which is still unproven over many years.

Back in 1988, I attended a conference in Paris about which the only thing I remember was that one speaker said of production in recirculation systems that it would only be viable for small fish or fish with a significant market premium. Harvest size salmon does not fall into either of these groups so is unlikely to succeed.

My critics of open net salmon farming argue that land-based closed containment is already being used to grow smolts but these fall into the small fish category. Small fish have a low load on filters etc, but once the fish get larger, the filtration systems need to be, in my opinion, highly over-specified in order to be viable. I believe that the land-based industry falls far short on that aspect of production and consequently, that is why there are still large mortality events and a lack of profitability.

With ninety companies in the pipeline, there will be plenty of opportunity to see how the concept develops. However, I suspect that most of these companies rely on investors being misled as to the true viability of this form of production. There is certainly a wealth of misinformation.

For example, one company Quality Salmon, told Intrafish that feuding politicians, social media trolling and even death threats all come with the territory of new innovative projects. The company plans to build a 100,000-tonne farm in Sweden despite the voices of ever louder detractors. Two local politicians have sought police protection after death threats were issued against them.

Land-based farms were proposed to protect the local marine environment, yet opponents to a farm at Colpoys Bay on Lake Huron in Ontario claim that the land-based farm is a threat to the ecosystem around the Bruce Peninsula. They claim fish waste, antibiotics and sedatives could be discharged into the local environment. They suggest that the industry does not have a good track record of environmental responsibility and rather than being placed in this rural location, they argue that it should be located in an industrial zone.

Yet, in BC, the Government want the industry to transition to this new technology within four years. It seems to me that most people have little idea as to the reality of land-based closed containment farming. They just see it as a simple solution to their own negative perceptions of the traditional industry and most of these are based on the views of a handful of very vocal critics, who have even less idea about the salmon farming industry.