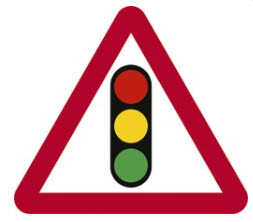 Weak: Fish Farming Expert and their sister site in Norway, Kyst.no have reported that the international committee set up by the Norwegian Research Council to evaluate the scientific basis of the Traffic Light System (TLS) have published an interim report with their preliminary assessment.

The report highlights four areas which were the subjects of the committee’s attention. There are no big pronouncements but rather an indication of some of their concerns. One paragraph of the report stood out to me. This states the paper Taranger et al (2012) seems to be the central document to understanding in terms of how salmon lice mortality thresholds are defined. These salmon lice mortality thresholds are in turn at the heart of the TLS. However, the evaluation committee was unable to track down exactly where the mortality estimates thresholds originate. The assumption is that these thresholds originate from (an unpublished?) meta-analysis provided in a different reference.

In mid-June, I wrote about the results of sampling sea trout in Scotland, the results of which had referenced Taranger’s 2014 paper. I thought it would be interesting to readers of reLAKSation to dig deeper into Taranger’s work and how it impacted on our understanding of the relationship between salmon farming and wild fish. However, I decided to delay posting this commentary because having gone through the work and the associated report, which were published in Norwegian only, I was totally mystified as to the origin of the mortality thresholds.  I thought it was my understanding of the translated reports that was at fault, but I am now relieved to see that I was not alone in this deficiency. I have therefore now posted this commentary in this issue of reLAKSation.

The second point that attracted my attention was that the evaluation committee felt that the instructions to the Expert Group that it should be comprised of people from a broad range of backgrounds who possess expertise in the field was not followed. The evaluation committee appears to suggest that whilst the Expert Group may have sought views from others, the group itself was not made up of those with a broad range of backgrounds. It has always puzzled me that even though the whole focus of the TLS is the salmon farming industry, ably qualified people working within the industry have not been invited to join the Expert Group.

Equally, the evaluation committee recognises that not all new knowledge is generated by scientists working for research institutions. And there are other processes by which knowledge is generated such as those working in the salmon farming industry or in the angling sector and this knowledge does not seem to have been considered in the scientific modelling and other scientific assessments.

The evaluation committee also recommends greater transparency, something to which I would agree. I have asked a number of times over the years for clarification of various points from some researchers connected to the different groups to which I have received similar answers and this amounts to why are you questioning information that has been published in a peer-reviewed paper. The simple answer is that is it may be in a peer reviewed paper, but it still doesn’t make any sense.

The views expressed in this reLAKSation are my own opinion based on available information.

Taranger: In issue 1025 of reLAKSation, I discussed the results of the sea trout sampling undertaken by Wester Ross Fisheries Trust at Flowerdale last April. Unlike previous results, the trust had colour coded the lice/g in accordance with the recommendations made by Taranger and others in 2014. These established a mortality of 100% for fish of under 150g when the infestation was over 0.3 lice/g and a 50% mortality when the range was between 0.2 and 0.3 lice/g. Lower levels of mortality were predicted when infestation was below these levels. Wester Ross Fisheries Trust also listed the risk levels for fish weighing above 150g.

Given the significance of Taranger’s recommendations, the paper, published in ICES Journal of Marine Science provides surprisingly little details about the risk to wild salmonids from sea lice emanating from salmon farms. In fact, although the paper is 25 pages in length, the section concerning the risk to wild fish from sea lice consists of just 540 words. This is not even enough to fill one page of the paper.

The section begins by stating that the risk assessment on salmon lice is based on the policy document on sustainable aquaculture from the Norwegian Government in 2009.  This assumes that sea lice affecting wild fish all originate from salmon farms but ignores the fact that there are naturally occurring sea lice wherever there are wild salmon.

The paper continues that ‘a salmon lice risk index, attempting to estimate (My italics)  the increased mortality due to salmon lice infections was proposed by Taranger at al. (2012a)’. The reference is to a report in the Institute of Marine Research’s internal journal Fisken og Havet and not a peer-reviewed paper. Interestingly, whilst a range of issues from 2001 of Fisken og Havet are available on their website, this specific report is not. It is missing from the publication list. Instead, a contact from Norway provided me with a link to another IMR report from 2012 by Taranger and others with a title of ‘Proposal for a first-generation measurement method for environmental effect with regard to genetic influence from farmed salmon to wild salmon and the effect of salmon lice from farming on wild salmonid fish stocks.’ This report is numbered HI 3/12 and also appears to be missing from the publication list on the IMR website.

In the 2014 paper, Taranger does not describe how the mortality levels were established but in the 2012 report, there is a sort of explanation. Taranger takes the findings from several experimental trials to establish a base level of 0.1 lice/g. The different levels are based on a range of assumptions from various agencies by the Norwegian Scientific Advisory Committee for Wild Salmon (VRL). However, it appears that there has been a great deal of conjecture used in the production of the mortality risk rather than reliance on hard evidence although Taranger does state that the levels should be reviewed as new information becomes available.

In addition to the base level mortality risks, Taranger and others also state that for larger fish (over 150g) a different set of values is required. They say that there is 100% mortality if these fish have over 0.15 lice/g as compared to a value of 0.3 lice/g for fish under 150g. It does seem that 150g seems a strange division between small and large fish given that salmon and sea trout can reach several kilograms in weight. A fish of 150g is not particularly large. In their 2012 paper, Taranger and others don’t mention a specific weight for large fish but do call them veteran migrants and maturing individuals. This does not seem a description of fish of 150g. The decision to describe two different scales of risk was based on the findings of just one paper which involved challenging Arctic Char with sea lice and measuring any changes in reproductive ability. The fish used were over 5 years old and weighed an average of 730g. In 2012, Taranger and others refer the difference between the two groups as ‘one in ten smaller sea trout (around 100g) will have more than 10 sea lice and one in 10 larger veteran sea trout (around 1000g will have more than 100 sea lice’. However, by 2014, Taranger and others appear to have resorted to accepting 150g as the lower weight because this fits in with the laboratory experiments that established mortality levels and thus if below 150g is the lower level then it seems that they decided that over 150g must be the upper level. Finally, this work seems to ignore the reality that larger fish are likely to be more tolerant of increased lice numbers than smaller fish so the risk should be lower not higher.

When calculating the number of lice per gram to ascertain risk, Taranger and other (2014) do not provide any guidance as to which life stages should be in included in the count but in 2012 they state that ‘all life stages must be included’. However, they then go on to say that larval stages do not lead to immediate death and thus they assume the mortality of fish from copepodites and chalimus to approximately equal zero. They say that mortality will only occur when the larvae have developed into mobile stages. Yet, we know from observations made by the Wester Ross Fisheries Trust on recaptured fish, that larval lice can drop of the fish leaving a lower number than at the time of the original capture.

In 2014, Taranger and others state that for both indices (less and more than 150g) increased mortality is calculated as the sum of increased mortality in the sample. This assumes that individuals caught are representative of the local population. However, in 2012, they state that one challenge of this work is that that fish parasite populations are always unevenly distributed. This alludes to an aggregated distribution where most fish have no or few parasites whilst a few have many parasites. They say that to document an average in such distributions, the number of fish must be relatively high because it is important to include a representative sample of the few fish that have many parasites.

Between 2004 and 2010, Norway conducted a large-scale sea trout sampling programme involving 4890 individual fish. When the parasite loading was plotted, the graph produced was a classic aggregated distribution. One of the papers cited by Taranger indicated that this form of distribution did not fit in with the prediction model. Their solution was simply to edit out the large number of fish with no or few parasites, leaving the model relevant only to part of the population. This sampling is cited in Taranger’s 2014 paper, but it does not mention how many fish should be sampled to obtain an adequate view of the risk. The 2012 paper says that it is assumed that the sample size is sufficiently large (at least 100 fish) but if these samples come from only part of the population i.e., only those with high lice counts then in my opinion, it is not surprising that the TLS predicts such high levels of mortality. As I have previously highlighted, in Scotland, the recommended sample size is just 30 fish.

The paper also suggests that sampling is concentrated on the outer part of the emigration route so that the actual infection pressure that the fish experiences is best represented. I suspect this does not mean near river mouths or at the heads of lochs of fjords but rather out at sea. Yet, such sites are the main sampling areas in Scotland.

In 2014, Taranger highlights the limitations of the estimation of the risk of mortality. For example, sea trout are used as a proxy for migrating salmon smolts, but it is likely that the difference in migratory behaviour exposes salmon and sea trout to very different sea lice infestation even in the same body of water. In addition, the link between individual lice infections and population effects is also very uncertain. Taranger says that his work is presented without any estimations of uncertainty which must be included in any future analyses.

In the 2012 paper, Taranger and others discuss the difference between the assessments of values for salmon and sea trout. The Scientific Council for Management for Salmon (VRL) adopted values for salmon alone whilst IMR included sea trout and Arctic Char. They say that although the two approaches are the same, there are several weaknesses but in the absence of anything better both VRL and IMR have chosen this approach as a way of quantifying the effects of sea lice.

I can only wonder that in the absence of anything better how can the TLS be validated as representing the true threat to wild fish? There is far too much assumption and too little actual proof.  This must be a real concern in Scotland, where the authorities are considering the possibility of launching a Scottish Traffic Light System.