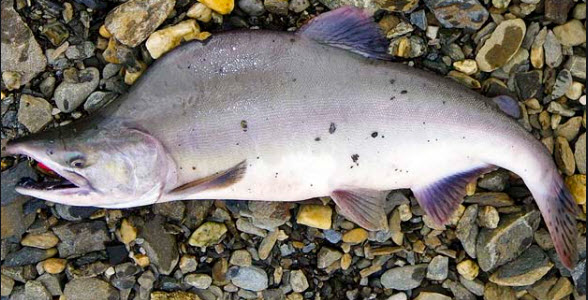 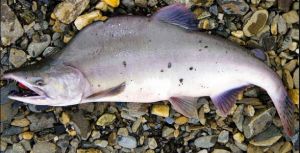 Boarding now: The first issue of ‘Wild Fish’ the new magazine of Salmon & Trout Conservation includes a seven page spread about Swedish salmon angler Mikael Frödin. Mr Frödin’s one claim to fame is that he was prosecuted for trespassing on a Norwegian salmon farm and was found guilty and fined 1500 Euro. It is widely believed that if Mr Frödin had attempted to visit a similar farm in Scotland, then he would not have been prosecuted. This is because the Scottish Land Reform Act of 2003 established the rights of public access to most land and inland water as long as those gaining access act responsibly.

The Herald newspaper recently highlighted a case from 2019 where two local residents were reported to the police for alleged aggravated trespass, a crime created by the Criminal Justice and Public Order Act 1994 against those going onto land to intentionally obstruct, disrupt or intimidate others from carrying out lawful activities. This applies across the whole of the UK but was brought in to deal with hunt saboteurs. In this case, the couple said that they had walked the route for over 40 years, but their crime had been to pass within a few yards of a biomass woodchip shed. Access rights do not extend to the area around buildings. The police eventually decided to take no action against the couple.

The law around salmon farms is also a bit of a grey area. Salmon farms are granted permission to moor at a specific location from the Crown Estate. Those using the sea are allowed to freely navigate around lease areas, but responsibly. Thus, a boat should pass round a salmon farm rather than through the middle.

Most consideration of whether Mr Frödin’s actions would be trespass in Scotland focus on the immediate area around salmon farms. What seems to have been ignored is access to the farm itself. In many ways, this should be considered from the point of view of a yacht owner. If a vessel was left overnight and moored offshore and it was boarded by people unknown who just sat around and took selfies of themselves, possibly opening a couple of storage bins, would the owner be right to call the police, or should the infiltrators be considered as having a right to roam and the yacht is just in their way. The yacht is clearly private property and those boarding without permission are clearly trespassing. Salmon farms are no different and anyone boarding or even touching property belonging to the farm owners are not simply exercising the right to roam. If they are observed, which they never are because those that try to emulate Mr Frödin usually tend to do so at early dawn, then police should be called. The reality is that if those who board salmon farms were to do so as their right to roam, then why don’t they do so when farm staff are present?

Poached salmon: Whilst the conviction of angler Mikael Frödin for illegally trespassing onto a Norwegian salmon farm appears to be celebrated by some within the wild sector, they are not so keen to be so tolerant of those acting illegally against wild fisheries. Fish Focus reported that Police Scotland’s year long Operation Wingspan began at the start of July to raise awareness of wildlife crime.

Fish Focus highlights Fisheries Management Scotland (FMS) a member of the Missing Salmon Alliance – a group of conservation focused organisations which have come together to save our wild salmon. Members of the Alliance are involved in a range of initiatives including efforts to reduce poaching. According to Police Scotland there has been a 282% increase in fish poaching during 2020 as criminals took advantage of lockdown and reduced angling activity to catch and kill wild salmon.

FMS say that catches in Scotland in recent years are at the lowest levels ever recorded. Catches of salmon are the third lowest since records began and sea trout at the lowest ever. Meanwhile the Kyle of Sutherlands Fishery Board have stated that river managers and anglers are making a huge effort to ensure that the reduced number of adult salmon returning to our rivers have the best possible chance to spawn successfully. Any loss of these precious fish to illegal poaching is tragic and reduces the chances of sustaining Scotland’s salmon populations into the future.

I find this view to be rather puzzling. I can understand that there will be dismay if salmon and sea trout are lost to illegal fishing activity but if the loss of these precious fish to illegal activity is tragic, why is the loss of these precious fish to legal activity not tragic too. According to Marine Scotland Science, 3018 wild salmon and 1565 wild sea trout were caught and killed by anglers so preventing them from having any chance of spawning, let alone the best chance of spawning successfully. In the case of salmon, this is 3918 fish that could have spawned but were prevented from doing so legally. This means that they were killed with the proprietor’s blessing as well as the blessing of the conservation focused members of the Missing Salmon Alliance.

The only difference between the legal and illegal killing is that the criminal element didn’t have to pay to catch their salmon.

In the pink: According to the BBC, anglers have been asked to report catches and sightings of invasive Pacific Pink salmon. This follows the capture of a Pink salmon from the River Ness.

Fisheries Management Scotland (FMS) have expressed concern that the Pink salmon will outcompete native Atlantic salmon for food and habitat. The arrival of these fish comes at a time when Atlantic salmon numbers have fallen dramatically since the 1970s. Pink salmon have a two-year life cycle and they were last seen in any number in 2019 so they are expected again this year.

FMS said that they were working closely with the Scottish Government and public agencies to try to better understand the threats posed by the invasive species to native fish stocks. FMS could do worse than read an article that was published in Hakai Magazine entitled – Survivor: Salmon Edition written by journalist Brandon Wei.

The article is long at 4,600 words but it is certainly worth investing the time in reading this informative view of what is happening to Pacific salmon both in the Pacific but also to the fish that now appear in Scottish rivers. Hakai magazine also offers the article in an audio format and I recommend listening to this podcast rather focusing on the written word.

The article and podcast can be found at https://www.hakaimagazine.com/features/survivor-salmon-edition/

It is worth mentioning that the article discusses the threats to Pacific salmon and the issues that have led to its decline, but one factor not included is the question of salmon farming. Why is it that only Alexandra Morton and her acolytes believe that salmon farming is at the heart of wild salmon declines? She is yet to comment.

Wally: My international readers may be unaware of Wally the walrus, who recently appeared in UK waters. Initially he became something of a celebrity but according to ITV news, his popularity is beginning to wane. He has currently set up home in the Isle of Scilly, where he has become a bit of a vandal causing thousands of pounds of damage to boats in St Mary’s harbour.

The local authorities have warned that Wally is now posing a huge risk not only to himself, to livelihoods and potentially to human safety. They plan to deter him using natural deterrents such as sound. They have considered recordings of polar bears, but also air horns and an ADD. The local council said that they hope he can be encouraged to leave the area and head back to his native arctic.

Isn’t it interesting that whilst Wally is now gaining something of a bad reputation, other marine mammals found in the vicinity of salmon farms remain cute, cuddly, and docile and pose no threat to themselves, to livelihoods or to human safety? Maybe salmon farms can be marketed as having zen like qualities.