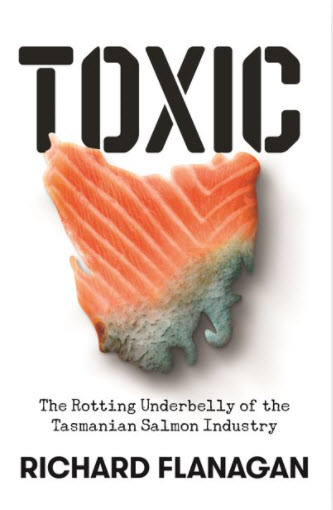 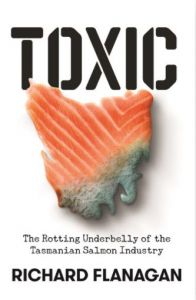 Closed: It didn’t take long for the prediction that Canada might end up with no farmed salmon and no wild salmon to head towards reality. Having made the decision to close down salmon farms in the Discovery Islands at the end of last year, the Canadian Minister of Fisheries & Oceans, Bernadette Jordan, has now announced widespread closures of commercial coastal salmon fishing. In addition, voluntary licence buybacks have been offered with the intention of downsizing the fleet. According to the Seattle Times, these measures represent an urgent effort to protect wild salmon from extinction.

The Minister stated that Pacific salmon are in long-term decline with many runs on the verge of collapse. She said that ‘we are pulling the emergency brake to give these salmon population the best chance of survival. In total 138 commercial fisheries ranging from the Yukon down to BC are scheduled for closures or reductions. The fisheries target all five species of salmon and all fishing gear types including gillnets, purse seines and trolling.

In a statement, the Minister said that ‘the decision to implement new long-term closures and permanently remove fishing effort from the commercial salmon fishery was not easy but with fewer and fewer salmon returning every year, almost disappearing before our eyes – we have to act now.’

Canada has been suffering from an extreme heat wave and the last six years have been amongst the warmest recorded on Earth. Forest fires have burned a record acreage in Canada in 2017 and 2018 so it is not surprising that salmon is being pushed further towards extinction.

Meanwhile, salmon farming critic Alexandra Morton remains strangely silent on the introduction of these measures, even though the intention is to save wild salmon. Could it be that threatened stocks are not restricted to salmon farming areas but can be found across all of Canada. In the same way, is it at all possible that the Fraser River salmon are in decline for exactly the same reason as all these other stocks and salmon farming is not the culprit?

The toxic truth:  It was surprisingly difficult to obtain a copy of Man-Booker award winning author, Richard Flanagan’s book on salmon farming when it was published earlier this year, even as an e book. However, I did find an independent bookshop in Australia who were happy to sell the book and send it abroad. I had planned to write about Mr Flanagan’s book Toxic but there was so much that I felt need to be addressed that I put it aside, preferring to write about more relevant issues.

Now The Mercury newspaper has revealed that Mr Flanagan’s Bruny Island property, which featured heavily in his book, has been put up for sale. I can only hope that whoever buys the property has not read his book. This is because he wrote that what had once been a peaceful and idyllic spot has been blighted by intolerable noise.  The Mercury highlights an extract from the book ‘Great factory ships with their huge diesel engines now beat up and down the Channel 24/7’. He added that it was ‘like the sound of a semi-trailer reversing under your bedroom window.’ Yet the agents describe the property ‘as a place to “relish in the serenity and beauty’. They continue that ‘the property promotes a feeling of calm and peace.’

In his book, Mr Flanagan describes the nearby fish farms as appearing like a heavy industrial site. He said that wildlife has almost disappeared from the local area and that the water boasts bright green slime and strange brown bubbly broth and is more dead than alive. In contrast, the agent says that across the road, it is literally possible to dive into the water, fish or fetch fresh oysters.

Mr Flanagan is best known as the author of works of fiction.

The property can be viewed at https://www.realestate.com.au/property-house-tas-killora-136640346 either in pictures or a video.

There’s a catch: Now that the wild fish sector has had their say about salmon farming, there seems little incentive to examine the other high level pressures affecting salmon, other than the cooling effects of riparian tree planting. If Scotland were to experience the temperatures seen recently in Canada, I am not sure that this approach to salmon conservation will solve anything.

One of the other pressures listed is exploitation and currently the only action taken is to fund a three-year PhD project investigating the mortality of fish caught and released. It seems that we must wait until the student publishes the work before we can find out whether catch and release has any impact on fish stocks. So much for salmon being a national priority.

This week, Salmon & Trout Conservation published their new magazine Wild Fish, which replaces the previous Gamefisher. I guess S&TC continue to try to play down the fishing side of their activities preferring to give the impression that they represent the interests of the fish.

The new magazine includes the usual attacks on salmon farming that are expected of S&TC but I was more interested in a short article – Salmon Conservation for Long Term Sustainability – The Oykel Way.

The local fishery manager on the River Oykel, Steven MacKenzie, describes how the river’s conservation policy has been developed over many years leading to a 100% catch and release policy for 2020. Whilst the catch can be exhilarating and memorable, Mr MacKenzie says that best practice should be followed to minimise the impact of the catch on the fish. He relates that he often hears that ‘my fish took a while to recover’ which suggests that they are recovering from being played but following many observations, Mr MacKenzie believes that the fish are actually recovering from being handled rather than played. He says that even after a long play, fish that slip the hook recover almost immediately and are gone. By comparison, fish that are handled often take time to recover.

Mr MacKenzie also recounts observations of fish caught and kept to supply the local hatchery. He said it was always obvious which fish had been handled as they succumbed to secondary fungal infections on the skin at the point of handling – round the tail and under the belly. This is something I have heard from other angling contacts.

As a consequence, Mr MacKenzie has developed a new method for catch and release where the fish are released off the hook without any physical contact. A short video is provided to demonstrate the techniques.

It has been long suggested that catch and release has a negative impact on wild fish, especially because the angler has usually long gone before the fish succumbs to the trauma. Even if it survives, there is no guarantee that the fish will breed successfully. Any attempt to minimise handling of the fish should be welcomed but given the endless number of photos of caught and handled fish displayed in magazines and on social media, I would imagine that it will take a long time to change angler’s habits.

Non-contact release seems an excellent idea and if it is more widely adopted will negate the need to handle the fish at all. It will also negate the findings of this PhD study on catch and release mortality.