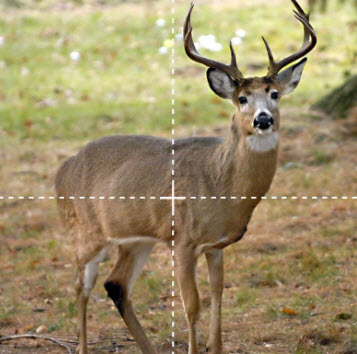 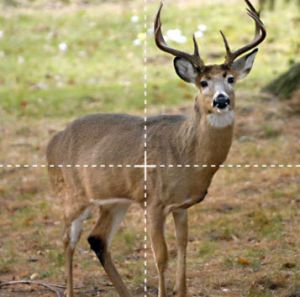 Trees first: According to the Ferret, NatureScot are concerned that this year there is an increased risk of damage to Scottish trees. This has led to charities such as ‘The John Muir Trust’ and ‘Trees for Life’ to suggest a range of measures to ensure trees and peat land are protected from damage.

These measures include a legally enforceable cull target for deer. Each year more than 110,000 deer are culled in Scotland to protect crops and wildlife. Scientists now argue that current levels of culling are insufficient and increasing numbers of deer need to be shot.

It is estimated that the UK deer population is at the highest level for over 1,000 years and that one million deer could be roaming around Scotland. The calls for increased culls of deer come as the current target has been reduced by 10% because of restrictions due to the pandemic. Last year, 115,000 deer of all species including red, roe, sika and fallow were shot. This number was down from a high of 135,000 the previous year. Forestry and Land Scotland (Forestry Commission) said that the cull on their land will be down from 40,000 to 30,000.

The John Muir Trust has said that the current model of commercial stalking does not work and should be replaced with legally enforced shooting.

Criticism has been levelled at the industry that seals are a wild animal and are entitled to live without being harassed by salmon farmers and that salmon farms should be removed from the seas. Does this mean that trees should not be planted in Scotland because deer ought to be allowed to freely roam and eat what they want?

A ban on shooting seals has been imposed because the US have indicated that they will not allow imports of produce that has been reared by harming marine wildlife (even though the US issues permits to kill seals and sea lions to protect wild salmon). However, the ban has been introduced without any advice from the Government, or from the sea protection charities, as to what should be done if a seal does manage to get inside a pen with the salmon. The seal will be distressed, and the fish stressed. As mentioned previously, the critics will say that each farm should be protected by the most secure predator netting, but the reality is that the most determined seal can breach this defence. A short video has recently been published showing a seal trying to undo the ropes. https://twitter.com/i/status/1362737871250145283 The problem is that most of the vocal critics have very little knowledge about seals, but use the issue to attack the wider salmon farming industry. If it were just about seals, then these NGO and NIMBY critics would express similar concern about seals being shot by wild fish interests. In the period 2010 to 2019, farms shot 949 seals, but wild fish interests also shot 902.

This number includes netsmen as well as the Salmon Fishery Boards who shoot seals to protect wild salmon so their anglers can catch and kill them instead. Critics do not seem to think that this is an issue but then most critics are also anglers so they would be pleased to see seal numbers reduced. They just do not say it.

Before licensing, seals were not considered a problem for wild fish interests. Back in the good old days, when anglers used to catch enormous salmon both in size and numbers, seal numbers were much lower. This was because sporting estates used to take their stalking guests down to the coast before being allowed up on the hillsides. This was so they could have a bit of target practice on whatever large mammal they could find to shoot. The intention was to ensure that when guests went stalking their shot would count and that deer were not maimed but killed.

This is not such a problem now given that there are more deer than ever to shoot. The question is why is killing deer in their hundreds and thousands allowed so that trees can be protected but killing a single seal to protect thousands of salmon is not.

A video about seals is available at https://youtu.be/TDqhjV2PXic

Big bangs: In a previous reLAKSation, I highlighted the correlation between increased oil production in Norway and the decline of wild salmon stocks with the following graph: 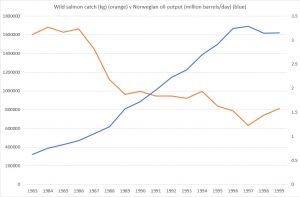 One explanation for this correlation could be the widespread use of seismic surveying with arrays of airguns. These surveys are almost continuous throughout the oil fields and the surrounding areas. Such surveys could cover huge areas of sea. The arrays of airguns fire repeatedly causing loud bangs that can travel hundreds if not thousands of miles. Survey ships must carry observers who watch out for any marine mammals that might swim into the immediate survey zone. Such is the potential damage to these animals, that the observers have the power to stop the survey until the mammals have moved out of danger. Whilst the potential damage to marine mammals has been extensively studied, much less is known about the impacts on other marine life.

In this previous commentary, I also mentioned that the Norwegian Scientific Advisory Committee for Atlantic Salmon (Vitenskapelig råd for lakseforvaltning) (VRL) had published a list of threats to wild salmon stocks in Norway but the potential threat from oil production was not included amongst them. At the time, I suggested that VRL were so convinced that salmon farming was the greatest threat to wild salmon that they did not consider any potential impacts that were not in the immediate vicinity of the Norwegian coastline.

A new paper came to my attention at the beginning of February. This is titled the ‘Effects of a seismic survey on movement of free-ranging Atlantic cod. There is little known about the impact of these surveys on fish, but authors found that there was a potential for seismic surveys to ultimately lead to population level consequences. However, the most interesting thing for me about this paper was one of the references they cited. This was a paper titled ’Effects of sound exposure from a seismic airgun on heart rate, acceleration and depth use in free swimming cod and saithe.’

Why this paper is interesting is not because of the content but because one of the fourteen authors is Eva Thorstad who is a member of VRL, the group who have deemed salmon farming to be the greatest threat to wild salmon in Norway.

It is very hard to believe that following her work with seismic airguns, Dr Thorstad, does not equate the damage they cause to fish with the decline of  wild salmon stocks but then, about the same time as this paper was in preparation, Dr Thorstad was also busy writing her commissioned report for Salmon & Trout Conservation Scotland as part of their campaign against salmon farming in Scotland.   https://salmon-trout.org/wp-content/uploads/2018/01/Thorstad-Finstad-2018-Impacts-of-salmon-lice-NINA-Report-1449-2.pdf In my opinion, like most of these specialist Norwegian scientists, Dr Thorstad is so convinced that salmon farming is to blame for wild fish declines, that nothing else could be to blame.

It is not just wild salmon in Norway that may be suffering because of the activities of the oil industry. Wild salmon declines in Scotland also correlate well with increased oil production in the UK sector. 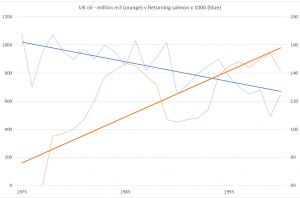 But as most of the government scientists work at the Freshwater Fisheries Laboratory, it is not surprising that oil production does not feature in their assessments of why salmon stocks are in decline.

Norwegian expertise 2: Professor Frank Nilsen, deputy leader of the Traffic Light expert group, told the court in the case of Production Area 4 farmers against the Norwegian Government, that they are a group of ten people with different backgrounds who do not represent their institutions but rely on their own competence.

However, a quick scan of published papers shows that perhaps their backgrounds are not so different. Eight of the members have between them published over 170 science papers that in my opinion could be classed as having a negative view of salmon farming. These would include papers for example, that focus on the alleged damaging impacts of sea lice. Several the papers are co-authored by more than one member of the group. Against this background, it is difficult to accept that the expert group can be impartial, primarily because most wrongly believe that sea lice does have a detrimental impact on wild fish.

During his testimony in court, Professor Nilsen was asked about aspects of sea lice biology by the Government lawyer. According to Kyst.no, he responded angrily saying that it is almost an insulting claim to ask whether we know about sea lice. It is an interesting response because in my experience, I found that sea lice researchers do not like to discuss their work, unless it is to agree with it. My belief is that if anyone is prepared to put their name to a piece of work then they should be just as willing to discuss it in the same way as it being peer-reviewed. Just because work has been published does not mean that its interpretation should not be further explored.

Shoot the messenger: Following the publication of Changing Markets’ report on salmon farming, I was sent the following posts from Twitter. It seems that Changing Markets appear aggrieved at the attention directed towards them accusing some of shooting the messenger rather than addressing the issues. They even write that there is no concrete criticism of their calculations and methodology. However, I am told that this is because they restrict who can respond to them.

The only other way of contacting them is through a general email address, which they never answer. Of course, they will never read my mailings so live in blissful ignorance that the report they commissioned is so poor. Perhaps, if they got the facts right then they might realise that some of the key issues that they claim the salmon industry faces, are not actually issues at all. 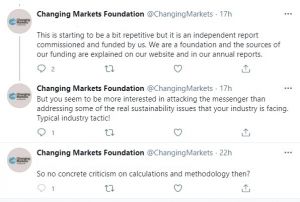 The only other way of contacting them is through a general email address, which they never answer. Of course, they will never read my mailings so live in blissful ignorance that the report they commissioned is so poor. Perhaps, if they got the facts right then they might realise that some of the key issues that they claim the salmon industry faces, are not actually issues at all.